Throughout Isle of Dogs, Anderson masters the hearts of viewers with characteristic ease, finding his customary delicate balance of hilarity, sombreness, and cunning. The dogs were charming. Yet, despite the wit of these animal protagonists, Anderson seems confused regarding what message he wishes to convey; man’s best friend is overshadowed by the jarring cultural aspect of the movie.

Isle of Dogs is a bit of a minefield. As a student of Japanese, I relished the untranslated dialogue, smugly whispering translations to my partner who was watching with me. Anderson used this technique to highlight the power of certain scenes. His visuals (such as facial expressions) don’t always need to be aided by speech, leaving audiences to feel the full emotional impact of each scene’s stunningly crafted visuals. However, there is a darker side to this multiculturalism. Viewers may well agree with some critics who have taken issue with the use of Japanese in the movie. While the Japanese-language script is at times simplistic due to the visual complexity of the animation, this simplicity can also be construed as dismissive when taking into account this movie is set in Japan; the native language of the country swept aside to serve merely as a backdrop.

Unsurprisingly, as a Japanologist, I felt uncomfortable when faced with Anderson’s portrayal of the country and its culture. In Isle of Dogs, Japan is morphed into a Second World War-style military dictatorship, its leader ready to unleash a holocaust on dogs – he even included a shocking shot of what appeared to be gas chambers. Other chilling allusions to the Holocaust are rife throughout the movie, most pertinent of all the election night decree, which triggers the orders to exterminate all canine-kind. Japan was indeed a dictatorship during the war, but the ruthless image Wes Anderson portrays is rather two-dimensional. In a similar way that typical Second World War films ham up the German dialogue to make even the calmest phrases sound angry and venomous, Anderson makes most of the Japanese dialogue sound violent and aggressive. All this politically charged rhetoric is particularly jarring as this movie does not tell a specifically Japanese story. In fact, Anderson himself admits that Isle of Dogs could be set anywhere. This begs the question, why bother throwing around a bunch of stereotypes about a seemingly arbitrarily chosen country, especially a country which is already deemed alien terrain by much of the Western world?

What’s more, Anderson does not reserve stereotypes solely for the Japanese. There were only three significant female characters in the movie, who all act solely as romantic interests. What grated on me most, was the female American exchange student, but not solely because she was one of the pigeonholed female characters. Instead, my main issue with this character was the fact that a white American director had made a movie where a white person comes to a non-Western country and becomes the only figure with the morals and guts to act for change. The Little Pilot may be rebellious, but even he is driven more by the desire to find his dog than by general concern for all canines of the country. It is disappointing that Wes Anderson believes it’s acceptable to write “white saviour” characters, though perhaps not surprising in light of the white narrative of The Darjeeling Limited (2007).

It’s unfortunate that I was left with a resounding feeling of unease on leaving the cinema. Isle of Dogs has great concepts and stellar delivery working in its favour but ends up a confusing mess of cultural appropriation instead. Dear white directors, can we please stop reducing Asian countries to pretty landscapes? 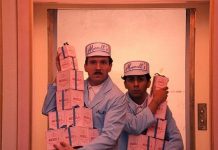 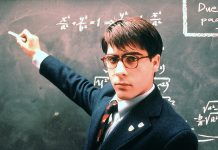 Wes Anderson’s films are nostalgic for the present 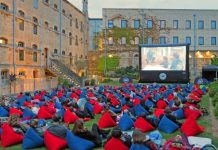