The table, compiled by the Oxford University Living Wage Campaign, ranks each college by a range of factors, including base pay rate, job security, and bonuses 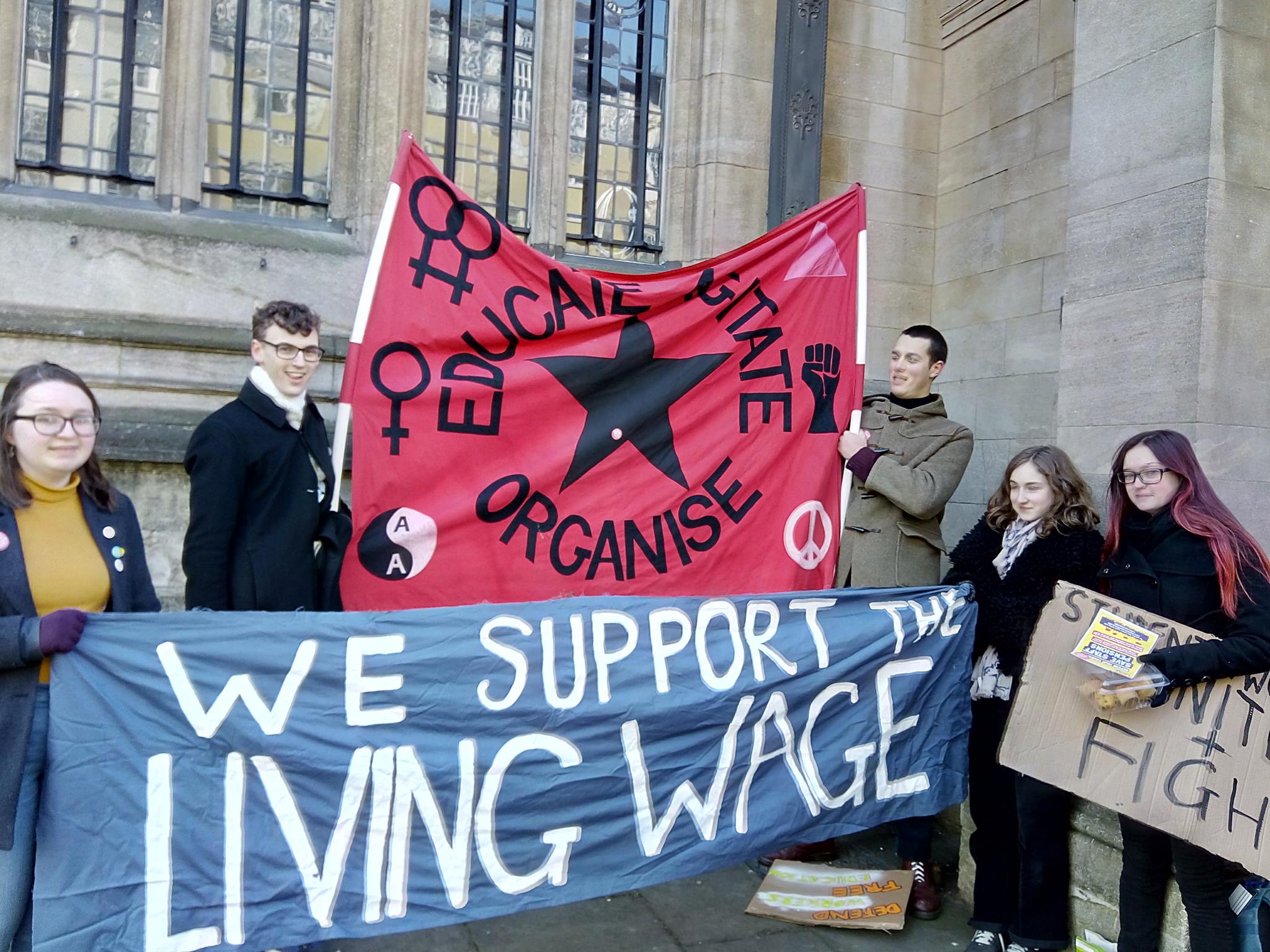 The Oxford University Living Wage Campaign has launched a ‘Living Wage Norrington Table’, to highlight the “underpaid workers whose labour our university lives rely on”.

The table ranks each college and Permanent Private Hall (PPH) by a range of factors, including base pay rate, job security, and bonuses.

It reveals that six colleges are known to not be paying the Living Wage at the time data was received. Meanwhile, as Cherwell confirmed last term, no colleges pay the Oxford Living Wage, which accounts for the higher living costs in the city and is used by Oxford City Council.

In establishing a ranking of colleges, the campaign first used the set of data was the lowest hourly wage paid to college staff in the previous financial year, and the number of staff paid below the current Living Wage as calculated by the Living Wage Foundation in November each year.

They then factored in the payment of bonuses and the use of perks or incentives. These can help alleviate some of the problems with low pay, with bonuses often being paid at periods in the year associated with high cost pressures such as Christmas and the summer period. 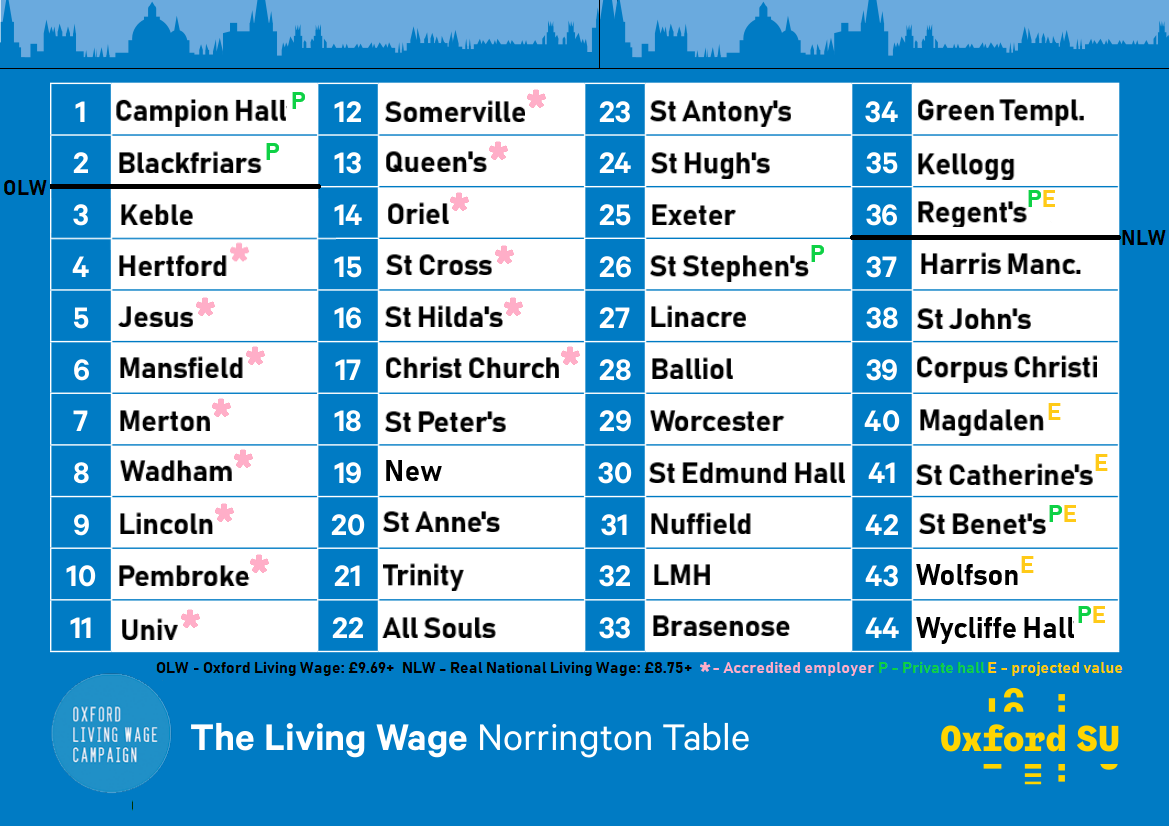 Keble is the highest ranked college, finishing third-placed overall behind PPHs Campion Hall and Blackfriar’s. Surprisingly, however, they are not one of the thirteen colleges accredited to the Living Wage foundation as National Living Wage employers.

A Keble spokesperson told Cherwell: “We intend to pay at least the Living Wage but we do not think that, as Trustees of a Charity, we should be devolving any responsibility to pay and benefits to a third party.”

According to the table, six colleges are not paying the national Living Wage at the time data was received.Two colleges – Harris Manchester and St John’s – intend to implement the wage in May and August respectively.

Meanwhile, Wycliffe Hall and Wolfson have registered non-payment of the National Living Wage but did not reveal current wage rates.

Finally, Magdalen and St Catherine’s did not submit sufficient data, with the campaign using figures from previous years to provide estimates of current base rates.

Outgoing chair of the campaign, Jacob Armstrong, told Cherwell: “The Norrington Table reflects the hard work of students and teaching staff across the university, but often we forget the underpaid workers whose labour our university lives rely on.

“The Living Wage Campaign wants to change that. We have collected data on wages and conditions across colleges and private halls in the university since our inception, and decided to undertake the ambitious task of producing a comparable table based upon base wage rates across our constituent colleges and halls as they stand in 2018.

“A new conversation is desperately needed to address the lack of fair and proportionate wages for non-academic staff, particularly after the City Council has shown such leadership in its recent consultation on the Oxford Living Wage for its employees.”

The Oxford University Living Wage Campaign was founded in 2013 by Oxford students to campaign for a Living Wage for all staff within the university and its constituent colleges.

In 2015, the campaign was successful in lobbying the university to pursue accreditation to the National Living Wage as set by the Living Wage Foundation, currently set at £8.75/hr.