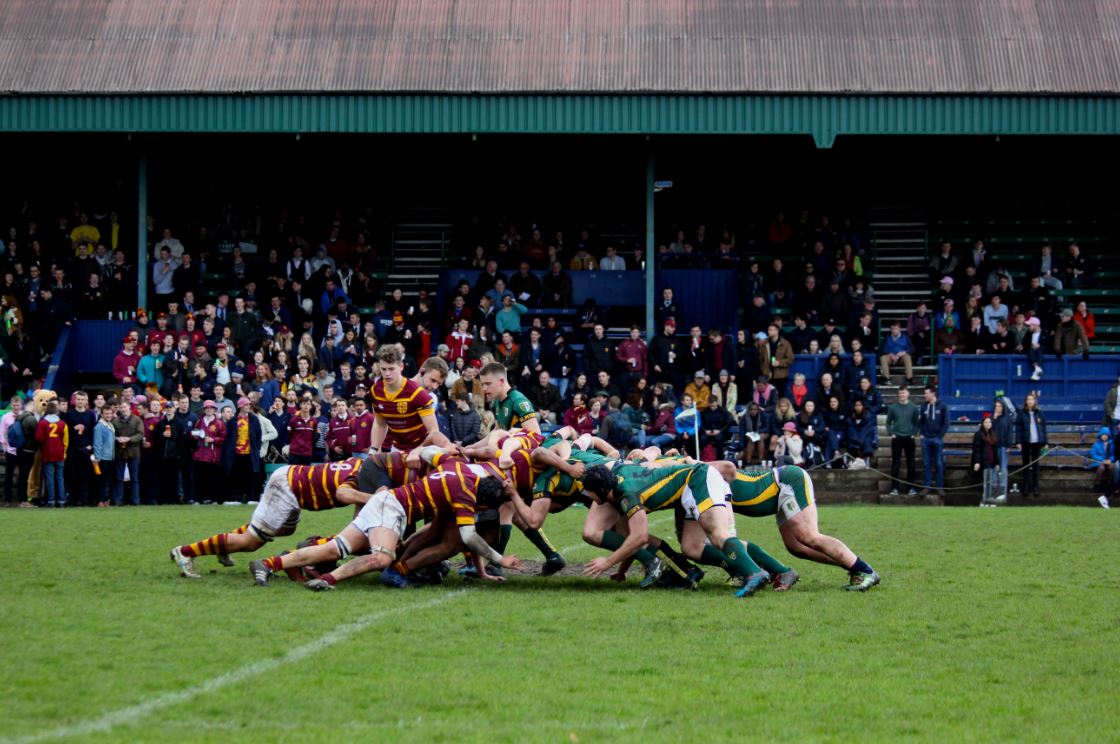 Finals Day started with a hard-fought encounter between Exeter and Pembroke in the men’s Bowl final, which saw the Turl Street outfit edged out 30-18, before a combined Somerville/Corpus Christi side thrashed Univ 61-15 in the men’s Plate final.

Next, in what was the first ever 15-a-side women’s rugby Cuppers final, a talented Pembroke side featuring reinforcements from New, Mansfield and Teddy Hall proved too strong for a coalition of Brasenose, Wadham, LMH, and Kellogg (Waddlelog).

Finally, in the men’s final, Teddy Hall edged out St Peter’s in extra time in the most dramatic of circumstances: Tom Dyer’s drop goal was the difference between the two sides, as Peter’s dreams of a league and cup double disappeared.

The women’s encounter was cagey in the opening stages, with both sides looking to break the gain line with powerful bursts around the fringes of the rucks.

Once the women in pink managed to get the ball out to their backs they found their rhythm, with eventual player of the match Bethan McGregor linking up with full-back
Connie Hurton and winger Violet Smart to devastating effect.

McGregor tore holes through the Waddlelog defence in a scintillating end to the first half, running in two tries and setting up Hurton for another to take Pembroke into the sheds 15-0 up at half-time. The lead was a fair reflection of their dominance, and it seemed like there was no way back for Waddlelog.

The match would prove to be a tale of two halves, however, as Waddlelog stormed out of the gates in the second half to pile on the pressure.

Buoyed by important turnovers at the breakdown from outgoing Blues captain Sophie  Behan, Waddlelog managed to convert pressure into points as forwards Shekinah Opara
and Gwen Cartwright stormed over the try line to give Waddlelog realhope  of a comeback.

The match was set for a grandstand finish that saw Pembroke camped on the Waddlelog try line in the dying minutes, only for full-back Sophie Trott to somehow emerge with the ball and weave through the pink defenders on her way to the tryline.

Unfortunately for Trott, the only obstacle in her path was Hurton. The cross country Blue put in a last-ditch, try-saving tackle and secured an historic win for the Pembroke women, much to the delight of a raucous Iffley Stadium.

In the men’s game, it was Teddy Hall who dominated possession and territory early on, but they were repelled by a ferocious Peter’s defence.

Against the run of play, the backline which had torn up Division One drew first blood: Tom Stileman burst through before soft hands saw Julian Madison beat the last Hall defender
on the outside, scoring to the right of the posts.

But their opponents hit back: a five-metre scrum and several pick-and-gos, Teddy Hall took the lead, converting a try to go in 7-5 up at the break.

After the interval it was Peter’s who took the ascendency, adding a further try but again failing to add the conversion. A powerful rolling maul then left prop Noah Miller unmarked
in space to touch down for Peter’s third try, and James Povey’s kick left it 17-7 with 20 minutes to play.

With tempers flaring between the two sets of supporters in the stands, the game continued with renewed vengeance on the field. A Peter’s scrum on the five-metre line bobbled out the back, with Edward Gillard the first man to the ball to claw a score back for Teddy Hall, and Tom Dyer’s second conversion made it 17-14.

Suddenly dominant at the scrum, the Hall’s persistent pressure on the Peter’s 22 was rewarded, as a set-piece collapse gifted Dyer an easy penalty to level the scores. Though
the kick-off was later converted to a Peter’s penalty in a similar position as the clock went dead, Povey’s kick skirted wide, and the game went into golden point extra time.

Awarded a penalty right in front of the posts shortly later, Peter’s had the opportunity to win the game. Remarkably, haste struck the otherwise-faultless Stileman, who forgot the nature of golden point and opted for a quick tap instead.

With only a few minutes left on the clock, a blatant high tackle saw Blues stalwart Lisiate Fifita sent to the bin, but the ensuing penalty went agonisingly wide.

Soon afterwards, Dyer dropped back into the pocket for the drop goal: he slotted home to send the Hall into pandemonium. 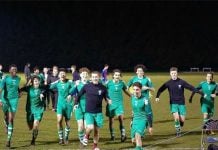 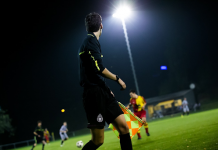 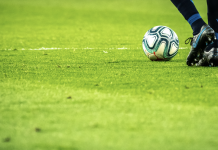 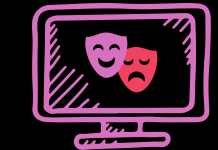 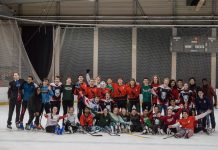