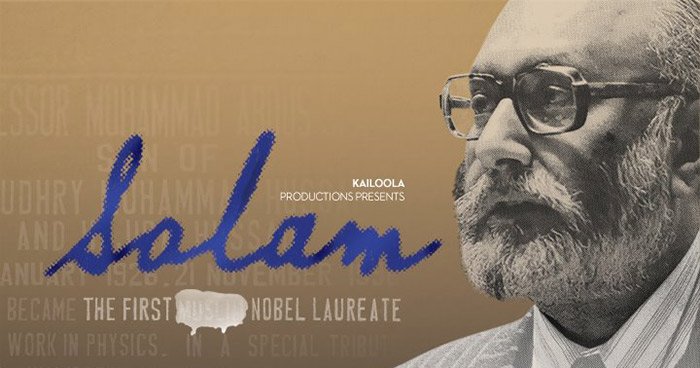 The leaders of Oxford’s Pakistan Society have been accused of “intolerance and bigotry” against the Ahmadi religious minority after they allegedly neglected to screen a documentary about Dr Abdus Salam.

The documentary, which was screened on 12th May by the Oxford University Ahmadiyya Muslim Students Association (OUAMSA), described the life and achievements of Salam, who won the Nobel Prize in Physics in 1979.

Salam, who identified as an Ahmadi (or Ahmadiyya) Muslim, was the first Pakistani to win a Nobel Prize.

Ahmadis face constant discrimination and ostracisation in Pakistan, where they were declared “non-Muslims” under Pakistani law in 1974 – a stance which has been repeatedly criticised by the international community.

Accordingly, very little is known about Salam’s achievements in his home country. Though the inscription on Salam’s headstone in Pakistan originally read “The First Muslim Nobel Laureate”, the word “Muslim” has since been chipped away by vandals.

PakSoc and the Oxford University Islamic Society were allegedly contacted by OUAMSA President and Oxford PhD student, Noman Chaudhry, in January about co-hosting the documentary screening. The PakSoc committee at the time allegedly expressed willingness to co-host the event.

In the months that followed, Cherwell understands that the PakSoc committee debated whether or not to co-host the event, making the eventual decision to co-host the screening.

However, the society failed to make their support for the event public until the day of the screening when they shared the event on their Facebook page. In the end, PakSoc did not co-host the event.

In an earlier statement, Chaudhry said: “I contacted Pakistani Society two months ago about the screening. I had numerous chats with the committee members, including the President, at various events.

“I was told that they were still discussing the matter and that they had other events to focus on, and that there were reservations within the society.”

The Oxford University Pakistan Society told Cherwell: “There was never any objection to the Society fully supporting the screening and encouraging our Members to attend.

“Subsequent to this, there was a failure and significant lack of urgency on the part of the Committee to formally communicate this to AMSA Oxford in due time.

“Due to a lengthy decision-making process, and ample back-and-forth debates within committee, we failed within this time to carry out even the promotional support that everybody on Committee had by unanimous consensus agreed to extend to this event.

The society added: “Any suggestion that the Oxford University Pakistan Society is in any way opposed to the rights of the Ahmadiyya Community or to the recognition of Abdus Salam’s incommensurate achievements are inaccurate and we sincerely regret that our actions have implied otherwise.

“The whole Committee stands firmly behind the Ahmadiyya Community, both inside and outside Pakistan, opposing any kind of discrimination and persecution perpetrated.

“As a Pakistan Society, we recognise the incredible contribution of the Ahmadiyya Community to the development of Pakistan, not least the extraordinary work of Professor Dr Abdus Salam.”

PakSoc confirmed that they are re-evaluating their decision-making process and communication channels to ensure this situation does not arise in the future.

In a show of support, the majority of the PakSoc committee, along with Malala Yousafzai – PakSoc’s Spokesperson and 2014 Nobel Peace Prize recipient – attended the screening.

Extremely humbled and proud having organised the first UK screening of @salamdocufilm at @UniofOxford.

Win for Oxford and Abdus Salam, loss for bigotry and narrow mindedness. pic.twitter.com/HSTglfT1wQ

In a statement made the day after the screening, PakSoc said: “We regret we couldn’t co-host Dr Salam’s documentary. We had made the decision to co-host on May 8th 2018 but unfortunately this decision was not conveyed to the organisers in time.

“We have also reached out to AMSA and have agreed to collaborate in the near future.”

In a letter responding to PakSoc’s statement, screening co-organiser Mashal Iftkhr said PakSoc’s conduct regarding the screening had “baffled” her and her co-organisers, causing them “great shame and regret.”

She added: “Following inexplicably long silences in spite of repeated contact attempts, we had been informed that Oxford University Pakistan Society did not want to co-host the event and did not want to be affiliated with the event or promotional material in any way at all.

“When asking for a reason, we have either been ignored entirely or been informed that the event would risk ‘controversy’ and no further details were elaborated.

“This gesture cannot reasonably be seen as attempting to meaningfully co-host and cannot interpreted as anything other than a face-saving tactic in light of news spreading of the committee’s decision making. For this reason, the offer was declined.

“We are sure the Oxford University Pakistan Society committee is painfully aware of the enormous suffering of our fellow Pakistani minorities and the persecution they face on an institutional, economic and societal level.

“The deep intolerance and bigotry that Ahmadis face on a daily basis is unfathomable to those of us who are in a greater position of privilege. It is all the more disappointing that this miasma would be perpetuated here in UK by Pakistani Muslims who face bigotry and prejudice themselves.”

Iftkhr’s letter further called for PakSoc President Haroon Zaman’s resignation, claiming: “If the President does not offer his resignation, we shall unfortunately have to take matters further with regulatory bodies at the University to ensure such discriminatory behaviour is met with appropriate disciplinary action.”

Students responding to PakSoc’s statement on Facebook wrote: “What kind of apology is this? The missing word of ‘Muslim’ speaks volumes.”

“How can you expect England and others to defend Muslims and encourage tolerance and diversity when you can’t even do it with your own brothers and sisters in Islam?”

“Please own up to your bigotry instead of coming up with excuses now that you’ve been caught. Learn to be more tolerant about others’ beliefs.”

A former committee member added: “As a former President, I am pleased you are finally acknowledging you were wrong. However, it should never have come to this.

“If you won’t support the very few heroes we have, who else will?”

On Thursday, Chaudhry told Cherwell: “We expressed our grievances to the OUPakSoc four days ago. Since then, we have had a series of talks with the committee in order to seek an honest public apology for the utter disregard shown, and in order to ensure that the committee held no religious prejudice and hate for the Ahmadi Muslims, secure a public commitment to holding an educational event (e.g. panel discussion) on the persecution of Ahmadi Muslims in Pakistan.

“On Wednesday we received a notice from the committee that they would commit to a joint public statement that would include an appropriate apology and a commitment to an event during the Committee’s tenure on the persecution of Ahmadi Muslims in Pakistan.

“It is now over 24 hours later and they have failed to produce a signed statement by the President of OUPakSoc. We are concerned that this is because the statement contains references to the Committee acknowledging equal rights for Pakistan’s Ahmadi Muslims.

“As a result of the events of the past few days, we have lost faith in Mr. Haroon Zaman’s ability to lead as the President of OUPakSoc. He has failed to take our concerns (and concerns of numerous civil rights and human rights activists as well as other student bodies) seriously and has adopted a stubborn posture in the face of genuine criticism.

“It is with great regret therefore that we now press on to call for his resignation.”

PakSoc told Cherwell: “The Oxford University Pakistan Society apologises unreservedly and regrets the creation of a perception that the Society may have in any way been biased against the Ahmadiyya Community.

“We realise that through our initial over-cautiousness as well as subsequent failings in communication and urgency, we misrepresented the principles that we stand by as a Committee.”

The documentary, Salam – The First Muslim Nobel Laureate (stylised with “Muslim” crossed out) traces Salam’s journey from a small village in rural Pakistan to the UK and Italy, where he made substantial contributions to the fields of theoretical and particle physics.