CherwellIndependent since 1920.
Comment A vote on the Brexit deal is only democratic 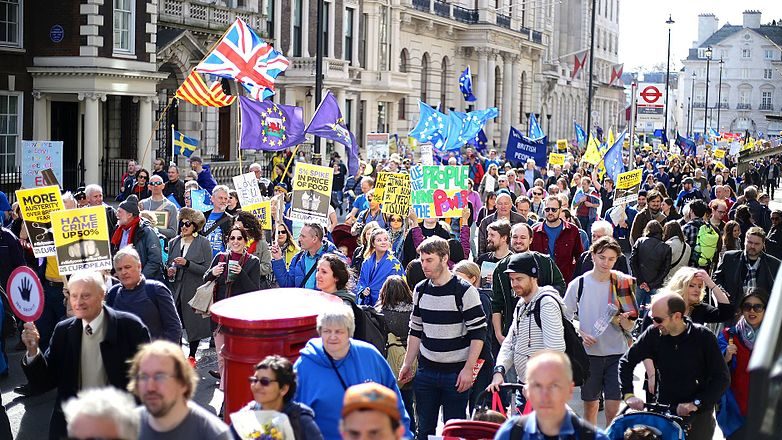 The current approach to Brexit is mired in chaos and confusion. After 40 years of Eurosceptic rhetoric, the government is still unable to agree with itself, let alone the EU, the kind of Brexit it wants. While Tory MPs and journalists scramble to evade responsibility – Fraser Nelson, editor of the Eurosceptic Spectator magazine, recently blamed these troubles on the fact that Tory Eurosceptics were “reformers not leavers” who had “never really gameplanned” actually leaving – Britain’s future prospects are under grave threat. This amateurish and chaotic approach to Brexit makes the case for a people’s vote quite by itself.

It doesn’t have to be like this. We are not doomed to roll over and accept whatever halfbaked deal David Davis brings back from Brussels.

In April, the People’s Vote campaign was launched to ensure that the people can have the final say on Brexit. It seems a little strange that political figures who have spent their careers campaigning in the name of democracy to allow the public a say on European matters have found themselves rebuffing calls for the electorate to confirm or reject Brexit.

Yet in the increasingly surreal world of Brexit Britain, the angry rejection of the idea of another vote has taken on precisely this tone. Those campaigning for the people to have the final word have become saboteurs to be crushed. The people have become the enemies of themselves. Yet, I believe, a vote to confirm or reject the deal eventually negotiated is a democratic imperative.

The mandate from June 2016 is simply not strong enough to carry out this immensely harmful project. The variety of voices from the leave campaigns, from the MEP Daniel Hannan’s insistence on a globe-trotting free-trading Britain, to the nativist isolationism of the Faragebacked Leave.EU, means that the vote was not a majority for any one form of Brexit.

People voted for a spectrum of engagement with Europe and institutions, with models for a post-Brexit Britain resembling anything from Norway to North Korea. We need a vote where the facts of Brexit are on the table. In a general election, people not only can vote on the manifestos that parties can implement in government, but they can also punish leaders for reneging on them. No such democratic safeguard exists from the referendum — there was no one clear set of principles and policies that voting Leave signified. Vote Leave will not have to fight another campaign or defend the promises that they made to the electorate. Rather than being just a ‘re-run’ of the vote from June 2016, this will be the first referendum on the reality, rather than the fantasy, of Brexit.

Then there’s the new information that has come to light since the vote. There’s the fact that our economy has gone from the fastest to the slowest growing in the G7. The fact that EU-national NHS staff are leaving in droves. A divorce bill of £40 billion, not mentioned once in the campaign, will continue being paid off until 2064 – by our generation. The attempt to negotiate a solution to the Irish border shows how the Brexiters’ irresponsibily blithe dismissal of such difficulties before the vote has become exposed by the realities of geography and international law.

It’s simply wrong to say that Brexit is an “unstoppable express” as Boris Johnson has done. Lord Kerr, who wrote Article 50, has said that it can be unilaterally withdrawn, and the rest of the EU has made it clear that Britain would be welcomed back in. Attempts to sow doubt over this are yet another example of Leave-backers playing fast and loose with the facts. Brexit is more important than any one general election.

We won’t get another look at it in another four or five years. It is a hugely significant process that will have wide-reaching effects on the population for generations to come. 1.5 million young people – including most freshers at this university – have turned 18 since the vote, yet will be denied a say on this generation-defining issue.

The only way to settle our future is to return to the ballot box and let the country make a choice on the final deal: a people’s vote for our future.