“Love is so short, forgetting is so long,” This kind of understanding of connection, of push-and-pull and cause and effect, is a quality that permeates the body of Pablo Neruda’s poetry.

His poems, originally written in his native Spanish, work to convey nebulous ideas through tangible phrases and concepts. Sensuality and love are turned from vague, intangible feelings into palpable motifs visible in real life. Under Neruda’s pen, the Chilean countryside is inextricably linked to the physicality and emotionality of the Chilean people.

The evocative strength of his poetry lies in his ability to condense amorphous feelings to the simple yet universal truths behind them. In drawing comparisons between the reliable cycles of nature and the metamorphic, often volatile intricacies of human sentiment, Neruda lends a sense of regularity and recognisability to popular poetic subjects that could so easily be treated with melodrama and hyperbole.

In an article for The New Yorker, journalist Mark Strand describes an excerpt from Neruda’s first major work, Twenty Love Poems and a Song of Despair, by remarking on “the naturalness of these lines, their exuberant and youthful melancholy, their casual repetitions, their overall simplicity”.

Pablo Neruda’s singular appeal, in short, stems from his understanding of the sensuosity of simplicity. He does not rely on depictions of grandiosity, or attempt to encapsulate sweeping human experiences in their irrevocable, unattainable fullness. Instead, he chooses to emphasise the smaller, often unnoticed, patterns and connections underpinning our emotions. This renders them accessible and palpable to the reader in an unexpectedly intimate way.

Neither of his two most common subjects, love and the Chilean landscape, is treated with the broad-reaching brushstrokes one might expect. Neruda masters the art of conveying their extraordinariness by demonstrating their predictability – their regular patterns. The unpretentious clarity and straightforward parallelism which sculpts a line like “I love you without knowing how, or when, or from where” is what gives Neruda’s work its potent, omnipresent sense of ecstasy.

Neruda revels in the unchanging truth that certain experiences are near-universal, and in celebrating this universality through such touchable, recognisable means he allows his readers to revel alongside him. 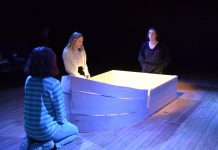