The debate to ban slates shouldn’t be overlooked

Union internal politics may seem irrelevant, but this cronyism has repercussions for our future society 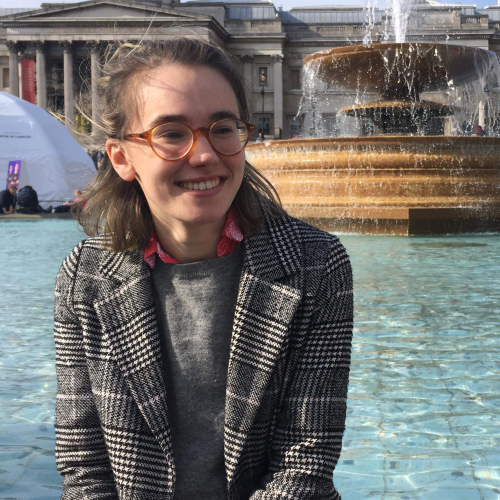 The only thing that made me cringe as much the awkward interactions I’ve had with Oxford hacks this year was forking out of a few hundred pounds for the pleasure. Sometimes I question why I pay for Union membership: is this society anything more than just a cheap bar and a public school rite of passage? In the coming weeks a motion will be debated at the Union to ban slates, which are the electoral pacts formed between candidates running for election at the Union. ‘Ignite’ and ‘Reform’, last terms’ two slates, were frankly uninspiring. Their WordArt style graphics at the bottom of their grinning profile pictures were much like damp at the bottom of an aging wall: unpleasant and hard to shift. And frankly their chosen slate names would have been better suited to teams on the BBC’s Apprentice than candidates to run one of the most prestigious debating chambers in the country. But, alas, this was the shoddy choice we were offered.

The snow on the day of the election was almost like the world telling us not to bother turning up to vote at all. The expected candidates won anyway and the uncomfortable elitism of the Union survived another day. Reform had failed to win any of the key Union positions, with the ‘establishment’ slate, Ignite, managing to fend off the less well-known and experienced candidates of their opposition. Frankly, it’s ironic that people elected because of who they know then proceeded to put together a termcard filled with speakers whom nobody knows.

I, like many of the readers of this article, am unlikely ever to run for a Union position. In fact, I don’t really care much about the Union, full stop. If a bunch of bored, overdressed PPE undergraduates want to spend their time sat in poorly lit rooms, arguing about amendments to a constitution duller than my reading list, then they can go right ahead. This motion about banning slates is the only thing that has ever piqued my attention about Union politics, and that is for one simple reason: the impacts are a lot more real than they first seem.

The culture we encourage in the Oxford Union, as much as it horrifies me to admit it, actually matters. It’s the place that future politicians and corporate leaders cut their teeth. Past Presidents stay in touch and the ‘close personal friendships’ formed between debates continue long after university. Obviously, this is not the only place in Oxford that such interactions happen, but it is one route into an expansive and hugely elite alumni network.

There are people much better qualified than me to tell you why slates are good or bad, but for what its worth I think the simple act of removing “#IGNITE” and “Vote REFORM” from the manifestos pinned up in the voting booths would make the whole process much more policy focused. The real issue is that the Union elite are trying to block the members even having a debate about slates. Owing slates their own positions, they have stopped the debate twice this term already. The first time they did this, they resuscitated a rule from years ago which stated that any meeting at the Union can only take place if members have been given a few days notice. This is something that is rarely done, but it served as a suitable get out for the President, who managed to swerve the debate. The second time, a technicality about the signatures needed to put forward a motion was used to dismiss the discussion again. Whatever your opinion on slates, it is hard to argue that this sort of activity is fair, or the sort of thing we should be encouraging in a chamber that claims it exists for free speech.

If the Union is the cookie cutter of a little bit of our future world, I want the chance to debate what it looks like. As a paying member, I feel that it is patronising that I am deemed unworthy of the privilege. If in all your time at Oxford you never pay attention to another hack, you never turn up to a single Union election, and you never venture into the dark depths of our debating chamber again, the banning of slates is the one issue you should keep your eye on.