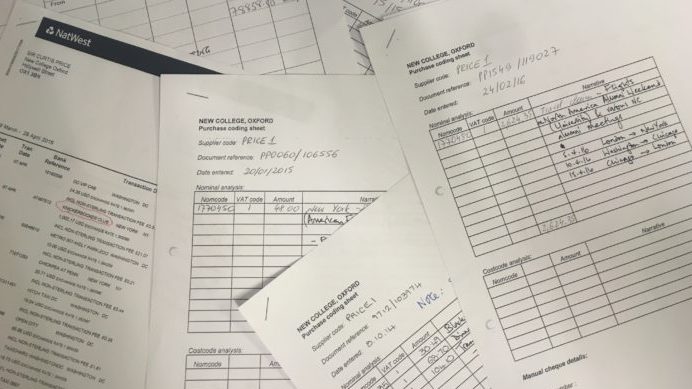 The parliamentary expenses scandal of 2009 led to new standards of transparency and accountability in public life and demonstrated that the public will not tolerate blatant misuse of funds and cronyism.

Almost ten years on, it seems that Oxford has yet to learn this lesson. Last week, Freedom of Information requests sent by Cherwell revealed exorbitant expenses claimed by college heads. Even worse, over half of colleges contacted failed to give detailed breakdowns of expenses despite their legal obligation to do so.

Even the shamefully incomplete responses from colleges hint at possible scandal without further details. Take, for instance, the former warden of New College, Sir Curtis Price. Last year, he claimed a whopping £1200 from New College from his exploits at the Knickerbocker Club, a highly secretive New York gentlemen’s club, and the private member’s club, Soho House Chicago in a matter of days. It’s hard to think of a reasonable explanation for such use of college funds, and somewhat predictably both New College and Sir Curtis Price have declined to comment. As a bare minimum, expense claims must be open to scrutiny and accountable to college members to prevent questionable use or indeed misuse of college funds.

I don’t mean to suggest that expenses are never justifiable. Some expenses claims are certainly legitimate; for instance, college staff members ought to be reimbursed for travel or accommodation costs, incurred whilst doing their job. Rather than screaming blue murder at the sight of any large expense claim, we must use our common sense to evaluate the reasonableness of such claims. For example, consider the fact that St Edmund Hall’s Principal Keith Gull claimed almost £500 on presents and gifts in 2015. Without any context, this claim seems to drift into questionable territory and raises the ugly possibility that the Principal could be siphoning off college money for his own gain.

However, it would be extremely unfair to jump to this conclusion, as Mr Gull clarified to Cherwell that this money was spent on Christmas presents for the entirety of the college staff. Of course, it can be debated whether £500 was too much (or perhaps even too little) to spend on this annual gesture funded by the college given the number of staff involved, but the point is that we should not be too quick to judge.

Nevertheless, colleges ought to be far more transparent with how they spend their money. As students, we have a right to know how our fees are being spent, which includes the right to be indignant at unjustifiably lavish expense claims. That’s why perhaps the most concerning result of Cherwell’s Freedom of Information requests is what they failed to reveal. Several colleges failed to respond to the requests entirely, whilst others refused to provide any breakdown of the annual expenses claimed. This is a big problem: with no accountability to students, alumni or the wider public, there is the potential for expenses to be excessive, used inappropriately, and open to fraud.

It is an unfortunate consequence of the collegiate system that the existence of multiple colleges fosters this opacity. Freedom of Information requests are less effective across so many colleges since each one responds to these requests with varying levels of detail (if they do respond at all). This lack of consistency means that the transparency of colleges varies widely. Not only is this unfair to students attending less transparent colleges, but this also means that it is more difficult to hold individual colleges to account. Instead of being able to petition the University as a whole to release vital records on past expense claims, students must petition their individual college.

Consequently, no mass student action can be taken to demand greater transparency, and individual colleges can continue to hide away their expense claims without fear of critique. Compare the situation at Oxford to that of other UK universities such as the Universities of Glasgow and Edinburgh, where Freedom of Information requests have resulted in the complete breakdown of the expenses of their vice chancellors right down to receipts for the purchase of a slice of cake and a bottle of water. This is the kind of transparency which Oxford colleges ought to provide, and it is a sorry state of affairs when less than half of the colleges actually do so.

Nevertheless, the student body should lead by example. At present, JCR accounts are often only scrutinised by students directly involved in JCR finances rather than the college student community at large. This is particularly lamentable given that the spending of JCR money is frequently determined by those few students who are interested enough to attend General Meetings, typically without consideration of budgets. As a result, JCR expenditure has the potential to be highly partisan and excessive, and so all JCRs should publicise a breakdown of their spending online to JCR members in the interests of transparency and accountability.

Ultimately, colleges must be more transparent with their use of college funds. Senior college staff should not claim expenses unless they are willing to publicly defend them. Having contributed to college funds ourselves, we have a right to know how college money is being spent and to judge for ourselves whether the expenses accrued are justified. Excessive expense claims are deplorable, but the current complete lack of transparency on behalf of many of the colleges is the true scandal.