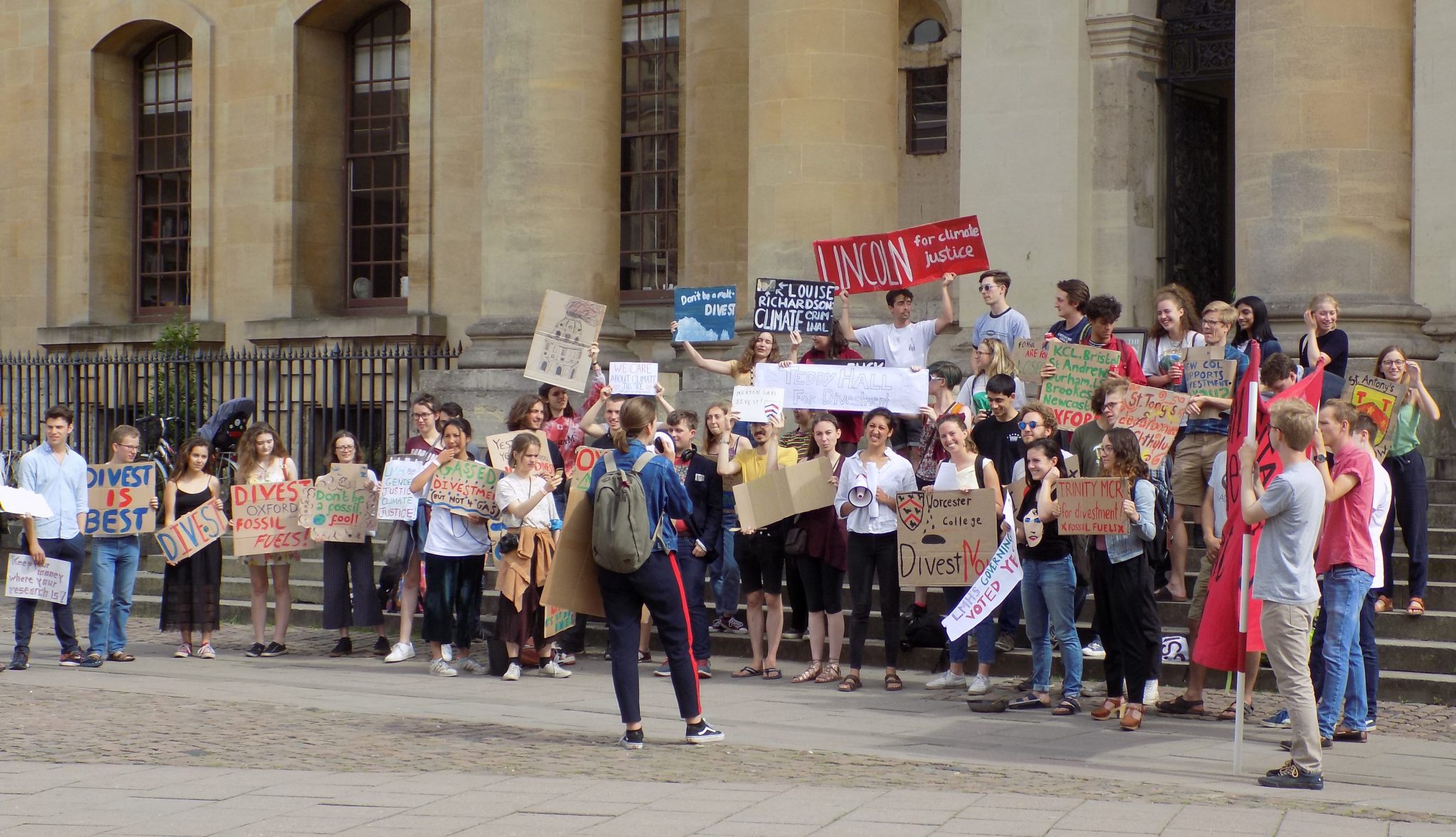 Students gathered at the Clarendon Building this afternoon to pressure the University and its colleges to divest from fossil fuels.

The rally was the latest action organised by the Oxford Climate Justice Campaign (OCJC). Over 50 protestors brought banners and megaphones to rally for changes to University policy.

Representatives of divestment initiatives addressed the crowd on the progress their respective colleges had made towards divestment.

It also comes after Hertford College MCR and JCR, and New College JCR recently passed motions calling for their colleges to divest from fossil fuels. The Hertford motion also pledges JCR and MCR support for the OCJC’s efforts.

Principal of Hertford College, Will Hutton, told Cherwell: “Hertford had already begun a review of the ethical principles informing the investment of its endowment before the motions passed by our JCR and MCR, of which investment in the fossil fuel industry is part.

“We intend to complete the review next term and implement its findings over 2019.”

The Hertford motions mandate relevant members of the JCR and MCR Committee to lobby for the divestment of the college’s endowment from the fossil fuel industry. The members will also lobby college to encourage replacing these investments with ones in green funds and to use its influence to discuss with its investment partners the idea of wider divestment.

Hertford JCR and MCR Presidents, Jude Lewis and Liisa Parts respectively, told Cherwell: “The Hertford student community believes that the College should ensure its investments are ethically in line with its charitable standards and hopes to see a change in future that incorporates a larger proportion of alternative clean energy or green funds.”

OCJC member and St Catz student, Harry Holmes, told Cherwell: “[The University] has a moral and economic duty to divest both directly and indirectly from fossil fuels.”

While he acknowledged that progress has been made, he added: “Colleges still need to do a lot more to show they believe in sustainable investment.”

The University of Oxford and New College have been contacted for comment.