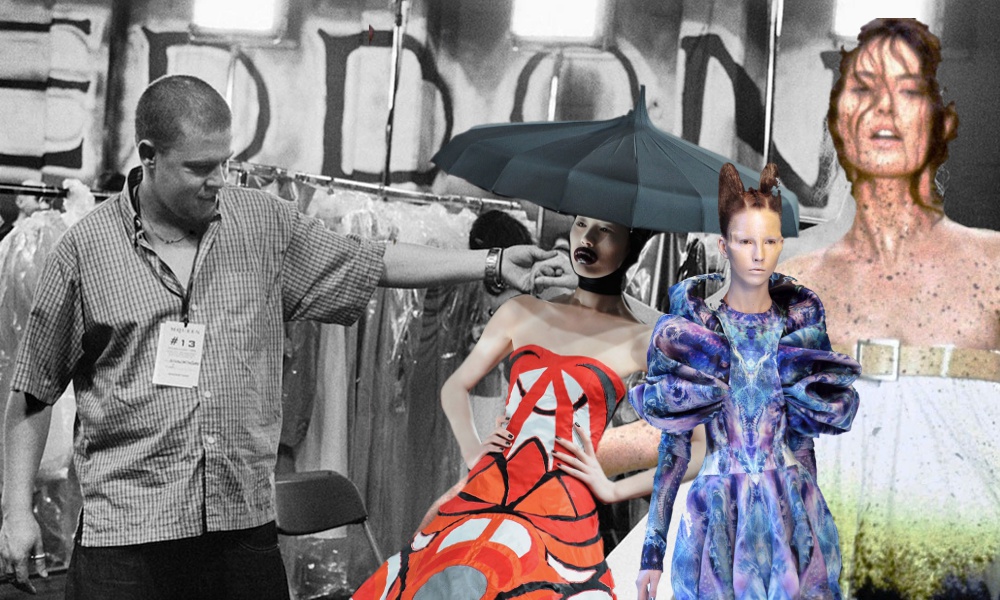 An example of masterful documentary film-making, Ian Bonhôte’s film McQueen follows the famous designer’s journey to popularity, his highs and lows, and what made his creations so successful.

The feature length film combines old interview tapes with thematic and artistic graphics, while showcasing some of McQueen’s most momentous designs, catwalks and career choices. As the son of a teacher and taxi driver, with one O-level in Art, McQueen began his career as a tailor’s apprentice, Anderson & Sheppard, then working his way through fashion schools and other employers in the industry. McQueen was always revered as a master in creating an impeccably tailored look. By the end of his career, McQueen had worked as the chief designer at Givenchy, while at the same time cultivating his own label, and thus producing about 15 collections a year. McQueen became infamous for bringing theatre and spectacle to his catwalks while simultaneously incorporating new technologies to create a kind of dark and fantastical world.

His influence on the fashion community cannot be understated. At the same time, his personal life, as an openly gay designer dealing with drug abuse and depression, illuminates the pressures and failings of the fashion world.

In light of Kate Spade’s suicide in June 2018, it seems more important than ever before to speak about mental health within the fashion community. The documentary explores the lead up to McQueen taking his own life – the loss of his mother, the pressure of his work, and most notably the loneliness he experienced within his popularity. McQueen’s disturbing themes and haunting designs have been thought of as visually expressing the mental difficulties he faced throughout his life. The documentary is direct about his death, and doesn’t shy away from the subject. It’s easy to see how the fashion world can become overbearing and crushing. With the glamorous yet fickle cover of luxury and beauty, it is important to be aware of what is ‘faked’ in the name of publicity and acknowledge the true difficulties involved not only in entering and but also in sustaining oneself in the industry.

McQueen’s designs reflected the turmoil and darkness he felt inside. The most striking aspect of McQueen’s career are his catwalks/fashion shows. Much of the documentary centres around a few of his most famous collections and how they’re presented. Unlike the standard, long black runway with 20 or so models filing through, McQueen created a narrative and drama. The models would be asked to move in creative and unnatural ways, bringing the clothes to life. The themes surrounding the catwalk were always intended to enhance the collection’s voice. His most notorious catwalk, VOSS SS/2001, placed an enormous glass box in the middle of the show. At the end, the walls of the box smashed to the ground, revealing a naked model on a chaise longue, surrounded by moths, wearing a gas mask to obscure her face. Alexander McQueen once commented: “God, I’ve have some freaky shows”.

With McQueen setting the bar for all emerging designers, one has to wonder if we’ve seen anyone make such an impact? Of course, the usual fashion houses are grabbing and losing our attention every season, but very few individuals have made such a name for themselves. McQueen reminds us of the raw potential of fashion, in that it’s an incredibly emotional art form: and art is exactly what McQueen created.

Released in June 2018, McQueen is a moving exploration of the isolation that comes with talent and success. This film is for those hoping to see both a showcase of the spectacular work of McQueen combined with a compassionate account of the arduous life behind it.