CherwellIndependent since 1920.
Life Cellar: a haven for nonconformists 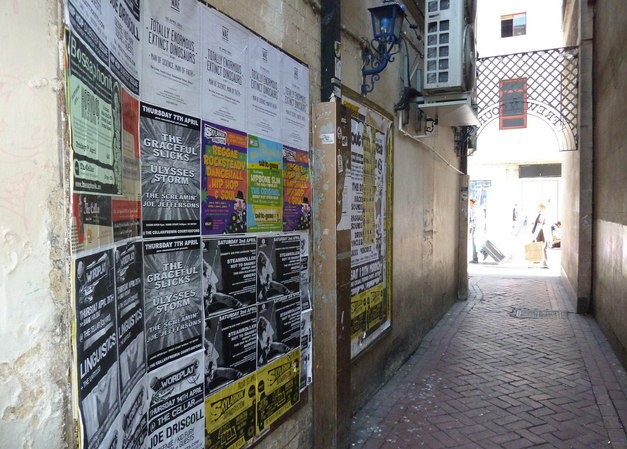 Cellar is more than just a club, it is a theme in and of itself. Most people describe Cellar as sweaty or grungy, but what has always fascinated me is that those dripping neon walls are covered in murals of the fantastical. Dragons, castles, princesses, goblins in radiant pinks and purples. Sure the art style looks like a stoner was given a 6-pack of highlighters, but these walls give me the impression that Cellar represents a desire for escapism that’s a little different to other clubs.

When the nights themselves often have quite niche motifs, a journey to Cellar isn’t an attempt to mindlessly lose yourself in alcohol, bass and the mouths of other people, it’s a journey to transport yourself to another point in time. To go to a club night for the sake of the music rather than only the social aspect shows that those who rock up already have an emotional connection to what’s being played, and because of this there’s a feeling of community between strangers there. We all already love the same thing, and want to be taken for one night to the world it came from.

People complain that Cellar itself is just trying to be edgy, as are the people who enjoy it. But to me it seems there’s a touch of self-aware irony. Clubbers there wear light-up sneakers, sequin jumpsuits, heaps of glitter, and holographic nightmares. I bring my best/worst trashy glam outfits there, and get free drinks from the club. In the way that people revel in the bright tastelessness of glam, Cellar keeps on being proudly and authentically dire.

Now I can’t vouch for all of Cellar – I’ve been to many Burning Down the House nights, a couple RnB ones, and Dance Kapital (what other club would agree to put on something as simultaneously lame and glorious as a Labour club night? I mean it when I say Cellar is self-aware). But I can at least say that Burning Down the House is something truly special. Bowie, Talking Heads, The Smiths, these are bands who can be said to have changed the culture of their time through the intellect and narrative of their work. Life on Mars?, Bigmouth Strikes Again, Once in a Lifetime tell stories, and the musicians’ careers can be said to tell dozens of little stories that shaped their period.

I’m always going to dance to Rihanna’s S&M or Taio Cruz’s Dynamite, but the English student in me knows that reading into the more profound lyrics of narrative songs often chosen in Burning Down the House surrounding that Smiths/Bowie/Talking Heads core group might change me ever-so-slightly as a person. Some people go to clubs to forget themselves, but I guess I look for something unforgettable and irrevocable.

The first time I went to Cellar was a kind of Renaissance for me. Only been clubbing twice before, fairly innocent, whisked away there by a guy I knew was bad news. To be brought into this seedy little den felt so right, and there were my favourite bands reaching out and telling me to seize life. The other clubs mostly present one or two large open floor spaces with strobe lighting, but Cellar is a dark little labyrinth, where drunk you could very likely get lost. Kiss someone in Parkend and all your friends and the entire floor are going to see it, but in Cellar you can easily be stolen away and find a nook you’ve never noticed before.

On top of club nights Cellar is a space for live music events given to local small bands, a sign that above all else, the place cares about music instead of ripping as much money away from you as it can. I haven’t been to these, but there is a devoted fanbase of people who don’t especially like club nights who enjoy Cellar gigs. Shutting down Cellar would leave even more of a social divide between those who go clubbing and those who don’t, if there is less opportunity for the halfway point of gigs.

Last time Cellar faced closure, the situation was one in which local support could make a difference – the relocation of the Lush store and issues to do with rent. This time, I can’t think of how the problem could be resolved by students, though I’m sure many would agree to pay more for entry, and will still do what we can to verbally support the club. This place means a lot to me, and I think everyone who goes there regularly has their own stories as to why it means something to them. Cellar shutting down would be a great loss to Oxford as a whole, but for now I suppose it’s up to the gods of crappy grunge to decide what will happen to it.