“Unbreakable! They’re alive, dammit! It’s a miracle!” This is something that will be on loop in your head for days if not weeks, mostly as a result of binging all four seasons of Netflix’s Unbreakable Kimmy Schmidt. Much like the show itself, the intro mirrors and comments on viral trends, and is one big pop-culture reference. Very much a product of The Office, starring Ellie Kemper whilst written and created by Tina Fey; the show is jammed packed with jokes being delivered before you have even stopped laughing at the previous one. The pilot episode is no exception to this. We open with a news report depicting the titular character and 3 others being rescued from a bunker after being help captive for 15 years in an underground religious cult. This then morphs into the theme – a fucking Songify remix! Not just a social commentary but a hit in its own right, the song was created by Jeff Richmond with the help of viral hit legends the Gregory Brothers, responsible for ‘Bedroom Intruder’ and ‘Songify the News’. At the heart of the show, we have the theme positivity and taking-things-light-heartedly which is apparent from intro, as a report on a horrendous story is moulded into a hilarious and catchy song. If this hasn’t convinced you how great the intro is, take a listen for yourself.

Song: ‘Where You Lead’ – Caroline King

In 2000, Carole King was asked to re-record a version of her song ‘Where You Lead’ for the TV show Gilmore Girls. The song, being a hit from 1971, could not have seemed more incongruous. Though today both the song and the show feel dated. At the time, they seemed made for each other. King’s initial version was one of several love songs from her album Tapestry. ‘Where You Lead’ had been vetoed in the late 70s by the Women’s Liberation Movement given that the lyrics celebrate a woman following – through love – her man’s lead. As a result, King often left the song out of her repertoire. However, three decades later with minor changes to the lyrics, the song was refigured to fit the mother-daughter theme of Gilmore Girls. This is the version most fans of the show will know, and the version King has since performed with her own daughter, Louise Goffin, who makes a cameo as the Town Troubadour in the show’s final follow up season. Despite her success in the 70’s, it’s as though King had to wait for this particular single to be appreciated by a completely different generation with its newer meaning.

Show: Malcolm in the Middle

Unbelievably, this song has a music video. And it’s not just the opening credits – with clips of old cartoons and footage of WWF wrestling – it’s three minutes long! If any theme was perfectly formed at 30 seconds, it was ‘Boss of Me’. Ten seconds of speak-singing, twenty seconds of yelling, and then the phrase ‘life is unfair’. The lyrics perfectly capture being angry at something vague – your family or your school or trigonometry; this whole opening emits a nostalgia for growing up in the early 2000s in middle America, even if you grew up a decade later in The Wirral (you haven’t heard of it). This is because it’s pure pop-punk cheese, reflected by the (again, wholly unnecessary) video in which the members of They Might be Giants are wearing suits and sunglasses and the camera moves far too much. At one point John Flansburgh is eaten by Bryan Cranston. It’s cliché to say something transports you to a simpler time, sure, but ‘Boss of Me’s’ brilliance is in its stupid simplicity.

‘BoJack Horseman’ is a show that walks a thin line between childish humour and a complex portrayal of the protagonist’s mental state in its depiction of a has-been anthropomorphic horse living in LA, the show’s intro sequence being a perfect encapsulation of this with simple, yet powerful visuals perfectly accompanied by music from Patrick and Ralph Carney.

The intro opens with a jarring synth quasi-arpeggio and a shot panning around and up to BoJack’s solitary house in the hills. A drumbeat kicks in and BoJack rises from bed, the background moving as he remains still, his listless expression never failing; the world is revolving around a static BoJack, yet nothing penetrates his cold solitude. Surrounded by all the things representative of the celebrity that he so craves (parties, fans, paparazzi etc.), BoJack’s expression is still that of misery, this being complimented by a haunting call and response pattern on a distorted guitar as well as a soulful trombone and saxophone combination.mFollowing this climax, the track then closes with a solitary saxophone, powerfully symbolising the sadness and ineffectuality of BoJack’s life; in much the same way that his career moves towards what he wants while only providing him with transient happiness, the track builds and then ends in a sad manner. A shot of BoJack lying alone in his pool then closes a sequence that begins and ends with the horse-man on his own, aptly summarising his struggles with existence.

The haunting chant of Fever Ray’s ‘If I had a Heart’ playing over scenes of a wreck of a Viking longship has to be my favourite TV opening. The song features a heavy reverberating bass that still manages to sound calm, which matches the underwater scenes of still artefacts falling from the ship – an axe, plundered gold, the drowning bodies of protagonists shieldmaiden Lagertha and King Ragnar Lothbrok. It is a devastating scene, with glimpses of distant fires and corpses, but oddly tranquil. It suits the theme of the show, a rare portrayal of the Vikings which shows subtler geopolitics between Norse, Anglo-Saxon and French factions, where tension builds from episode to episode, instead of it being a mere slurry of violence. The Icelandic saga ‘The Tale of Ragnar Lodbrok’ is all history has to understand this period in time, and it places King Ragnar between man and myth. This opening – a watery destructive perpetuity situated impossibly between life and death – couldn’t do a better job of creating a mysterious, mythical but gritty atmosphere to set up the show.

This opening song simply slaps. It’s fantastic. Power itself is a show revolving around Ghost – a successful drug dealer and business owner, focusing on the troubles that he and his family go through owing to their circumstances, their past actions and their current flaws. The theme tune features beautiful vocal harmonies from artist and songwriter Joe, who serenades watchers with the lyrics “They say this is a big rich town, I just come from the poorest part”. 50 Cent brings a strong performance to the track, effectively summing up main character’s journey without ever having to directly mention it. But the song’s brilliance lies in the fact that it somehow manages to combine the image of a powerful and successful businessman while still touching upon his struggle, as well as the issues of racial inequality and a lack of social mobility in America. Your favourite TV show introduction could never. This is the clear and obvious choice for me, and I’m sure someday you’ll come to see the light too. 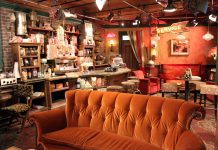 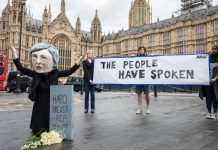