St. Hugh’s have come under fire after rats have been found to inhabit one accommodation building on-site.

One student was moved into welfare accommodation during the night after discovering a dead rat on her floor.

This follows complaints made to the College by students and “committed and repeated efforts” by JCR officials to raise the issue of rats, as well as the general need for maintenance, in the Wolfson building, home to second-year students.

Second-year Maths student, Rhiannon Davies, whose is now temporarily staying in another block, told Cherwell: “Given I’d complained to college about hearing rats in my room several days ago, I’m appalled; this is unacceptable given the already poor state of the building and amount that I’m paying for it.

“There’d been a funny smell in my room for a few days, in the end I looked behind a bedside table and found the rat so it had clearly been there a while.”

The second-year building has also been sporadically without hot water since the start of term, with some rooms in need of maintenance. Another student was moved out of the building last night after a ceiling was at risk of collapsing following a leak, which was also reported at the start of term.

“It should go without saying that a student’s accommodation is fit to live in and free from vermin. We are in conversation with the JCR at St Hugh’s on how we can offer support to them.”

One St. Hugh’s student told Cherwell: “The JCR Committee and VP have have been so great in pressuring the college. Every time, they put in committed and repeated efforts to sort this, but I just hope College now springs into action and sorts this out. Wolfson is a fun place to live, but the obvious problems take away from this.”

St. Hugh’s JCR President, Alex Yeandle, told Cherwell: “It is both concerning and unacceptable that members of college have had to go through the ordeal of having rats in their room.

“The JCR has been in touch with the individual concerned and has ensured that they could access support. Both the Vice President and I have met with multiple senior figures in college today, expressed the concerns of the JCR and gained clarity from the college. We have been reassured that work is ongoing to solve the issue imminently and thoroughly.

“As a committee we have maintained a strong, equal and respectful relationship with college and we don’t expect this to change. We will continue to monitor the situation closely and will keep all students updated.”

In a statement, St. Hugh’s College told Cherwell: “The College was made aware of this and has already taken action.

“Over the summer College carried out an extensive programme of refurbishing and redecorating rooms. We are constantly working to improve the quality of the accommodation we offer our students, and to act quickly in response to complaints or maintenance problems.”

Undergraduates at the college all pay the same £1390 per term for college accommodation, irrespective of where their room is located. 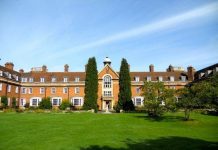 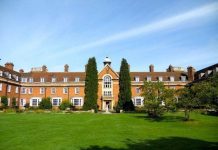 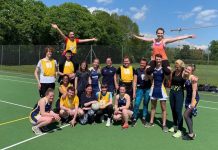 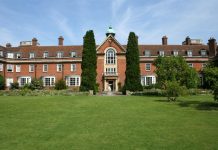 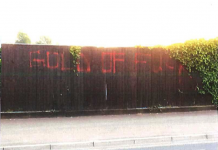