The difference between Killing Eve and Bodyguard? One has female characters who actually resemble women

Why we are wrong to hype Bodyguard over Killing Eve 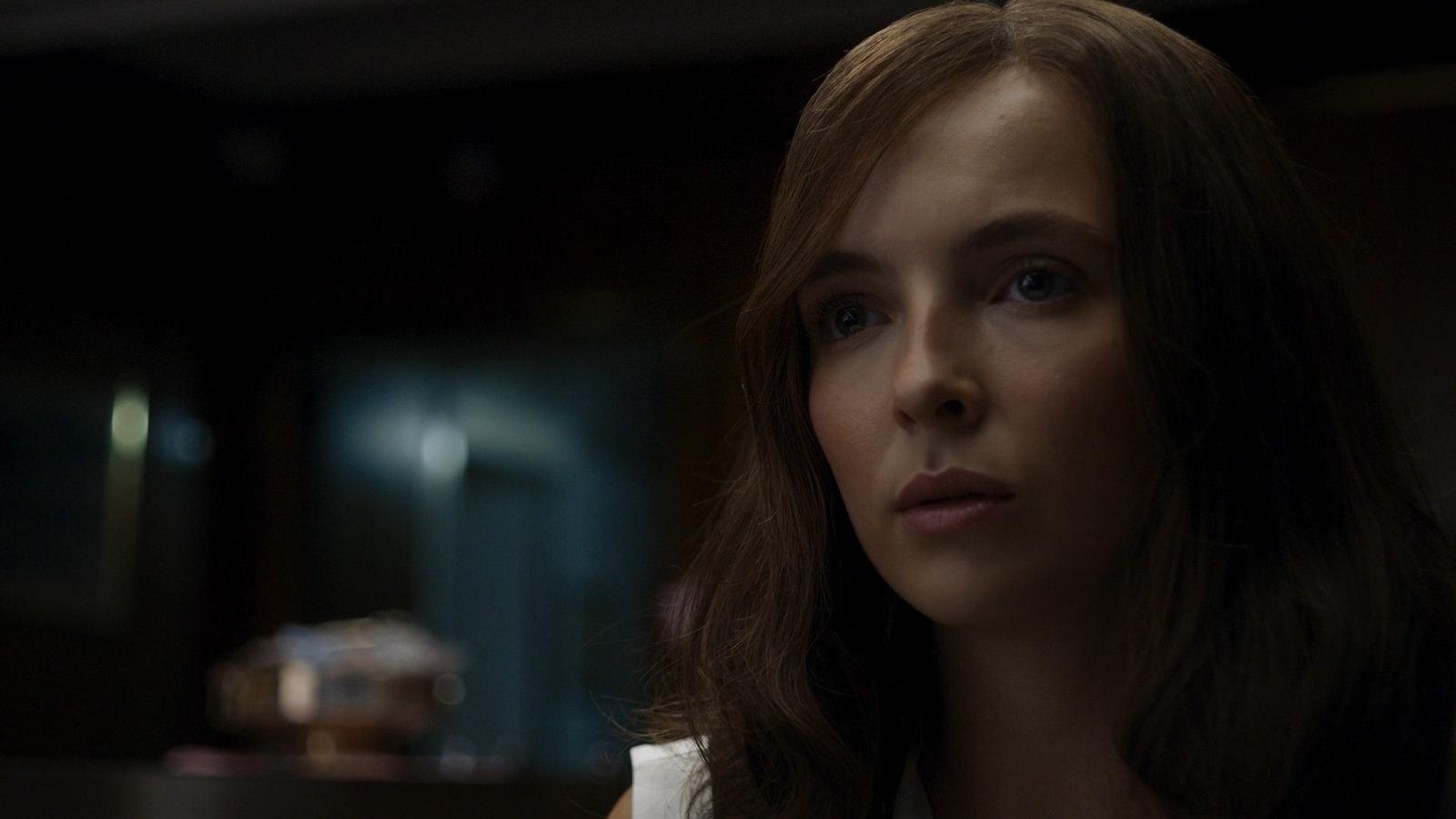 As the brightest colours in an autumn of exceptional British TV drama, Bodyguard and Killing Eve might appear to be leaves from the same tree. Both are centred on the corridors of power of a London that has been ever so lightly dunked in feminist utopia, giving some heavyweight women actors – Julia Montague and Gina McKee in The Bodyguard, Fiona Shaw and Sandra Oh in Killing Eve – the chance to shape foreign policy, catch criminals and bark orders to their cowering male sidekicks. But if you pay attention beyond the first episode of either, it becomes rapidly obvious that these are two very different kinds of TV show. It’s just weird that so many critics seem not to have noticed.

Bodyguard ripped through the BBC’s viewing figure records just as its bullets ripped across your TV screen, or as Richard Madden, the bodyguard himself, ripped through… oh, wait, no, that was meant to be as Richard Madden is ripped. The critics clawed at their stocks of superlative, in a desperate effort to capture the wit, the tension, the brilliance of Jed Mercurio’s latest script. But an until-now excellent writer and some household acting heft is not a guarantee of quality. It was, and remains to me, an utterly bizarre critical and public response to an incredibly mediocre show. It was as though ten million people sat down in front of their TVs every Sunday night and were mildly and collectively hypnotised (by the flawlessness of Madden’s butt cheeks, no doubt) into thinking that they were watching a tightly-written thriller, instead of an aggressively implausible premise unravel into shoot-out-heavy soft porno. The only journalist I could find to see past the hype was Janice Turner, who labelled it ‘Fifty Shades of Grey with a red box.’ Bang on.

Fast forward a month, and Killing Eve approaches the small screen, softly and sexily, much like its mesmerising blonde assassin when she’s going in for the kill. Villanelle is fished from the same kind of fantasy land as the entire plot of Bodyguard, but cleverly so. Her haunting unreality counter-balances the realist comedy of the show’s real stars, Eve Palastri, and Carolyn Martins (played by Oh and Shaw), the British security operatives hunting her. We already knew from Fleabag that Phoebe Waller-Bridge can write dialogue, and man, she has not lost her touch. Oh and Shaw are the best fictional double act I have seen for a long time. Their intelligence and ambition is heightened, rather than made ludicrous, by their wonderful weirdness, and their seemingly unlimited ability to misread social cues. What takes Waller-Bridge’s writing from hilarious to hard-hitting is that her comedy wraps around something more serious. The moment when Carolyn turns up on Eve’s doorstep in the middle of the night and asks her if she needs anything at the shop, ‘Milk or…?’, is hilarious. But it is also the moment she recruits a new and brilliant agent to catch a violent assassin. Oh’s fantastically expressive face is a joy to watch, but more importantly, emblematic of society’s utter confusion in the face of powerful, high-functioning, unconventional and imperfect women. We call them “odd”, like Carolyn. You only to need to watch Jodie Comer’s metallic, penis-chopping turn in the role to see how absurdly imprecise such terminology is.

Which brings us back to Bodyguard. Keeley Hawes is a genuinely excellent television actress – just watch Line of Duty, or The Hollow Crown – but the character of Julia Montague does her no favours at all. She is a power-suited ice queen hiding a soft, melty core of emotional vulnerability, that only some heavy thrusting from the hunky Madden can satisfy. She is exactly what some men, and probably some women, would like powerful women to look like. That is, not really powerful at all, but dependent on a kind of super-masculine safety blanket. And as such, the character is utterly untrue. Perhaps that’s why Mercurio killed her off – to rid himself of an unsustainable fiction. And yet, it is Bodyguard that has been sanctified as the best television of the year, Bodyguard that Killing Eve is compared with, not against. This, I would speculate, is partly the fault of some poor formatting decisions on the part of the BBC. Mercurio’s Sunday 9pm slot was the TV event of the weekend, and left its viewers swapping theories on the latest cliff hanger in the build-up throughout the week. Killing Eve, on the other hand, was thrust unceremoniously onto the iPlayer, Netflix-style, tensionless and unsatisfyingly bingeable.