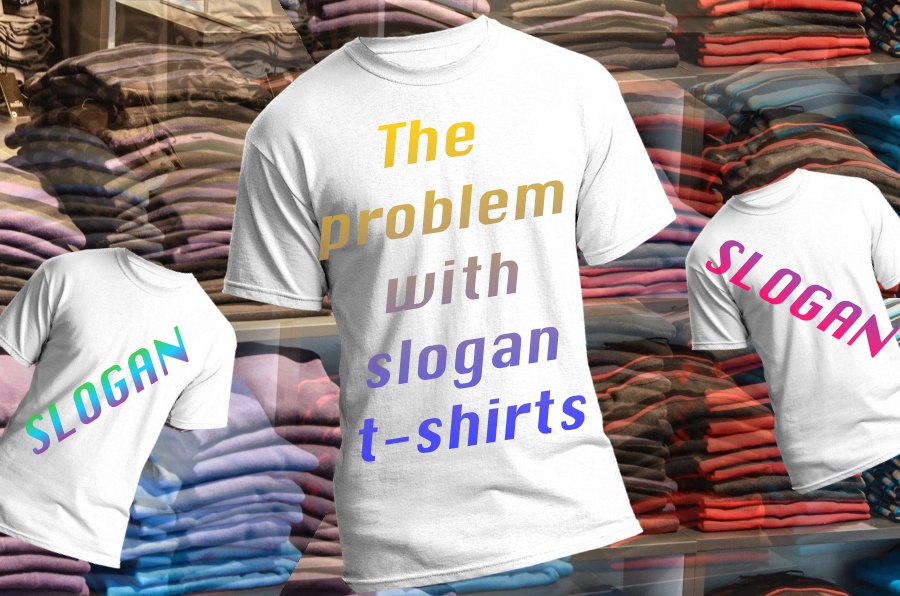 I write this article from a place of anger, fresh from furiously typing an Instagram message of complaint (yes, they’re a thing now) to a high street brand due to their sloppily misspelt French slogan t-shirts. Perhaps not the end of the world as we know it, but certainly a sign of poor manufacturing and design.

Now, I do have some slogan t-shirts, and I don’t mean to tar them all with the same brush. I quite like t-shirts donning the word ‘Feminist’ (as long as the wearer actually is one). Actually, I’m not even that bothered whether the t-shirt’s slogan is filled with meaning or has social implications. One of my own favourite t-shirts is a yellow Brandy Melville top with the word ‘Honey’ embroidered top left. I like the style, colour combination, and it makes me feel happy and summery, and brightens my mood.

Here’s what really grinds my gears about slogan-tops: so often they are used to express absolutely nothing. I’m not saying that slogan t-shirts need to be deep or philosophical, but the fact is that so many words seem to be used gratuitously. The worst case of this had to be the misspelt French slogan t-shirts I mentioned earlier on. How can a misspelt t-shirt mean anything? How can it express oneself, which I see as fundamental to the clothes we wear?

Now, I do study French at university, but some of the mistakes made on several (YES, SEVERAL) t-shirts by the offending high-street brand could probably be corrected by my seven-year-old nephew who has studied French for a year, and certainly put straight by a simple Google Translate or WordReference search. The worst top was one that contained several mistakes. It said:

First, I’ll say that if these words mean anything to you, go for it, wear it. But really it’s just a collection of ‘French-ish’ words that make no sense. What is particularly confusing about this t-shirt is that the shop seemed to know how to spell ‘comme’ the first time (without an accent), but not the second…? Did they change designer half way through?! Similarly, they obviously haven’t googled the spelling of Champs Élysées, which is hardly a lot to ask for. Clearly, this doesn’t reflect well on the brand, who put in little effort to create quality clothing. It smacks of laziness, and more than anything, a lack of care.

The brand knows that the people who buy their clothes probably can’t speak much French, if any, and so would assume that the words on the t-shirt were written correctly. But I also think it shows a deeper problem with slogan t-shirts. Why has fashion come to us feeling the need to wear a top with French words on just because they’re French? I’m not claiming to be innocent in this matter either. I actually think we all do it. We wear tops with words without thinking about their meaning. But this creates a void between what we’re wearing and the original function of fashion: self-expression.

This was highlighted to me when I started teaching at a primary school in France. The majority of the children can only manage very simple English phrases – not much past ‘Hello’, ‘Goodbye’, and ‘What is your name?’. But in contrast with this, I noticed that lots of the children seemed to be wearing tops with English phrases. When I ask the children if they know what the words mean, they don’t have a clue. Now, I do accept that at primary school age, parents tend to buy their children’s clothes, but I must say that with the poor English of the children, I’d be shocked if the parents understood what their tops said either. One of the most amusing cases was that of a boy wearing a cap with the words, ‘Sorry I’m swag’, embroidered on it.

I guess you could say that expresses how he wishes to be, or how his parents wish him to be seen, but the fact it was in English seemed gratuitous, and I doubt the child understood the actual implications of being ‘swag’. It got me thinking that maybe, in the same way as when we use French in Britain, the French use English gratuitously, to seem cool or stylish. The actual words are not important. Though, to be fair, at least the French managed to spell the slogans correctly.

All of this has left me in an uncomfortable position with slogan t-shirts. I can’t help but look at the amount of slogan tops in British shops, both tops with English and foreign-language slogans, and wonder who really connects with them. Perhaps it’s just the case that for a lot of people, it’s not so necessary to connect with one’s clothes. I can understand that, and it’s not the wearers I blame, it’s the fashion brands. Fashion has always been used as a mode of self-expression, and fashion brands should promote this, at least with correctly-spelt and non-gratuitous slogans. 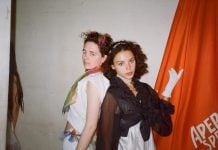 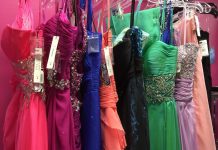 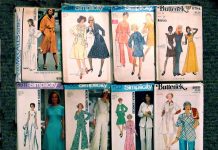