The concept of social ‘privilege’ is something that only relatively recently has been prominent in social discourse.

Some believe that it’s something that defines the very essence of everything one can achieve in their lives, such as columnist Brando Simeo Starkey. Others, like lecturer at the University of Michigan Jamie R. Abrams disregard entirely believing it to be a myth.

When asked to write something on the topic, I had to reflect on the concept and my own position on it for one of the first times ever, and its something I have found quite difficult.

It’s a topic that’s impossible to define, quantify and measure and even my own musings will be completely different to yours of your friends or anyone else’s.

I felt best to begin with myself. As shocking as it may be for some of you to hear, I’m disabled. When I was born, my parents were told I would never walk, talk, sit up, or even eat solid food, and that I’d likely be dead by the time I was 12.

Luckily, and against all medical advice, my parents refused to accept this prognosis, trying any way that they could to make a better life for me.

I’m so thankful for the mobility I have, because I know it should have been much worse. That’s not to say that there are many facets of my disability that I really don’t like, many of which are not too obvious to others.

I fatigue an awful lot quicker than most, so am limited in the amount of time I can spend both working and socialising. In addition, this city in particular throws up a lot of access issues. The fact that I’m in Bridge every Thursday is because it’s the only club accessible for wheelchairs. Perhaps what irritates me the most of my condition is the social stigmas surrounding it.

The slightly higher and slower speaking voice that I’m met with when talking to strangers is a bit too common of an occurrence for me. A girl I met in the summer even asked my Dad: “Did he really get into Oxford?”.

It’s very hard to create an individual personality that allows you to be per- ceived outside of your wheelchair. As much as I love the people and the environment at Hilda’s, I even felt it took at least until around the midpoint of Michaelmas to kick these stigmas at university, which is why I really didn’t enjoy the beginning of my time here.

The issue of ‘privilege’ I think perhaps is highlighted here. I even felt that I had to overcome these social preconceptions when meeting everyone, even some of who I now consider my closest friends.

They clearly never had any malicious intention, which is why I feel it unfair to confront people on this issue, when, if anything, they’re doing it with my benefit in mind.

The Wikipedia definition of privilege is: “The perceived rights or advantages that are assumed to be available only to a particular person or group of people”. Under this definition, I feel personally I don’t quite have the ‘advantage’ of having a ‘blank slate’ in a new social situation, with me often having to joke about the disability to bring out the elephant in the room.

In a more practical sense, even last term, there were many events that I’d turn up to, not be able to attend, and then leave my friends with choice of either leaving me or spoiling their night, which is a lose-lose scenario.

I think it’s fair to assume these all to be considered as some sort of ‘privilege’ for abled bodied people.

However, even factoring in my own experiences, I still feel the term ‘privilege’ is a bit problematic. Granted, I am disabled, from a working-class background, and am a first-generation University student, which could lead you to assume that I am lacking ‘privilege’.

However, I am also a heterosexual, white, man, which one could argue grants me certain ‘privileges’. There are also issues of types and degrees of ‘privilege’: am I, say, more ‘privileged’ than an able bodied, black woman from the LGBT community?

Even from a mobility point of view, is the fact that I still have function of all four limbs a type of ‘privilege’ I hold over other people with certain disabilities?

Your answers to all of these questions would likely depend on your own social position and perceived ‘privileges’, which in turn I suppose throws into question this entire piece: can my point of view be trusted and accepted given my own social position?

Can I be trusted to be unbiased, subconsciously or otherwise? The fact that Oxford University is not 100% comprised of white, British, abled bodied, heterosexual men is a sign that ‘privilege’ is not a definitive.

Society has evolved to the point where, although its true ‘equality’ can be debated to say the least, one can overcome their social ‘privileges’, as seen by all of us being where we are.

I don’t think its unfair to feel that an Oxford Education is a ‘privilege’, given its likely career boosts.

So ultimately, the question of the severity of different types of ‘privileges’, and if ‘privilege’ even exists in the first place is a debate for someone far cleverer than I (I’m an English student, I’m clearly not that bright).

I just think that, given that everyone has a different social position, and thus a different level, type, and perception of ‘privilege’, the healthiest and best way of dealing with it and getting it out in the open is to talk about it more.

We have to create a discourse with people from all sides contributing, so that hopefully, one day, the marrying of all these different perspectives can be achieved. 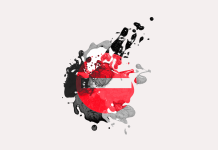 Student art: only for the privileged few? 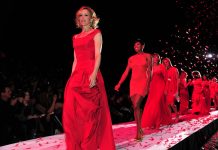 The Huffman scandal: just another story of privilege and bribery? 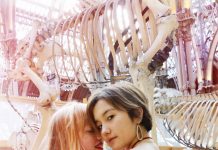 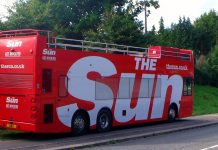 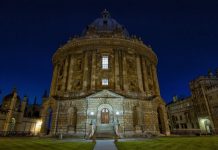 Does Oxford create a class of its own?