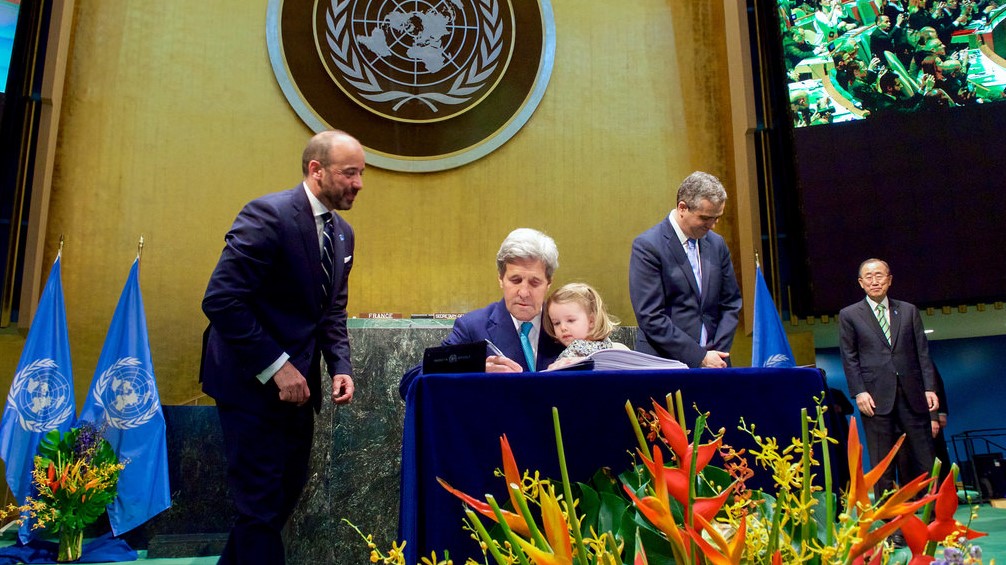 St. Hilda’s College have become the first college to pass a motion to reduce its emissions to net-zero by 2040.

Rupert Stuart-Smith, a Geography student at the college, proposed the motion last Sunday in accordance with the Paris Agreement.

The Paris Agreement, which 195 members of the United Nations Framework Convention on Climate Change (UNFCCC) have signed as of November 2018, is due to start in the year 2020.

The University of Oxford have already expressed their interest in environmental sustainability and tackling climate change, with events taking place throughout the year, such as Student Switch Off, and the newly launched Sustainability Skills Bank.

In 2011 the University set a target to reduce carbon emissions by 33% by the end of 2021. Stuart-Smith told Cherwell, “St Hilda’s has led Oxford’s colleges in demanding that all companies in which we invest align themselves with the Paris Climate Agreement. The College must now commit to eliminating the carbon emissions associated with its own activities by 2040, as is required by the Paris Agreement.

“Our colleges aim to give us the tools to succeed in life. They must not simultaneously compromise that success through their contribution to climate change, the greatest threat to the wellbeing of today’s students.

“The unanimous support of the JCR for this motion demonstrates the conviction of St Hilda’s students to confront the challenge of climate change. We look forward to working with the Governing Body over coming months to make this goal a reality.”

With the growing concern over climate change and what we can do to help, this motion sets an impressive precedent, one that will hopefully be adopted across more colleges in the coming months.

Speaking to Cherwell, Oxford’s head of Environmental Sustainability Harriet Waters said: “Its great to see a JCR taking such a proactive stance on carbon reduction to tackle climate change. Good luck to St Hilda’s on their carbon reduction journey.”