It’s a fascinating mixture of nominees, especially considering the variety of outcomes in precursor awards ceremonies (such as the Golden Globes and BAFTAs), but guessing what should or will win in each category is as subjective as it’s ever been – and even more difficult than ever. 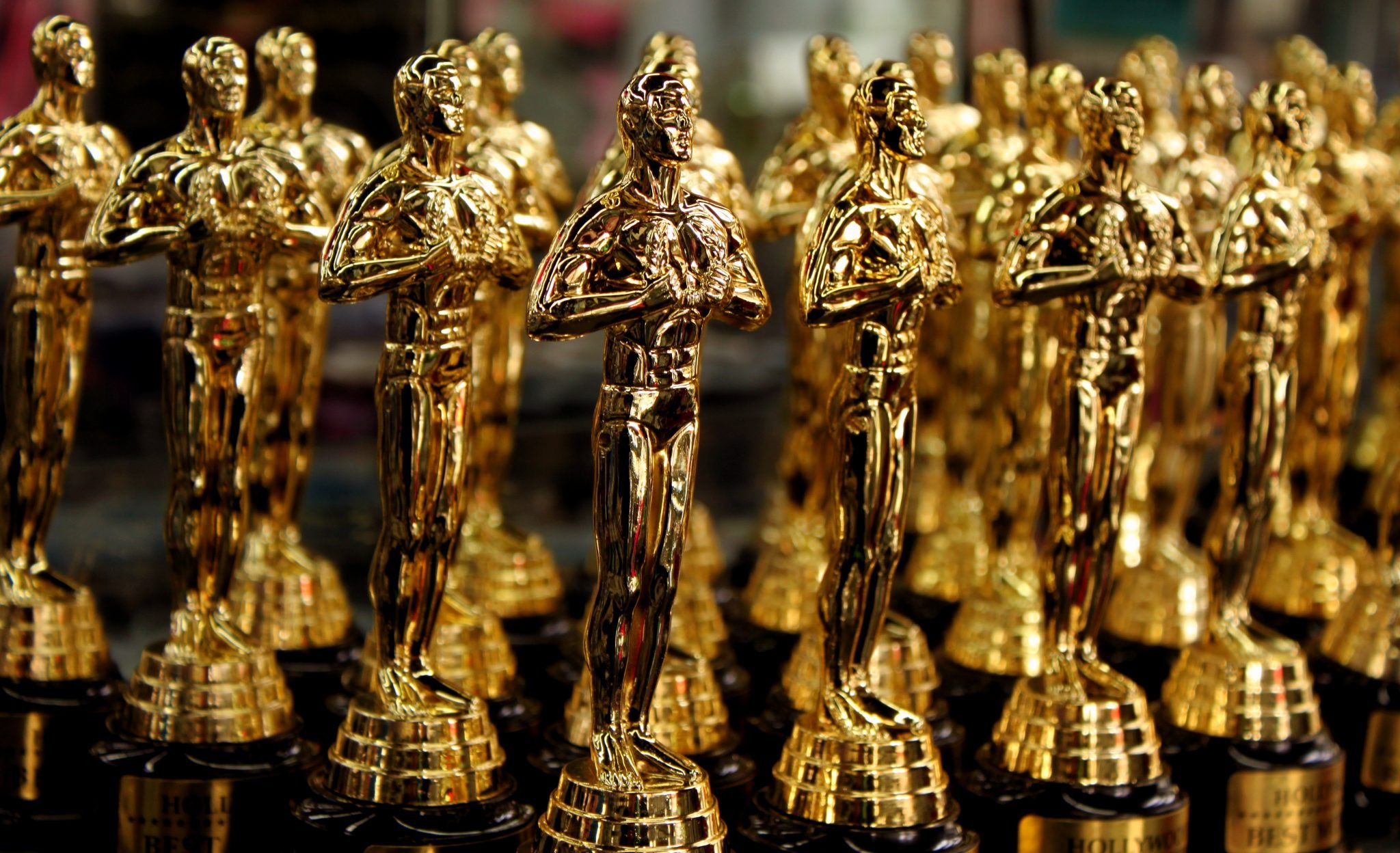 The Oscars have never felt more chaotic than this year, which is amazing considering the fact that two years ago they literally mis-crowned Best Picture on live television. Yet the 91st Academy awards have been mired in indecision from the get-go.

Back in August, the Academy’s decision to create a Best Popular Film category was met with a storm of (justly deserved) backlash that gave them little choice but to cancel the idea a month later. Then came the process of choosing a host for the ceremony. Weeks dragged by with no announcement, before Kevin Hart stepped in to take up the mantle. Within two days, he was ousted over controversial “homophobic” material in his Twitter feed, refusing the Academy’s offer to publicly apologise in return for keeping the job. The Academy elected to run the show with no host for the first time since 1989, but the ceremony was still a wellspring of malcontent thanks to announced changes in the ceremony format. They revealed that only two of the five Best Song nominees would be performed in the ceremony itself, and then announced that ‘lesser’ awards (including, inexplicably, cinematography and editing, two of the prime building blocks of filmmaking) would be presented in the ad breaks in order to keep the ceremony shorter. They swiftly revoked both decisions after sustained campaigning from Oscars fans and industry heavyweights alike.

Then we get to the films themselves, where the nominees are a real mixed bag. Black Panther is officially the first superhero film nominated for Best Picture, and Roma’s ten nominations are game-changing for a Netflix film. Ten well-earned nominations for a film as brilliantly eccentric as The Favourite provides much-needed fuel for any cinephile heart, especially in light of the many high-profile snubs in major categories.

Seeing the Academy under-nominate or even outright overlook If Beale Street Could Talk, First Man, Can You Ever Forgive Me, Suspiria, You Were Never Really Here, Widows and First Reformed would hurt much less if it weren’t for the genuinely atrocious films that have been nominated for top prizes, and for the two available spots in the Best Picture field the Academy chose not to fill. It’s oddly depressing to see a film as racially regressive as Green Book nominated in the same year as BlacKkKlansman or Black Panther, but it’s downright disturbing to see Bohemian Rhapsody and Vice receive huge nominations when they’re movies that seem to hate their audiences as much as they hate themselves.

It’s a fascinating mixture of nominees, especially considering the variety of outcomes in precursor awards ceremonies (such as the Golden Globes and BAFTAs), but guessing what should or will win in each category is as subjective as it’s ever been – and even more difficult than ever.

As mentioned above, trying to decipher what could win Best Picture this year is a total crapshoot. Maybe the current state of global politics has made me overtly pessimistic, but it feels as if there’s enough Academy voters who are cranky and ancient enough to overlook a film as quietly revolutionary and emotionally devastating as Roma in favour of a regressive, aggressively average, glorified remake of Driving Miss Daisy (which, incidentally, won Best Picture back in 1989).

I promise I won’t devote too many “Should Wins” to people who weren’t nominated, but Chazelle is a legitimately astonishing snub in a category that somehow also managed to overlook Barry Jenkins, Marielle Heller, Lynne Ramsay, Debora Granik and Bradley Cooper in favour of nominating Adam McKay of all people. Regardless, this is the perfect opportunity for Lee to pick up a deserved Lifetime Achievement Oscar (as this is, inexplicably, his first ever directing nomination!), but I wouldn’t be surprised to see Alfonso Cuaron sneak a win here if the evening goes Roma’s way.

Should win: Bradley Cooper (A Star Is Born)

This category is incomplete without Ryan Gosling (for First Man) or Ethan Hawke (for First Reformed), but Cooper’s work in A Star Is Born is close to flawless and should be receiving the bulk of the attention in this category, especially with so many nominations (and no wins) to his name from years past. But despite the mountain of negative press BoRhap has attracted this season (from accusations of straight-washing Freddie Mercury’s story, to director Bryan Singer’s cavalcade of sexual abuse allegations), it seems there are still plenty of people who will happily confuse overbearing prosthetic teeth with a good performance, so Malek may do well here.

Should win: Literally any of them

Will win: Glenn Close (The Wife), maybe? Or maybe Olivia Colman (The Favourite)…

This is a strong category this year, filled with incredible work from genuine Hollywood legends to first-time actresses knocking it out of the park on their inaugural run. There’s not a single undeserving performance here, but for me it’s a two-horse race for the winner. Close’s turn in The Wife is the kind of subtle, mesmerising performance the Oscars usually overlook, but clearly they’ve realised it’s about time she win a golden statuette after 7 nominations without a win – a record, incidentally. Colman’s incensed, hilarious, and tragic performance in The Favourite has definitely caught Hollywood’s attention, though, and could upset the ballot before she plays another iconic queen in the upcoming seasons of The Crown.

Should win: Richard E. Grant (Can You Ever Forgive Me?)

This category is funny because, as good as Sam Elliott is in A Star Is Born, and as lovely as it is to see Adam Driver nominated for something, there’s probably only two potential victors here. Ali already triumphed in this category a couple of years ago for Moonlight, but the marketing team handily included his overtly Oscar-baity scene in the trailer for Green Book, so plenty of people are well-aware of how great his performance is even if they’re less aware of how sometimes insensitive and generic the actual film is. Grant, however, has been utterly delightful on the campaign trail, which is sure to sway some voters, and his performance in CYEFM is a stunningly acerbic, unexpectedly sweet turn that easily ranks among the best supporting performances of the year.

Should win: Anyone but Amy Adams

Will win: Regina King (If Beale Street Could Talk)

We need to run through each of the nominees here one-by-one because this category could go any number of ways. Adams has been overdue a win for years now, but she rarely rises above serviceable in Vice. Marina De Tavira’s nomination for Roma was a gorgeous surprise considering the lack of precursor attention she received, but she probably won’t win. Emma Stone and Rachel Weisz, each nominated for the same film, may cancel each other out (though Weisz could edge it), which leaves Regina King’s stunning performance in If Beale Street Could Talk as a likely frontrunner for the win.

Should win: The Favourite

Will win: The Favourite

I’m beyond pleased that First Reformed got a nomination here, but a screenplay win for Roma would be a well-deserved outcome for Cuaron’s masterpiece. But only one of the nominees here contains duck-racing, mud moustaches, and coins an inimitable phrase for sexual obsession that rhymes with “blunt-struck.” The Favourite juggles tone flawlessly and hangs some gorgeous dialogue on a subtly idiosyncratic structure that definitely deserves a statuette. Go on, Academy – pick your Favourite, please.

Should win: The Ballad of Buster Scruggs

Will win: If Beale Street Could Talk

The snub for Widows in this category still hurts a little, but the nomination for Buster Scruggs made me yelp with joy when I streamed the nominations live. Beale Street almost definitely has this in the bag, though: Barry Jenkins’ work adapting James Baldwin’s novel is exactly the kind of faithful adaptation the Academy tends to reward. It’s a gorgeous and worthy script whose win was set in stone the moment Jenkins opened the film with a block-quote from the novel in place of an establishing shot.

Should win: Spider-Man: Into The Spider-Verse

Will win: Spider-Man: Into The Spider-Verse