A local shopkeeper has been sentenced to twelve months in prison after being charged with selling fake cigarettes.

His shop was raided by the county council on May 20th 2018, and on July 18th of the same year. Both raids discovered illegal cigarettes and tobacco, mainly hidden behind a false wall in the property’s kitchen.

It is the third time he has been convicted for similar offences. He served a four-month jail term in 2016.

Fake cigarettes have been found to include pesticides, arsenic, and rat poison, with an estimated 45 billion smoked every year. Jody Kerman, Oxfordshire County Council’s Trading Standards operations manager, said: “This sentence sends a strong message to anyone thinking about getting involved in the illegal tobacco trade… this public health menace.” 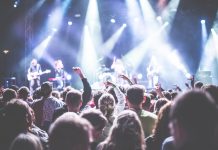 The need for prison reform