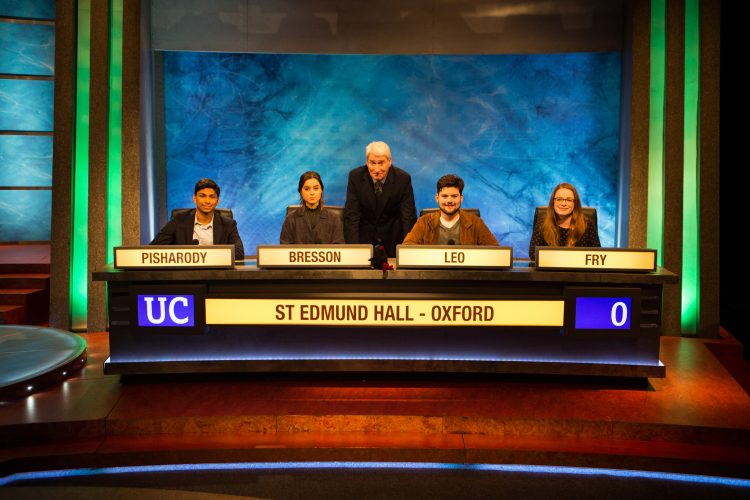 St Edmund Hall has lost out to Edinburgh in the final of the 2018/2019 University Challenge series.

This is the first ever victory for Edinburgh University in the competition, and would have been the sixth consecutive year an Oxbridge college has taken home the trophy.

Ten points behind with four minutes on the clock, Teddy Hall player Marceline Bresson secured a set of bonuses that put St Edmund Hall ahead, but they were unable to hold the lead. The final score read 155-140.

Teddy Hall reached the quarter final after defeating the University of York, Clare College, Cambridge and Bristol. Following a quarter final win against the impressive Emmanuel, Cambridge, they saw off Darwin, College to reach the final.

Teddy Hall captain, Freddy Leo, has been described as “the fastest on the buzzer ever”, answering questions on topics far removed from his own historical studies. The star is the highest scoring player this season and been the subject of much discussion on social media, drawing flack from The Times for his “combative style”.