Between January and March there was more crime near St Hilda’s, St Catherine’s and Nuffield than all other colleges combined. 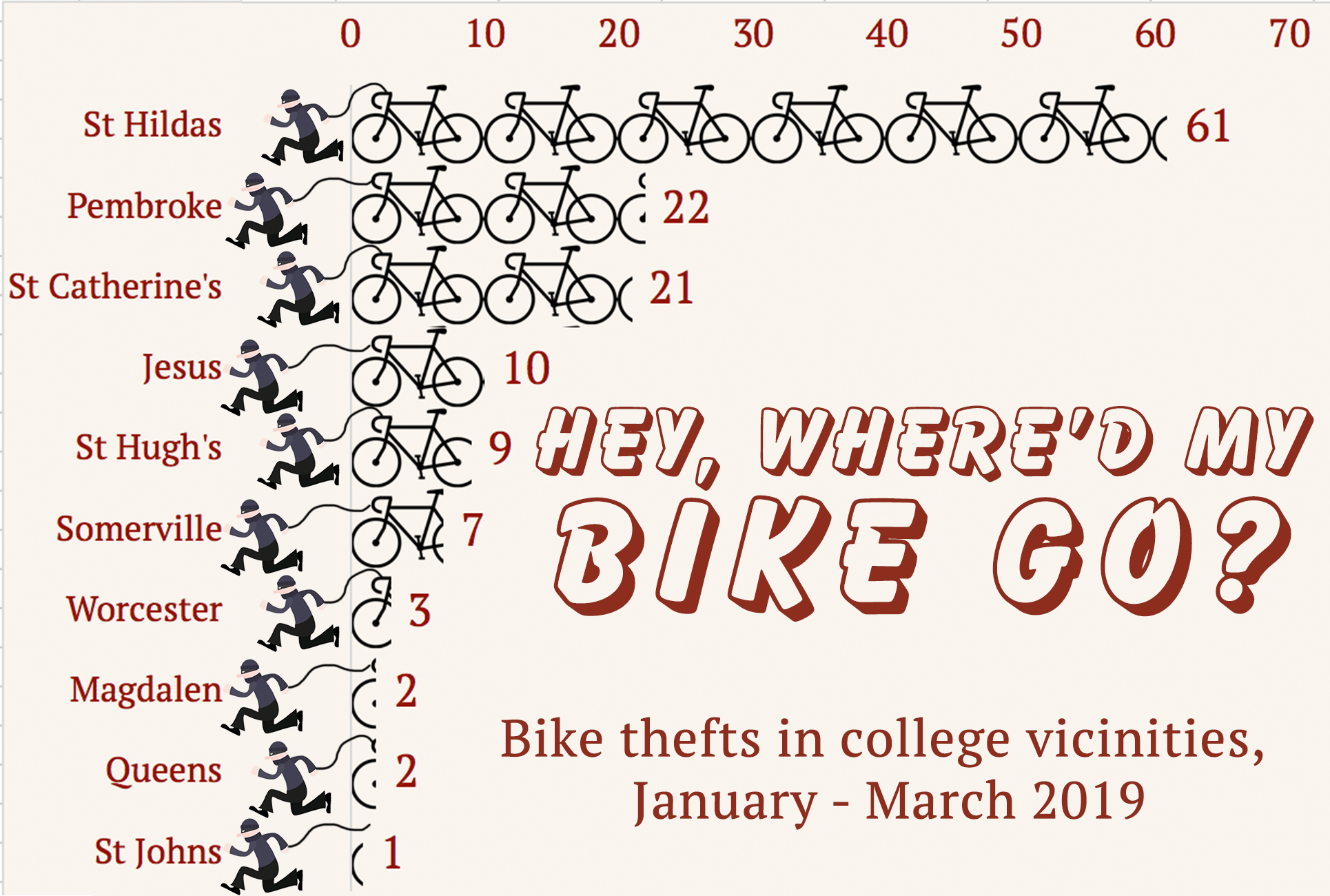 Three Oxford colleges experienced more than 250 crimes in their vicinity in the first three months of the year, a Cherwell analysis of police data has found.

Of all crimes between January and March for which a location was recorded, and which were within 500 metres of any college, 570 occurred closest to St Hilda’s. This includes 159 violent and sexual offences, 61 bicycle thefts, 30 burglaries and six incidents of the possession of a weapon.

Nuffield came a distant second at 282 recorded crimes, while St. Catherine’s came a close third with 267.

St Hilda’s came top for all categories except vehicle crime and ‘theft from the person’, a category which includes mugging and pickpocketing. Nuffield recorded 16 such incidents, while Jesus came second with 11. St. Catherine’s came top for vehicle crime, with 31 incidents.

The most common crimes overall were violence and sexual offences (346), anti-social behaviour (190) and bike theft (185).

Between January and March of this year, here were 61 recorded bike thefts near St Hilda’s, 26 near Nuffield, 22 near Pembroke and 21 near St Catherine’s.

Six instances of the possession of a weapon occurred near St Hilda’s. Nuffield experienced four such cases, followed by Pembroke and St Catherine’s (both at 2).