John Bolton: The case for a citizen’s arrest

While the Union’s courting of the far-right has brought protests and boycotts, Bolton’s visit has gone largely unremarked - but he represents an immediate threat to the lives of people of colour. 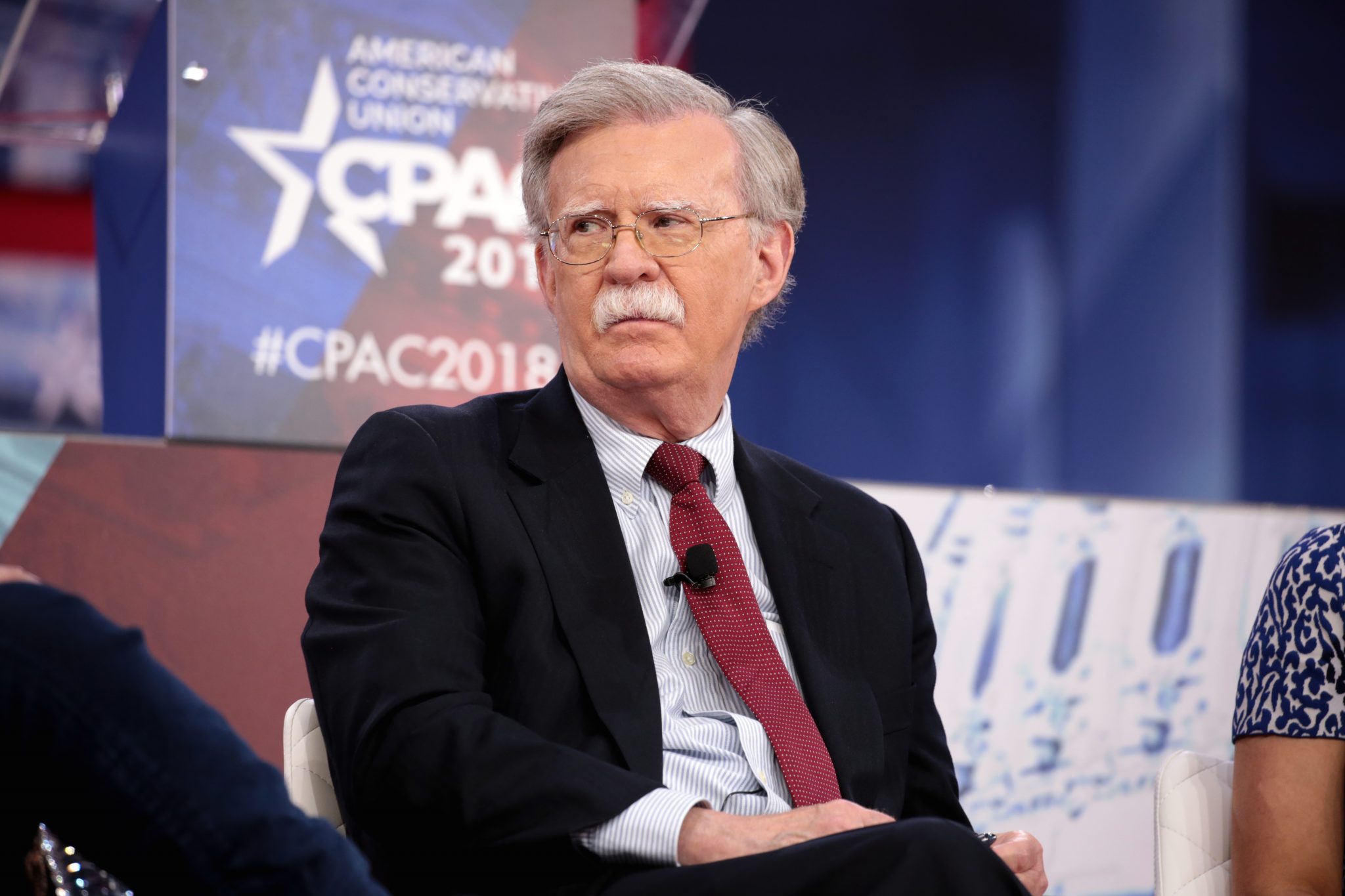 Last week, the US military drew up plans to invade a country the size of Germany.

Iran’s 82 million citizens would first be subject to a massive cyber-attack, cutting off energy to schools, homes and hospitals. Telephone lines, internet access and ATMs would be “crippled”. The country’s public services, already struggling under the weight of US sanctions, would be forced to the point of collapse. Then, the bombs would start.

B-52 bombers, sent to the Persian Gulf this week, would rain thousands of pounds of explosives over the heads of the residents of Tehran, a city the size of London. The plan also specifies the deployment of 120,000 US troops to the region, a potential invasion force which would bring, in the words of Donald Trump, “the official end of Iran”.

Central to drawing up these plans was John Bolton, a man whose appointment as Trump’s National Security Advisor last year was almost immediately followed by America’s unilateral withdrawal from the Iran nuclear deal, paving the way for the current crisis.

Next Saturday, John Bolton will be speaking at the Oxford Union. While the Union’s courting of the far-right has brought protests and boycotts, Bolton’s visit has gone largely unremarked. There is, as of yet, no protest planned, but Bolton represents an immediate threat to the lives of people of colour.

Rather than an occasion for controversy and condemnation, Bolton’s visit is on track to be yet another station in the relentless banalisation of the forever war. Given the Union’s tendency to breed submission to authority it seems unlikely that Bolton’s views will be met with serious challenge. Questions are to be submitted beforehand and, presumably, vetted. The minimum that the Union could have done to counter the real basis of Bolton’s views, inviting an Iraqi or an Iranian victim of Bolton’s to defend their own humanity, has not even been suggested.

The International Criminal Court defines a crime of aggression as “the planning, preparation, initiation or execution, by a person in a position effectively to exercise control over or to direct the political or military action of a State, of an act of aggression which, by its character, gravity and scale, constitutes a manifest violation of the Charter of the United Nations.” Needless to say, the US has consistently refused to sign an agreement giving the ICC jurisdiction to prosecute crimes of aggression. Turkeys do not vote for Christmas.

Bolton’s role in actively fomenting war in Iraq is beyond dispute. At the height of the dispute over Iraq’s alleged WMD programme, the head of the Organisation for the Prohibition of Chemical Weapons José Bustani proposed independent inspections. For a country that believed its own case for war this would be a victory, but Bolton immediately set out to orchestrate Bustani’s sacking. Bolton recalled in his memoirs: ““I stepped in to tank the protocol, and then to tank Bustani.” Bustani later claimed that Bolton had threatened him by saying: “We know where your kids are.”

Bolton went on to play a key role in promoting the claim that Iraq had procured weapons-grade uranium from Niger, a claim central to the case for war, but that the US later admitted was based on “fraudulent evidence”. When Bolton came to promote his memoir at the 2008 Hay Literary Festival, George Monbiot, the Guardian journalist who was speaking on a separate panel, recalled thinking: “The greatest crime of the 21st Century, the Iraq war, had been so normalised that one of the authors of that crime, John Bolton, was there at the festival promoting his memoir. And if we really are serious about the principles we claim to espouse, then someone should go and arrest him.”

Taking the situation into his own hands, Monbiot prepared a charge sheet and, as Bolton was giving his speech, ran onstage, announcing a citizens’ arrest. Monbiot was quickly tackled, and Bolton remains a free man, but the incident underscored the sheer criminality of Bolton’s actions. In the first month of the Iraq invasion, British and American bombs killed more civilians than have ever been killed by jihadist terror attacks in the West, including 9/11. By 2013, more than half a million Iraqis had been killed in a needless, illegal war.

With a population more than three times that of Iraq’s in 2003, Iran would be launched into a chaos not seen since it was invaded by a US-backed Saddam Hussein in 1980, at a cost of one million Iranian lives.

Many Cherwell readers will have made the original sin of so many Oxford students, paying £250 for the privilege of launching the careers of the worst members of tomorrow’s British establishment. If you do have a Union card, Bolton’s visit offers a chance for redemption. Monbiot’s charge sheet, which is publicly available online, remains as relevant today as it was in 2008. Debate, protest and boycott are not enough. John Bolton must be stopped.