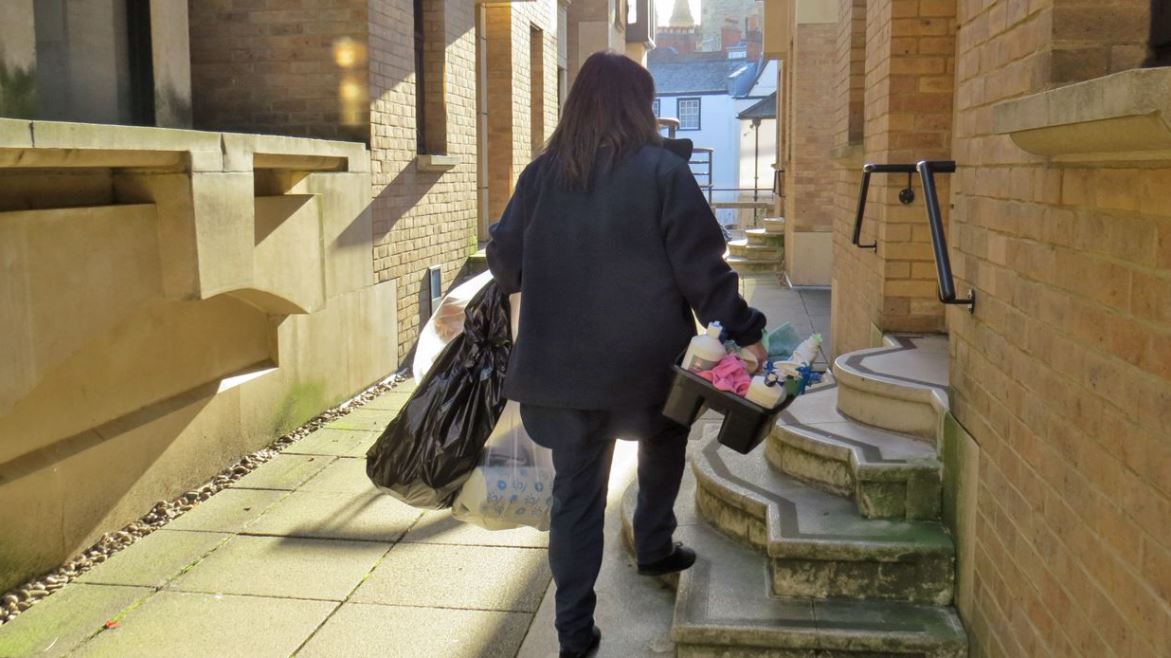 Last week, a friend and I proposed a motion to the Lady Margaret Hall JCR to tell our college to pay all of its employees the Oxford Living Wage. After half an hour of questions, amendments and procedural motions, the motion passed effective this upcoming Michaelmas.

The Oxford Living Wage is currently £10.02. This is the figure that the Oxford City Council believes is necessary to afford to live in Oxford, a town that is consistently ranked amongst the most expensive in the UK to live in. Paying our scouts, catering staff, and maintenance staff this wage should not be optional. It is what they require to be able to afford to live and being paid this wage is tantamount to a human right. Paying this figure is not giving our scouts a bonus, or extra money for a holiday; it is ensuring they can afford food, housing, and clothing for themselves and their dependents. It’s making sure they can afford to heat their homes and pay for their children’s school trips. Colleges also benefit as it has been shown that by paying this wage, staff turnover is much lower.

Deciding to pay this wage should not hinge on anything else. Colleges owe an obligation, as do all employers, to pay their workers what they require for their basic needs. Just because they can pay them less, doesn’t mean they should. Currently, the National Living Wage is only available to those 25 years and older. Therefore, it tends to exclude catering staff who are often younger than this. Further, colleges pay those aged 18-20, £6.15, and those aged 21-24, £7.70, simply because they can. However, they ought to criticised, because whilst it is legal, it does not account for the reality of the situation.

The reality of the situation is this: by not paying the Oxford Living Wage, colleges are, by definition, paying their workers a poverty wage. It’s really that simple.

But the question is why should we support motions such as the ones proposed to LMH and St Hugh’s JCRs thus far. After all, a JCR exists to represent the student body of a college, not its employees. Plainly, the answer is because where there is a marginalised group who lack support or a voice, we must step in and fill in that void. There were concerns in the St Hugh’s JCR that this is patronising to the people it is intended to support. However, this can be easily avoided if the group are consulted with ahead of any JCR action resulting from the declaration of JCR support. JCRs are set up for students but where we witness inequality in our own colleges, we have a duty to act. Further, many colleges hire students on a casual or part time basis, and supporting such motions can also help ensure colleges are also paying students fairly.

I first got involved with the campaign after witnessing a protest by Oxford students outside the Clarendon Building. For months they have been trying to pressure the University to roll out the wage to all of its staff. It’s a difficult issue to advocate for, especially as many colleges outsource their catering or housekeeping, and therefore do not have the direct authority they require to increase the wages of their staff. However, even in such situations, colleges can absolutely still pressure the subcontractors to pay the living wage, or they could simply introduce it as a clause within their future contracts with them.

Being paid the living wage should be a right for any worker and anything that us students can do is helpful in ensuring that, at least, at our university, that the people who make Oxford what it is, are being paid enough to ensure they can afford basics. Oxford would not function without our scouts, porters, or catering staff.

One of the arguments against the motion at the LMH JCR meeting was that the extra cost of implementing the living wage would be passed down to the students via increases in college rent. This argument assumes the two are mutually exclusive and as if it is a zero-sum game. Oxford colleges can afford to pay their workers a fair wage and provide affordable accommodation, it’s just a matter of if they want to. In practical terms, many colleges would be hesitant about significantly increasing rent – due to student backlash.

However, say if it is indeed a zero sum game and if colleges were to find that increasing rent is the only way to be able to afford to pay the Oxford Living Wage, then regardless, paying workers a fair wage is something that holds absolute priority and should never be something we are willing to compromise on. If consequently, students find it difficult to afford these, most probably marginal, increases in rent, they have access to both college level and University level hardship funds as well as a multitude of bursaries and scholarships, all of which can help with these costs; and incidentally, all things that underpaid college staff do not have access to.

Of course, many people are sceptical that college administration will even listen to students on such issues, this is always a possibility when JCRs take a stand against college staff on anything that relates to administrative matters. The reality is that we cannot know for sure if they will hear our concerns or if they will take any action. However, by continuing to propose such motions to our JCRs, we ensure that, at least, there is a chance that something positive will happen and this chance and optimism is better than doing nothing at all.

I hope that we begin to see more such motions advocating for the Oxford Living Wage being proposed across Oxford. The City Council currently pays all of its employees this wage and some colleges pay the wage for a proportion of their employees already. However, there is a lot of work to be done and I think that anything students can do to aid this process is helpful and valuable. As a generation, we often criticise large corporations for underpaying their workers, but sometimes we forget that it is happening on our very own doorstep. 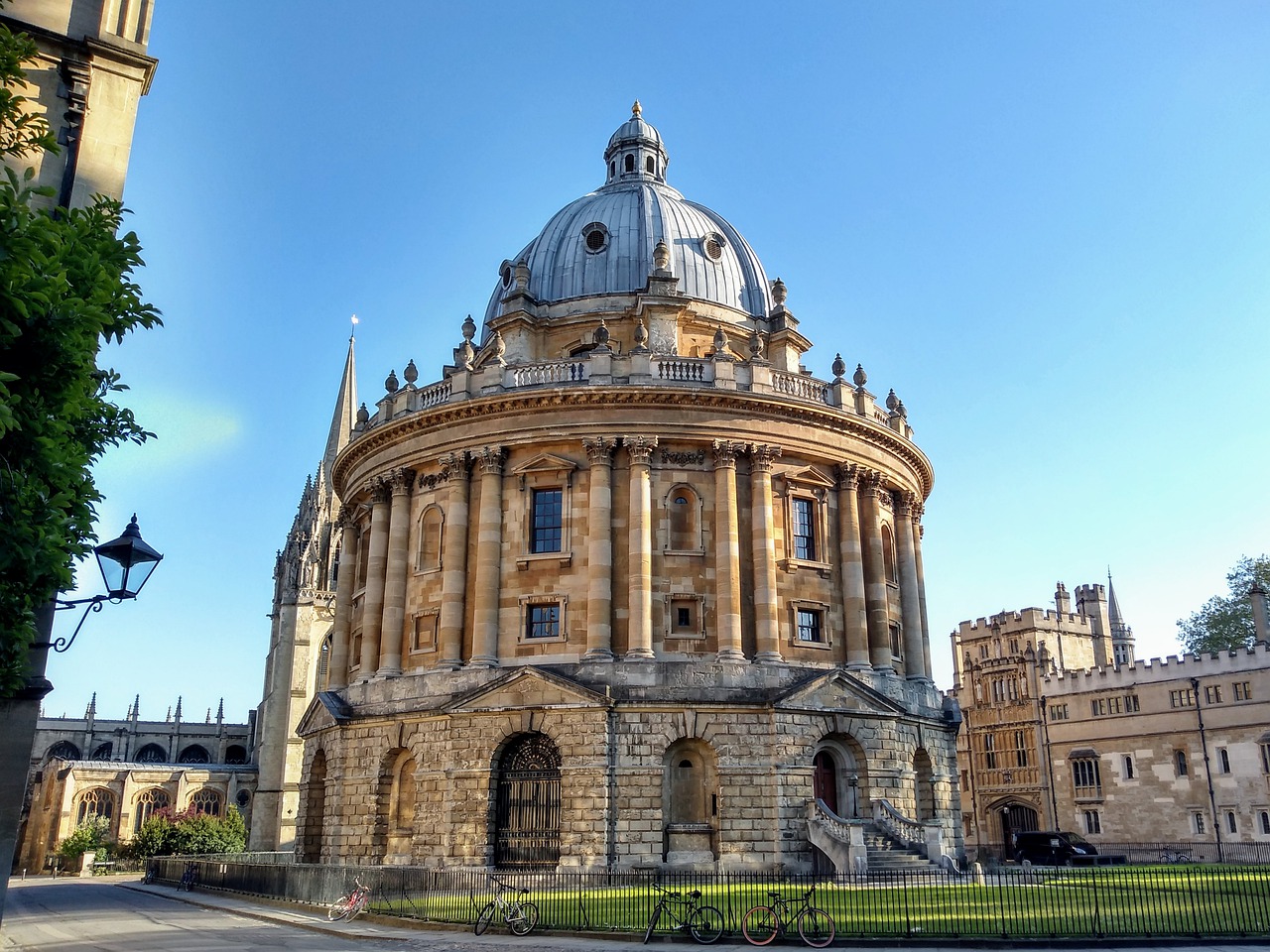 College marquees to be set up for dining and more