When is the last time you counted the number of words you uttered in a day, and thought about what you said with them? What if, all of a sudden, a cap was placed on your ability to speak, forcing you to choose carefully every word you say? The introduction of a new law that does just that – the Quietude Bill – is the premise of Lemons Lemons Lemons Lemons Lemons. Sam Steiner’s script is brought to full life by Dromadaire Productions, with cast and crew alike offering us a compelling and unflinching look at the role that language plays in our lives, whether real or virtual.

Not much is given away before the lights go up, but as soon as they are the it easy to decipher that this is a flat, with all the paraphernalia of millennial life – a globe, books, bowls and bottles of juice and ketchup scattered across the dining-cum-office table. It is clear that, under the direction of Kat Cooper, creative use is made of the space. We see Oliver and Bernadette – Louis Cunningham and Mattie Williams respectively – get off to an awkward start: their dialogue is stilted, they speak over one another. But this awkwardness is not only performed well but deliberate, drawing our attention to the ebbs and flows of speech between the couple as the play progresses.

Bernadette is a divorce lawyer with ambitions to reach the top. Oliver, meanwhile, is a musician with a strong social conscience. The pair’s worldviews and attitudes sometimes jar, but they and their relationship are both impacted by what Oliver terms the ‘Hush Law’. The audience sees them fall in and out of love, but the fact that this a play all about what is said and left unsaid draws our attention to the veneer that language can constitute. Standout scenes include a riff on the hackneyed but seemingly irreplaceable phrase “I love you”, as well as the frequently infuriating “Can we talk about this later?”. Besides this, though it might take a while for the viewer to work out the significance of the repeated utterance of seemingly random numbers, the realisation adds a further layer to this complex but never cumbersome play.

Despite these serious themes, there are plenty of comedic elements present: early on, Bernadette compares falling in love to grating cheese, and Oliver remarks wittily that, in a relationship, “You need light and shade, because otherwise you’d be hot and sweaty”. But this comedy never distracts from or dilutes the more profound questions Lemons Lemons Lemons Lemons Lemons poses; rather, it intensifies the personal implications of political decisions. As Oliver says to Bernadette: “I can’t know you in 140”.

In this new world of censored speech, words represent for the protagonists the opportunity to know themselves and others, and this proves a crucial part of identity formation. Although the play does not end on a particularly upbeat note, we are left with the impression that, somehow, the two will muddle through, inventing new methods of communication to keep their love alive despite their obvious differences.

As the only two actors on stage, a lot falls to Cunningham and Williams. Having clearly worked hard to tease out the intricacies and contradictions of their characters, both give confident performances and, as a pair, are superb. Transitions between and within scenes are particularly smooth, making for a fluent seventy-five minutes of drama. Will Hayman’s lighting design complements the action of the play, whilst the musical selection also works well. Dromadaire Productions, then, are to be commended for their creative staging of this play that resonates in so many ways with contemporary goings-on and invites us to reflect on the value we place on what gets said, who says it and, perhaps more importantly, who is listening. 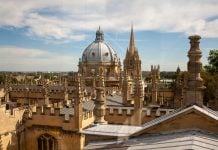