The exploitation of musicians’ emotional struggles

"The general reaction to musicians’ pains is a testament to the humanity of our age." 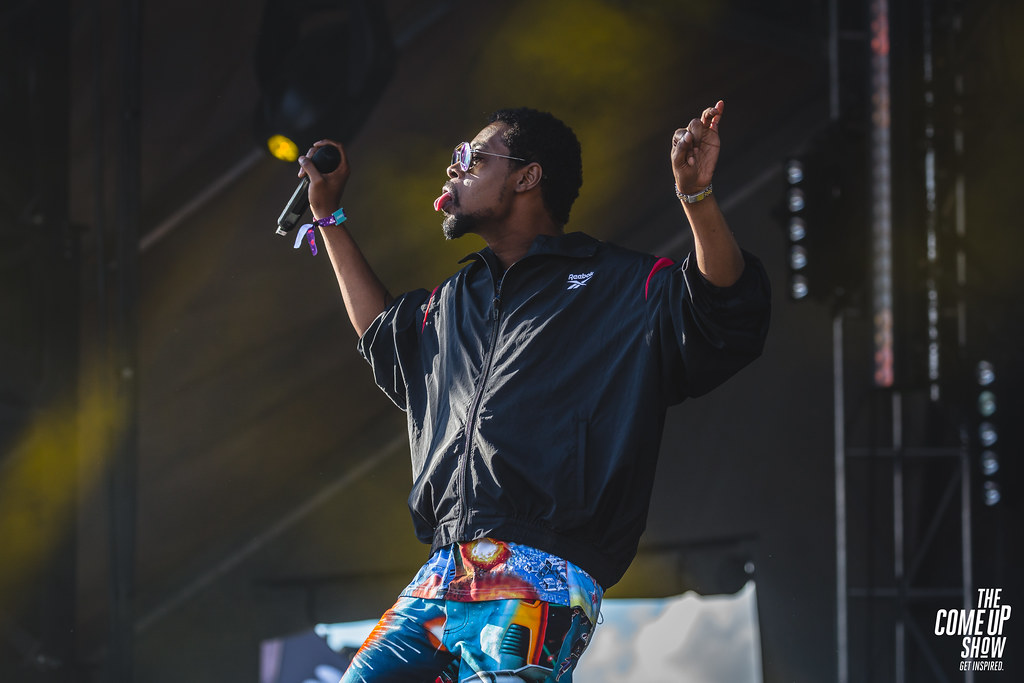 Musicians utilise comedy in vastly different ways. Some use comedy to show personality, like JME and Giggs in ‘Man Don’t Care’. Some use comedy as a way to go viral (think of 2014’s ‘What Does the Fox Say?’), or to go with a funny song. In the video for ‘Ain’t It Funny’, rapper Danny Brown uses comedy to comment on the difficulty of dealing with mental health problems in the public eye. Based on a fictional family sitcom starring a nuclear family and Brown as ‘Uncle Danny’, the video shows increasingly horrific scenes while a studio audience laughs. Subtitles under the music detail the dialogue of the show under the music. Any attempt to address Danny’s problems are interrupted by ‘Kid’, the young son of the family, with the catchphrase “Oh Uncle Danny”, dismissing Danny’s cries for help. Although disturbing, they manage to make the audience laugh with slapstick elements.

At the end of the video, afterBrown’s death, the disconnection between the studio audience’s laughter and the horror of the show is confronted. ‘Kid’, standing over Danny’s bleeding body (Danny’s stabbed by his anthropomorphalised antidepressants), says ‘He’s DYING and you people are LAUGHING. You DISGUST me.’ As the character who shuts down any discussion of Danny’s problems, this feels like a dig at those who express sadness at deaths on social media but do nothing to help when they are alive.

‘Ain’t It Funny’ is the sixth song on Brown’s fourth album Atrocity Exhibition. The name of the record comes from the controversial 1970 J. G. Ballard novel, in which mass media drives the protagonist insane. With chapters titled ‘Why I Want to Fuck Ronald Reagan’ and ‘Notes Towards a Mental Breakdown’, it is easy to see why the book might appeal – Joy Division also took the title for the opening song on their final album Closer. For Danny Brown, the title is a comment on an ugly aspect of the human psyche, our apathy to the suffering of those around us. In an interview with NPR the rapper laments “when they see anything happen…like say police or anything that’s violent that’s happening, instead of them trying to fix the situation, what do they do? They pull they phone out and try to record it…We living in an atrocity exhibition”. These sentiments are echoed in the sitcom setting in the ‘Ain’t it Funny’ video – Brown’s suffering is just a show to entertain others, instead of real emotional issues to be met with empathy.

Danny Brown has been open about his struggles with mental health, despite taboos against ‘weakness’ in hip hop. In a Twitter rant in 2014 he spoke out about his problems with anxiety and depression, and his use of substances as a way of coping. A theme of his tweets was feeling unappreciated and that his problems were a show: “Y’all just want me to be goofy and Y’all don’t give a fuck about me…”. These feelings are reflected in the video for ‘Ain’t It Funny’: for example when Danny sits on the sofa smoking crack while the family watch TV and the studio audience laugh. “I have a serious problem” the subtitles read, while the laugh track plays over the top. Comedy creates bathos with the pain and misfortune of its characters. However, it stops being funny when real people are the target. Over the past few years Kanye West has been treated as a joke, the superstar rapper’s bizarre behaviour a subject of public laughter. This is despite the fact that he’s clearly struggling – even suggestions that he might be going through serious mental health problems has been used as a punchline. Brown brings attention to the damage that treating someone’s problems as a laughing stock can do.

‘Ain’t It Funny’ was directed by Jonah Hill, himself a comic actor. In many of his roles he plays characters similar to ‘Uncle Danny’. The comedy comes from characters hurting themselves and others, for example through abusing substances. In The Wolf of Wall Street, the comedy comes from the stupidity and excess of Jordan Belfort and his entourage, including his sidekick played by Hill. While I would never defend Belfort, the descent of the characters (including drug is a spectacle to amuse the viewer. Dark comedy is one thing, but we shouldn’t turn musicians and other celebrities into characters in a drama in which their problems are punchlines. They can go through emotional struggles as real as any ordinary person. Social media provides opportunities for people to broadcast their internal struggles – often in very funny ways as to entertain subscribers. Humour can be used as a coping mechanism by the musicians, but the element of comedy should not be the veil that masks real problems and prevents those who struggle from healing. The general reaction to musicians’ pains is a testament to the humanity of our age.