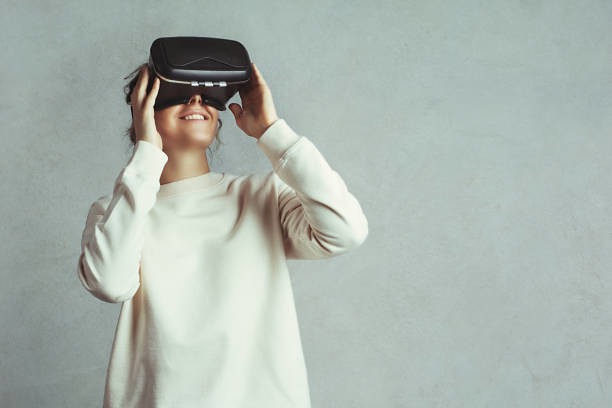 You walk into the plain white, concrete building, expecting a gallery of sorts. Rooms crowded with paintings that defy traditional laws of perspective and colour. What they call modern art. Instead, you come face to face with a baron white cubicle. A woman stands in the corner, holding a pair of VR glasses. She hands them to you. Puzzled, you put them on.

The room is no longer barren. Tall, jungle-like trees and vines envelop you. Sure, it’s black and white. Sure, you know that branch is nothing more than a collection of pixels. But that doesn’t stop you from reaching out, trying to touch it.

You’ve been to art exhibitions before, praised artists for their technique, thanked patrons for their role in the development of the piece. Heck, you even felt the Virgin’s pain, wanting to brush off that single tear streaming down Van der Weyden’s Descent from the Cross. Your friends will never let you forget the silent watershed that befell your encounter with Michelangelo’s David, or how that day walking around the Vatican Museums left you speechless for the entire afternoon. And so, an emotional reaction at an art gallery would be normal. But there was something about the jungle, about the 360 seemingly infinite image around you, that didn’t quite fit with your prior experience of art. As you take off the gadget, the room returning to its original state, your mind frantically searches for an explanation of such feeling. A word capable of encapsulating that artistic and cultural encounter.

It would not be until a visit to the Tate Modern Museum in London the following week, that a sufficiently accurate word, or, rather, description, of that emotive response to the VR Jungle would be provided by your brain. Drenched from head to toe (thanks to the lovely April weather), you’d come into a museum unlike any before. There seemed to be no logical order behind the distribution of art. No chronology. No development of specific, timeless techniques. If there was one thing they all seemed to have in common, it was a desire to play on your senses. And then, as you proceed to take your friend’s – doubtlessly soon to be Instagram post – picture next to a neon light digital banner, it hits you. The VR Jungle played on your senses of sight and touch. The aroma filled plant exhibition a couple of rooms before smelled like summer. And now, the glowing banner captured behind your friend, seemed to be speaking to you. There were no loudspeakers, no sound coming from the machine. And yet, you could hear the anger coming through those neon, bright pink words. And to what end? The idea that somehow, for as long as you were exposed to it, as long as you were partaking in all these experiences, you’d become part of the art.

Art has often been regarded as a creative manifestation of humans’ innermost emotions and lively experiences. With the Renaissance and Enlightenment came, in the Western World, a strengthening of cannons and rules by which to judge artistic production. For many, art became the stuff of the elite, the stuff of private school children and dinner small talk at the fancy events. Walking around museums, travelling to foreign lands in search for historically renowned works, didn’t often make it to bucket lists or weekend family plans.  Despite the number of avant-garde artists and movements, the number of Van Goghs, Kahlos, Dalis and Picassos the last couple of centuries have been witness to, these cannons remain deeply engraved within our society. It remains a somewhat complex world for a select few.

That is not, however, the case of videogames, computer simulation programmes and VR Jungles. In this globalised, “WiFied” world, developments in the field of technology are met with enthusiasm. According to a recent study by Hyla Mobile, people upgrade their phones every 2.92 years, often due to a desire to increase storage capacity, quality of camera and speed of the gadget. Thus, when modern art is created with these technological developments in mind, be that through, or as a reaction to, them, it speaks to not just the art historical connoisseur, but anyone who owns, or has been exposed to, the gadgets our 21st century life often revolves around.

Technological developments have, undoubtedly, changed the way in which we appreciate and manifest our emotions and experiences. It has provided a new channel through which one may be able to express oneself, as well as opening up the artistic world to a wider public. Art was never, in its creation, simply about keeping up a series of cannons, sticking to some laws, and displaying final masterpieces in gorgeous museums. Human creativity and expression find themselves at the core of it all. Far from being detrimental to classical works, modern, technological art has brought these crucial features to light, has fomented a discourse which, though there from the beginning, had been hiding away under centuries of prejudice and discrimination. 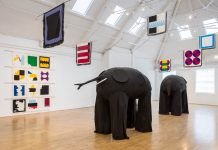