CherwellIndependent since 1920.
Culture “All My Loving”- a love letter to the Beatles’ uncompromising “A Hard...
Facebook
Twitter

John, Paul, George and Ringo, chased through the oft-mistook Marylebone station, boyishly attempting to evade a hoard of adoring young fans. It is an iconic scene that even the most casual Beatles fans can visualise, and one that signposted the beginnings of Beatlemania in 1964. But it is the film that scene lends itself too- Richard Lester’s A Hard Day’s Night – that solidified the bands’ immediate success and wide pop appeal. It captures four Liverpudlian boys on the frontier of their own stardom in a refreshingly down-to-earth and silly way.

Shot on a rather modest £200,000 budget and with few aspirations, A Hard Day’s Night was something of a means to an ends for executives at United Artists, who saw it as a vehicle for more profitable soundtrack sales. It is likely that these low expectations allowed for Lester and scriptwriter Alun Owen to focus on the charmingly natural camaraderie of the band members, as well as their interactions with Paul McCartney’s fictional, stuffed shirt Grandad John (played brilliantly by Wilfrid Brambell). There is little visual pretence, but Lester’s use of jump cuts, handheld cameras and quick fire editing infused scenes of the band with a spontaneity not uncommon in earlier French New Wave films. What’s more, Lester set the model for the modern music video through his use of timely edits to the Beatles’ already seemingly endless repertoire of hits. What was intended to merely be a throwaway exploitation film became an energetic, zippy and mainly just likable comedy, emblematic of the liberating atmosphere the Beatles brought to 60s Britain and beyond.

The upshot of all this is that A Hard Day’s Night nails the feel of a silly jukebox musical but retains this time capsule uniqueness of catching the Beatles’ in their infancy, doing their best to remain humble to the craziness of their own popularity.  It forged the blueprint as the archetypal mockumentary, a blueprint which has been repeated ad nauseum ever since. Sparing a few notable parodies, ranging from This is Spinal Tap (1984) to Andy Samberg’s delightful Popstar Never Stop Popping (2016), few musicians have been able to replicate A Hard Day’s Night by crafting mockumentaries of their exploits that still felt true to the spirit of who they were. Worst still, some efforts, such as 1997’s Spice World, veered so far into horrendously bizarre caricature, that even at a young age, my face contorted with cringe upon watching it on VHS.

Even Richard Lester’s own follow up Help (1965) paled in part due to its overblown ambition to re-capture the energy of what came so easily to Hard Day’s Night, and that was authenticity.  Authenticity in its cinematography, in its screwball sensibilities and even in its dialect. One now famous story about the film’s production goes that, when asked to re-dub the film for American audiences who may have struggled with the band’s accents, Paul McCartney replied:

So clear was the commitment to making the film the undisputed arrival of the real Beatles that the end result was all the better for it. That chase through the station may have been exaggerated, but it did not feel inauthentic to the cultural shift the band was unknowingly ushering in.

It comes then as no surprise that the recent Yesterday (2019), a well-meaning tale penned by Richard Curtis that ponders a world without the Fab Four, decides to pay homage to Lester’s original film by recreating that iconic scene. The plot follows Jack Mallick (EastEnders’ export Himesh Patel), a failed musician who is able to take advantage of his knowledge of the bands’ discography to catapult himself to fame. After surpassing Ed Sheeran (the film’s sole pop music yardstick), Jack finds himself ambushed by admirers and forced to run away a la the Beatles. But Jack being chased by adoring fans does not feel like a fun little nod to the original scene- it felt more like a cheap replica screengrab or a trailer editor’s wet dream.

I tried to figure out why I felt so empty watching that scene, and Yesterday generally. As a cosy reminder of the universality and enduring quality of the Beatles’ music, Yesterday is perfectly serviceable. But it feels disingenuous partially because of the exact reason- it uses the Beatles’ music, but pays only the most superficial of lip-service to their cultural impact, or more importantly still their personalities. In lieu of this, Yesterday ultimately uses the quirkiness of its Beatles-lite premise to tell a paint-by numbers love story without any legs. In its own warped way, it’s the same advantageous mindset of those UA execs out to make a quick buck out of a Hard Day’s Night.  Yesterday possesses none of the energy or deadpan absurdity or authenticity that Lester and co strived for in their film- consequently, its all winking references and little heart.

But, fifty-five years on, A Hard Day’s Night remains firmly engraved within cinema and popular history because it was afforded the luxury of few expectations and the opportunity to showcase the bands’ personality and interplay. Confusingly however, it has created a cinematic legacy for the Beatles that has proven startlingly difficult to beat. If my main criticism with subsequent Beatles-centric pictures is that they do not quite live up to A Hard Day’s Night in attempting to mimic it, then there are certainly worst gripes to have. Fans of British film history and sane music lovers alike will find it impossible not to smile at Hard Day’s Night- it’s a witty and beloved snapshot of the Beatles being true to form. 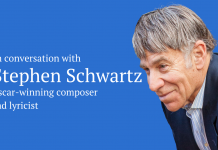