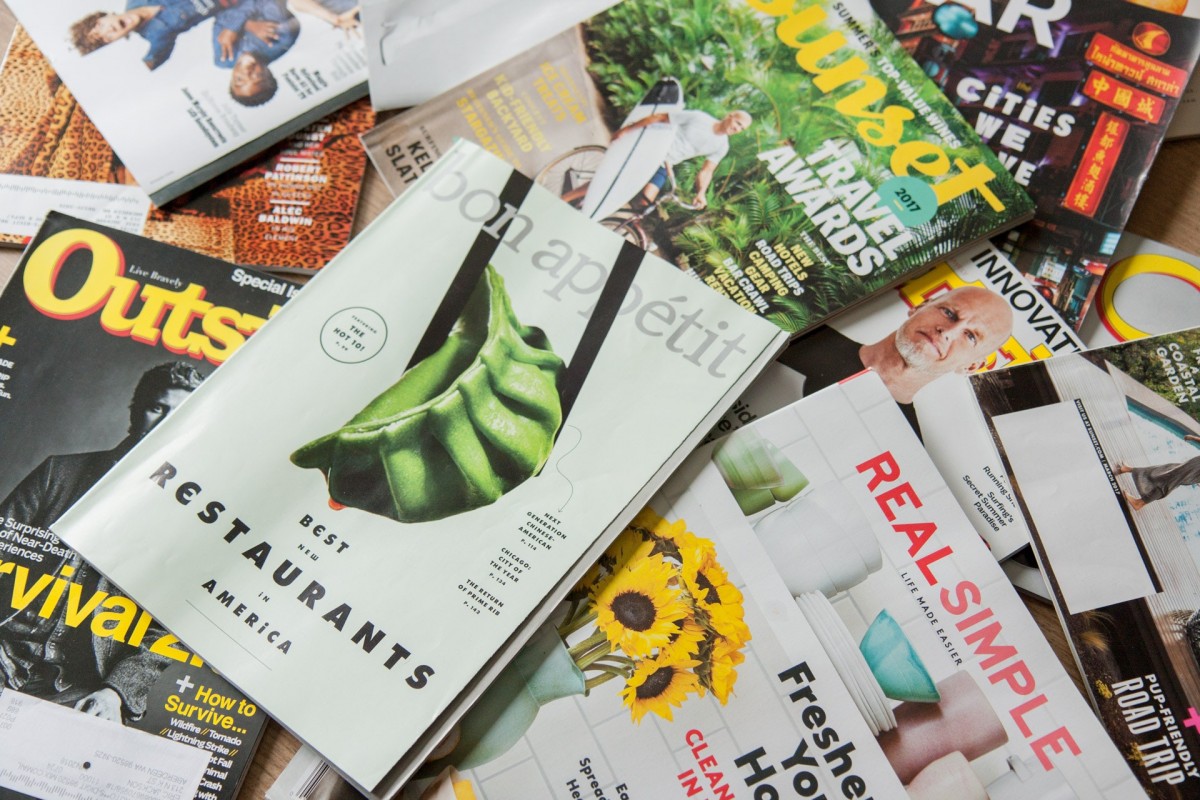 A familiar scenario: Smothered by deadlines, exam pressure building and faced with the prospect of never-ending revision, the allure of kicking back for a minute and scrolling through social media becomes increasingly hard to resist. We live in an era of increasingly short attention spans. Just look at the difficulty of writing a hook that’s both interesting enough to pull a reader in and convince them that reading the rest of this article is worth their time. In a world where relaxation takes the form of 6 second Vines and temporary Snap stories, and where we are used to having our entire culture and news filtered through to us in carefully curated 280-word tweets, how can traditional print press compete?

Once upon a time, the popular magazine was a teenager’s chief tool in getting to know their heroes. Published interviews provided exclusive insights into the lives of celebrities which, in turn, allowed fans to feel as though they were intimate friends with their icons. Magazines had complete control over everything, from who was platformed to what trends were published. Nowadays, however, a fan need only create a variety of social media accounts to have their favourite’s personal photos (Instagram), thoughts (Twitter) and day to day life (Snapchat) fed straight into their timelines from the horse’s mouth. The middleman of the magazine has been removed: now the interaction is direct, intimately interspersed with posts from your friends and – cost of electronic device aside – free.

The result is that many magazines have been forced to sink or swim. In 2018, music magazine NME ceased producing print publications after 66 years to focus on a digital audience. Earlier this year, celebrity gossip magazine Now followed suit, only to be followed by fashion and beauty magazine Marie Claire, which will also make the jump to digital-only in the coming months. TI Media, the latter’s publisher, explained the shift: “to best serve the changing needs of its audience’s mobile-first, fast-paced, style-rich lifestyles.” Whilst this prognosis certainly looks dire for print, it reflects the ever-changing ways we as readers interact with the content we are given. Snapchat is a leading example, carefully combining its stories page with a plethora of articles and content from various publishing outlets, all of which can be easily subscribed to with just an upwards swipe. With a University of Chicago study finding 75% of American teens alone (aged 13-17) use Snapchat, magazines are arguably reaching a wider audience than ever before by integrating their articles with posts from friends.

However, as with anything, this shift hasn’t come without its problems. An Influence Central report found that by the time they are 12 years old, 50% of children are active on at least one social media platform. Already, the rising prominence of ‘fake news’ puts susceptible people – such as uninformed children online – at risk. By adding the sensational journalism that is favoured by many celebrity magazines to the mix, these figures would suggest that an increasing number of children and teens are becoming exposed to unrealistic body standards, bias reporting, and overall toxic attitudes at a much earlier age. As a jaded university student, the People and Cosmo headlines on Snapchat initially identify themselves as attention grabbing clickbait: over-the-top but ultimately harmless (and sometimes even entertaining). Yet presented beside articles from the controversial likes of The Sun, all neatly sandwiched in one place alongside content from your friends, it becomes easy to see how the lines between reality and fiction can become blurred.

On the surface, it may appear like we are getting more control over the content we see. Flicking through a gossip magazine in the form of a Snap story certainly has the fast-paced appeal many of our shortened attention spans demand. Social media allows us to follow, and subsequently learn more about, the specific celebrities and trends we are interested in and simply ignore and not follow the things we couldn’t care less for. Yet perhaps the physicality of the printed page acted as a tangible reminder of the difference between reality and the sensational fiction we were consuming. It is easy to choose to subscribe to a magazine, read for a while, and then close and be done with it. But to live a life disconnected from our phones, away from savvy promoted articles and ads interspersed in our feeds, with total control over what we see and where we see it? Now that is a much trickier task.