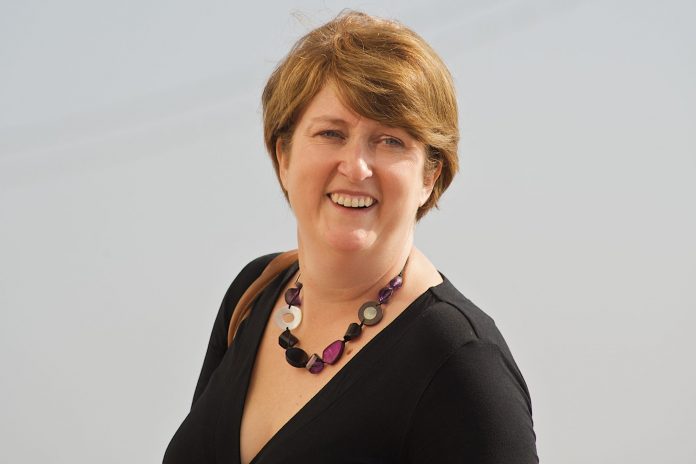 I meet Jacqui at the Big Tent Ideas Festival, a day of political debate and discussion with MPs, academics and journalists held in Mudchute in South London. The former Home Secretary was appointed chair of the Jo Cox Foundation in May 2019. As is customary at all political events these days, before entering the venue I have to pass through a thorough security check, where a metal detector is passed up and down me, the contents of my backpack emptied out , each item individually inspected – a reminder of how much effort is now needed just to ensure MPs are able to engage with the public in safety.

Jacqui is speaking at a panel discussion on the abuse facing those in public life, alongside Angela Eagle MP and Lord Jonathan Evans. Among the ideas discussed on the panel was  Eagle’s proposal for an outright ban on all anonymous social media accounts,  given that these are disproportionately responsible for the proliferation of abuse. I ask Jacqui whether that’s something she supports: She seems reticent to endorse a full ban on anonymity.

“There might be circumstances like whistleblowing where anonymity is justified,” the former Home Secretary says. “What is not justified is hiding behind anonymity to commit criminal acts.”

The volume of abuse directed at parliamentarians has ballooned in recent years. Research by Amnesty International on online abuse in 2017 revealed the full extent of the problem. In the period January to June 2017, 8,121 out of 140,057 of all tweets mentioning @HackneyAbbott, the Twitter Handle of Diane Abbott MP were classified as abusive. Women and minority MPs are disproportionately affected: the shadow Home Secretary receives almost half of all abusive tweets directed at women MPs.

But, I ask Jacqui, while social media has given a platform to those who wish to abuse MPs online, what difference would it make to shut them down? The people would still exist, they would still hold and express the same views, only it would be less visible to the rest of us as they go underground.

“It’s not just that social media is what people say face-to-face. Social media radicalises: it develops the attitudes not just facilitates communication.” Smith tells me.

“There is considerable evidence of a growth in intimidation, death threats and abuse. The business model incentivises this – there is a premium for agitation.”

Jacqui tells me the visibility of abusive online messages is causing those who work or want to work in politics to reconsider.

“What shocks me is the way in which verbal and physical abuse is so prominent – I’m really worried about that. I’ve spoken to people who say they want to step down. People who changed their roles because of threats and intimidation. People say it prevents them from coming forward.”

This narrative of an illegitimate democracy was arguably what motivated the murderer of Jo Cox, who is alleged to have shouted “this is for Britain” before carrying out his attack.

The murder, which took place days before the EU referendum, was a great shock to both the country and to the world. This was the first time in over 25 years that a sitting British MP had been killed. I ask Smith whether the murder was a freak occurrence, or evidence of a much wider phenomenon. “What happened to Jo Cox is not a one-off. There has already been a plot to murder Rosie Cooper MP earlier this year which was stopped by the police.” Jacqui refers to the plot by far-right extremist who purchased a sword online and researched how to cut the jugular artery before his plans were thwarted by an informant. Renshaw was sentenced to life in May 2019. It is especially chilling to think that there is a real risk of future attacks.

Does the severity of the risk call for strong legislative change to mitigate the risk of further violence? Smith is clear that the Jo Cox foundation is not in the business of lobbying for changes to the law, or to make party-political points: “We don’t want changes in legislation but rather a joint standard agreed between all parties. The Foundation has three objectives; local communities that are engaged, cohesive and able to contribute to what’s going on; a national politics that is lively but also respectful and developing a fairer world.” A message which I think few can disagree with.

Be more Banksy: how the UK continues to fail refugees in need