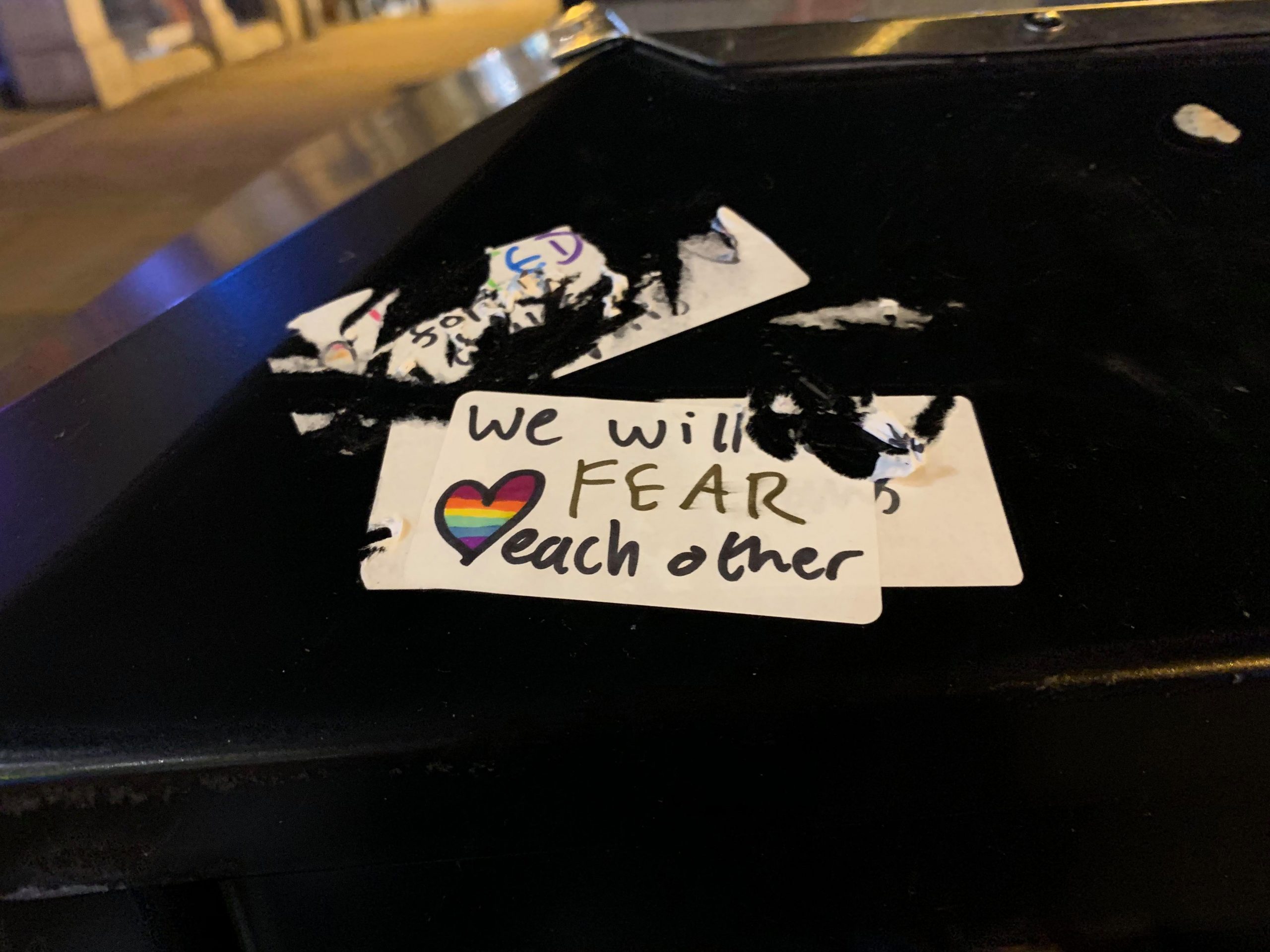 Thames Valley Police have called for witnesses after a slew of transphobic stickers were posted around Oxford city centre.

In a statement on their website, Thames Valley Police referred to the posting of the stickers as a public offence, with stickers being placed around the High Street, Catte Street and Parks Road areas from March 2019 onwards.

Investigating officer PC Rebecca Nightingale said, “Behaviour like this is not acceptable and we take incidents of this nature very seriously,” and called for anyone who had witnessed the placing of the stickers to call the non-emergency 101 number.

The stickers are thought to have largely posted by a group known as trans-exclusionary radical feminists (TERFs) and include comments such as “Woman. Noun. Adult human female” and “women don’t have penises,” as well as “Auto-gynephilia.”

Oxford’s trans community has been fighting back against the at- tacks by replacing or removing the stickers with affirmative messages such as “Trans happiness is real,” a common slogan graffitied by a TERF counter movement of the same name, and stickers trying to encourage TERFs to talk to them. However, many of these stickers have been subsequently defaced with messages such as “die mad about it” and swastika signs.

Zaman Keinath-Esmail, a first- year student at Oxford who identifies as non-binary, said: “[I feel] a bit angry, as they [the stickers] are generally invalidating and I would have hoped Oxford would be more accepting than that.

“But also [I feel] defiant, because I enjoy activism and fighting for my values and this is like a call to action in a sense – there is something wrong and I want to change it while standing up to the trans- exclusionists,” she added.

However, the police’s approach to the stickers has been criticised both in The Spectator and by Oxford’s Associate Professor in Sociology, Michael Biggs, who said: “To say that a dictionary definition is a terrible hate crime is extraordinary.The police is being incredibly irresponsible.” He also accused them of taking sides in the debate, saying that if putting up stickers was a criminal act then the activists replacing them with positive images should also be the target of any police action.

Professor Biggs was found to be linked to a number of transphobic tweets in October 2018, with The Oxford Student finding tweets under the handle @MrHenryWimbush, an account which allegedly belongs to the profes- sor. The tweets included content which misgendered a transgender sportswoman and a tweet stating, “the odd thing about transitioning is that it makes you less attractive.”

The story also provoked a satirical article in the blog section of The Spectator, mockingly referring to the stickers as a “transphobic crime wave.” Several others reacted on Twitter to the police response, with one user saying, “Stickers v stabbings? Police concentrate on stickers!” whilst another commented, “the stickers can’t be offensive.” Another user referred to a previous instance in which trans-exclusionary radical feminist Kellie-Jay Keen-Minshull paid to have a billboard put up in Liverpool bearing the same message as the stickers appearing in Oxford.

However, some supported the police move, calling the stickers “an ugly and destructive provocation,” whilst another said the stickers were a measure used by “upper-class TERFs… to ‘raise consciousness’ about their non-existent oppression’.” One user made reference to the vulnerability of the trans community to such an attack, adding “transphobia is bigotry.”

The leader of counter movement Stickers Against Hate, who replace transphobic stickers with positive messages, said: “I can’t imagine not doing it. Walking past these stickers regularly, even while taking them down, feels absolutely horrible. And I’ve heard from multiple people how much of a difference it makes to see supportive stuff all over town.”

Zayna Ratty, President of Oxford Pride, told Cherwell: “Unfortunately no one has been caught and the police can only do what they can.

“It’s their interpretation of the law, and what’s admirable is how our community is answering with positive stickers.”

Home Office Figures published on October 15 showed an increase in hate crime during the year 2018- 19, with 2,333 transgender identity hate crimes – an increase of 37 percent from the previous year. However, they commented that the reason for the increase may be due to better reporting of crimes, although “genuine increases cannot be ruled out.”