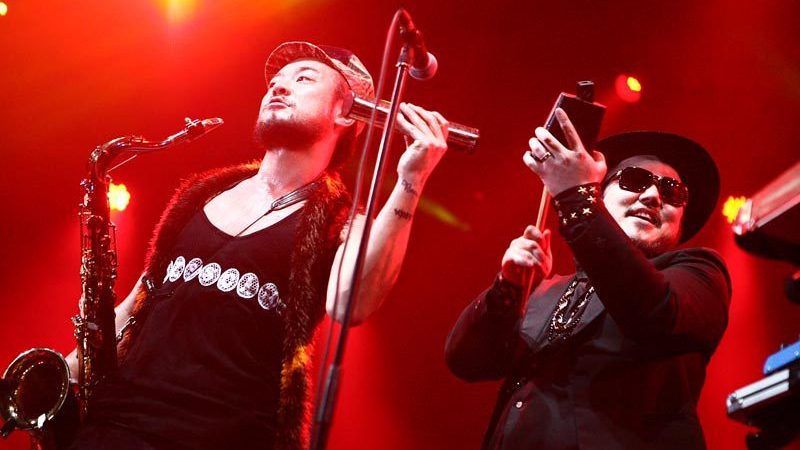 In early September, the IOC published an article celebrating the life of ‘Father of Modern Olympic Games’ Pierre Coubertin. Whilst highlighting his struggles in launching a modern revolution, bringing about a grand feast that aimed to resemble the spirits of the ancient Greeks and celebrate sport on a worldwide scale, it also illustrated the complexities of contemporary realities – namely the politics and wars of early twentieth-century Europe – which largely hindered and tainted his grand ambitions. His experiences act as vivid reminders of the complicated power dynamics behind the façade of Olympic Games, especially in terms of politics and history, which deprives the Games from possibly achieving their sacred and, perhaps more importantly, ‘pure’ status that Coubertin envisioned.

As the 2016 Olympic Games concluded in Rio, the next host nation, Japan, was given a section of around eight minutes to present a teaser of what was to come. The blend between sports and pop culture on top of the mix between upbeat jazz and contemporary dance gained widespread appraisal. The organisers successfully demonstrated a unity between the country’s rich history and advanced modernity, especially during the end piece where the dancers, dressed in bright white and red, brandished flags of Hinomaru and then proceeded to position themselves to form the futuristic skyline of Tokyo.

In seeking the origins of that very piece, however, the message conveyed here by the organisers becomes very interesting. The piece was a rendition of the original, performed by SOIL & PIMP SESSIONS and written by prominent Japanese musician Sheena Ringo. Titled ‘望遠鏡の外の景色/Bōenkyō no Soto no Keshiki’ (literally: view outside the telescope), it was originally written for Noda Hideaki’s 2012 play ‘Egg’ and was performed during the curtain call. The play, relatively unknown in the West, is a blatant critique of Japan’s war in Manchuria in the 1940s and its attitudes towards it. The story unfolds as a theatre director, played by Noda, discovers a draft of a play about a number of ambitious athletes who pursued victory against the Chinese in a peculiar sport named ‘egg’, where players aim to pierce a hole in the shell of a raw egg without breaking it. In the first hour or so the play rather successfully disguises itself as a modern farce about love and sports, centred around an energetic newcomer to the sport and his adoration for a pop idol who also happens to be the daughter of the owner of the sports club. At times it seems to be a bizarre critique of Japan’s pop industry and consumerism, though still incorporating strong literary flavours highlighted by the lines of Lautréamont and Busse. In the second half, however, the pace accelerates drastically, and the audience is taken from ‘the present’ back to the year 1964, and then eventually to 1940. It soon becomes apparent that it was the Olympics that linked three different realities in this timeline. The 1964 Games allowed Japan to begin to forget the atrocities of the war and demonstrate the country’s miraculous post-war recovery, while 1940 saw the Japanese Olympic Committee’s announcement to abandon plans for hosting the summer games in Tokyo due to the ongoing war in north-eastern China. Yet, the most shocking reveal is the identity of the sport ‘egg’, the essence of the entire play. In a black-and-white video, the audience is introduced the true nature of the ‘sport’: a biological weapon developed by students of Tokyo Imperial University and nurses of Unit 731 – an infamous unit under the Japanese Army responsible for much of Japan’s war crimes during the Second World War. The pop idol is revealed as a puppet, used by the authorities to entertain the Japanese soldiers, while the ambitious newcomer becomes the scapegoat of the chief researcher behind the project, who eventually retreats to Japan along with the higher authorities. At the end of the play, the protagonists, blinded by their fervent love for their country, are ultimately betrayed by it, fading as a bright, crimson red coloured summer Manchurian sky.

Haunted by the controversies that surrounded the 1936 Games hosted by Nazi Germany, Coubertin wrote the following lines for its closing ceremony: ‘The choices and struggles of history will carry on, but gradually understanding will replace dreadful ignorance; mutual understanding will soothe impulsive hatreds. In this way, what I have worked toward for half a century will be strengthened.’ Perhaps fortunately, Coubertin would not live to see the outbreak of WWII, nor the trauma and devastation it would bring on a worldwide scale that further shattered his visions. From the end of the War till this day, the Olympics, though commonly seen as a symbol of peace and unity, remain closely intertwined with and often troubled by politics, as the massacre at the 1972 Games and the boycotts of the three subsequent Games can demonstrate. For Japan, while the Showa-era is now commonly viewed in the nostalgic light of prosperity and recovery, it would be impossible for Japan to not address the period of imperialism and rapid expansionism which Noda’s work illustrated as fanatic and maniacal, when it attempts to show off its culture and history.

Noda’s play is a vivid and extremely impactful artistic reflection of the past, and the title of the piece of music corresponds with a line from the play: ‘I use the telescope in reverse, because the faraway views becomes small, and the past becomes distant.’ After an impressive demonstration at Rio, the organisers, in a rather subtle way, presented a powerful reminder for the world: as we keep marching on and keep moving forward into the ever-uncertain future in this fast-paced modernity, we mustn’t forget the lessons taught by history.