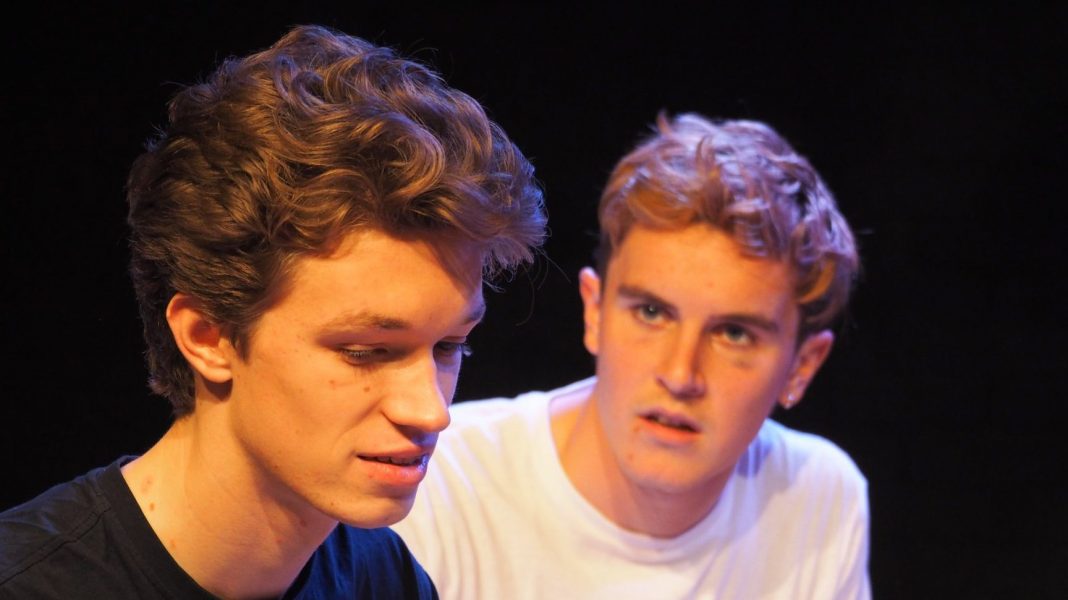 … you’re walking home and you can’t shake the feeling that that guy — there! in the orange beanie, him! — is like, following you from a distance…

Teenage Chris’ psyche is like a jigsaw puzzle scattered on the floor. Some memory pieces are seemingly irretrievably lost behind the sofa, while others can be deduced from the surrounding picture: a life picture revealed to be akin to a Munch painting. The audience, alongside his doctors, solve step-by-step what sequence of events led to pivotal moment where the jigsaw was dropped and shattered – his descent into psychosis – and if the pieces can ever be slotted back into place.

Throughout Tom Gould’s original play Section Two, there is constant flickering between two alternating hemispheres telling stories running parallel to one another. One is set in a numbing in-patient psychiatric ward, which feels more like a high-surveillance prison than a sanctuary of healing. Here, he falls into both heartwarming friendship and chilling life-threatening situations. The other nostalgically portrays his homosexual first love blossoming with Frankie (Max Penrose), alongside the gradual crumbling of his mental health. This parallel story of flashbacks eventually catches up with the other, revealing the breaking point which landed in Chris (Cameron Forbes) being ‘sectioned’ under the Mental Health Act. These two timelines are riddled with contrasts. The tense exchange of interview-like questions of first dates at coffee shops, juxtaposed with the one-sided interviewing by psychiatrists; the awkwardness of first-time sex on a familiar childhood bed, juxtaposed with the sterile white bed where privacy is but a distant memory; freshly hatched stomach butterflies of adolescent romance juxtaposed with blaring panic alarms set off in hospital; innocent chitchat about favourite beers juxtaposed with a cacophony of murderous voices and intrusive thoughts urging him towards suicide.

Yet with these contrasts also comes a balance between despair and hope. The appropriately named Doctor Frost’s (Joseph Byrne) disrespectful, unsympathetic attitude does little to spur on Chris’ progress, but thankfully the far kinder nurse Joan (Harriet Thomas) redeems confidence in the NHS. Bringing laughter back into his days is Emmie (Abby Ferraro), a cheerful eating disorder patient nearing her release. Ferraro’s performance had particular resonance. This prospect that recovery is possible shines a ray of hope into Chris’ life, although the question of rebound patients is left open.

At the forefront of the play, although implicitly, is the issue of societal attitudes towards abnormality, both mental and sexual. Frankie, upon coming “out of the closet” to his mother, is met with hostility; but Chris’ mental illness is met with similar wariness by Frankie. Essentially, coming “out of the closet”, either with homosexuality or mental health issues, to friends and family can throw similar obstacles in your path. Homosexuality was until relatively recently condemned as itself a mental illness; and much like using “gay” as an insult, “psycho” is used daily without a thought to its potential for offence.

Addressing mental illness in a realist, gritty manner, Section Two is much needed. With the sweeping under the mat with a cocktail of antidepressants and anti-psychotics, and the keeping behind clinics’ closed doors, it begs the question of whether we are healing mentally ill people or shielding society from them. This is especially during a time of cuts to mental health services, and with the dramatic prevalence of mental health problems as both a cause and consequence of homelessness.

Artistic creations like this are crucial for re-humanising those with severe mental health problems. Despite the welcomed recent publicity on supporting mental health, the focus is mainly on the more common disorders: depression and anxiety. Given the tendency to oversimplify mental illness, I was impressed by how Section Two insightfully pins down the internally coherent, yet externally incoherent, system in the heads of those suffering from psychosis. 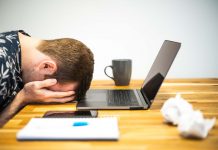