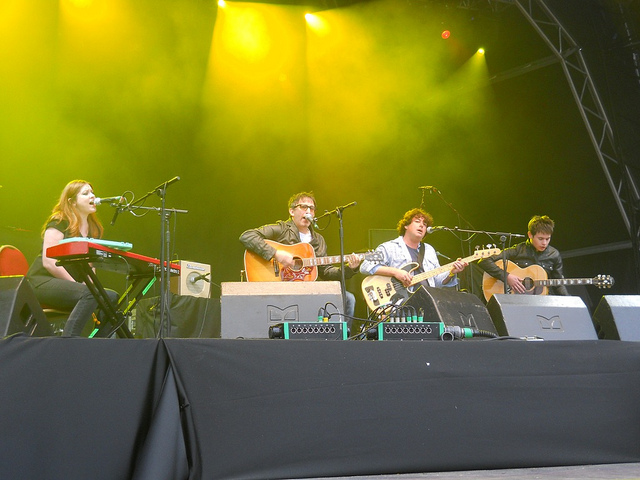 To call the summer of 2018 memorable would probably be an understatement: there was the heatwave, the subsequent hours spent in beer gardens, and, perhaps most significantly, the World Cup. For a couple of weeks, to venture out and not hear some rendition of ‘Three Lions’ was a rarity. The whole country appeared to have briefly suspended all anxieties about Brexit and climate change to group together and sing “football’s coming home.” It didn’t matter about your background (or even if you cared about football that much…), if ‘Three Lions’ cropped up on a night out, chances were that you were singing along. So, what is it about unconventional ‘novelty’ music that creates such a community spirit?

For chart-targeted music to be successful, it must resonate with a mass audience. It must be both palatable and marketable to consumers without losing any of its illusions of ‘raw’ and ‘real’ authenticity. The pressure to create a catchy song that encompasses all these qualities is exacerbated further by the motivations of the music industry. It may be cynical, but there is an undeniable expectation that big artists signed by big labels must make big money. The result is that much chart music runs the risk of losing its originality in its quest to follow the money-making formula. A generic love song is more likely to appeal to a wider audience than a song, for example, about being a “working man from Lancashire” and wanting a chippy tea.

The latter is, of course, the focus of popular Lancashire band The Lancashire Hotpots’ leading hit, ‘Chippy Tea.’ Sing the lyrics to anyone in Oxford and be braced to receive a few blank stares, yet in the Northern county the song graces festivals and football matches alike. So, what do ‘Three Lions’ and ‘Chippy Tea’ have in common? My guess would be less people’s predisposition to write these songs off as ‘novelty’ music, and more to do with the way they make us feel when we sing them.

The initial reaction when people discuss ‘novelty’ music is often, as Dickie from the Hotpots explained when I got in touch about this topic, to think of the negative connotations – “mention novelty music and you can already see people curling their noses.” There is an assumption that it is inherently less serious than chart songs and valued less than music we more commonly associate with ‘art.’ Yet, by definition, ‘novelty’ is not restricted to comedic connotations. Specifically, it is defined as something ‘new, original and unusual,’ all qualities that are perceived as valuable by wider society. If the music is new, original and unusual, then it also must be affecting listeners in new, original and unusual ways. There are hundreds upon thousands of famous love songs in the world, but only one that proudly describes the definition of a Lancashire ‘barmcake’; the Hotpots’ creation is both unique and clearly targeted at a more specific audience. Consequently, the effect of such local novelty music replicates the summer 2018 feeling of singing along to ‘Three Lions’ with a bunch of strangers in a pub (albeit on a much smaller scale). It creates a respite from generic chart hits and an original sense of identity for those who resonate with the song, allowing these people who understand to unite together, have a laugh and sing along.

The Lancashire Hotpots can be described as more of a folk band than anything, “documenting the lives and stories of people in a specific locale”. Though their songs have a comedic undertone to them, they are cleverly pieced together in such a way that provides those in-the-know with a specific local identity. It is this local identity and that songs trying to reach a wider consumer market just cannot manage to give. However, in times where people are experiencing increasing anxiety about the state of the world and political divisions threaten to isolate us, simple things such as having a communal identity to relate to and the ability to have a laugh have become increasingly important. We are a nation of storytellers, and telling the stories of real people in real places in a way people can understand – similar, as Dickie pointed out, to grime artists telling stories about life in the inner cities – is infinitely valuable in developing our personal culture and uniting our communities.

Whilst nobody is ever going to argue that the likes of ‘Three Lions’ and ‘Chippy Tea’ are in the same class as the masterpieces of Mozart or ballads of Beyoncé, this certainly isn’t because they are less valuable. Instead, they are incomparable; their value comes from them serving an entirely different purpose and, if the summer of 2018 is anything to go by, serving that purpose well. As for Lancashire lads and lasses, local bands such as The Lancashire Hotpots represent a piece of home and lift your spirits no matter where you are listening from. It may be sentimental, but nothing can quite top that.