CherwellIndependent since 1920.
Culture Review: The Treasures of Recycled Sculpture 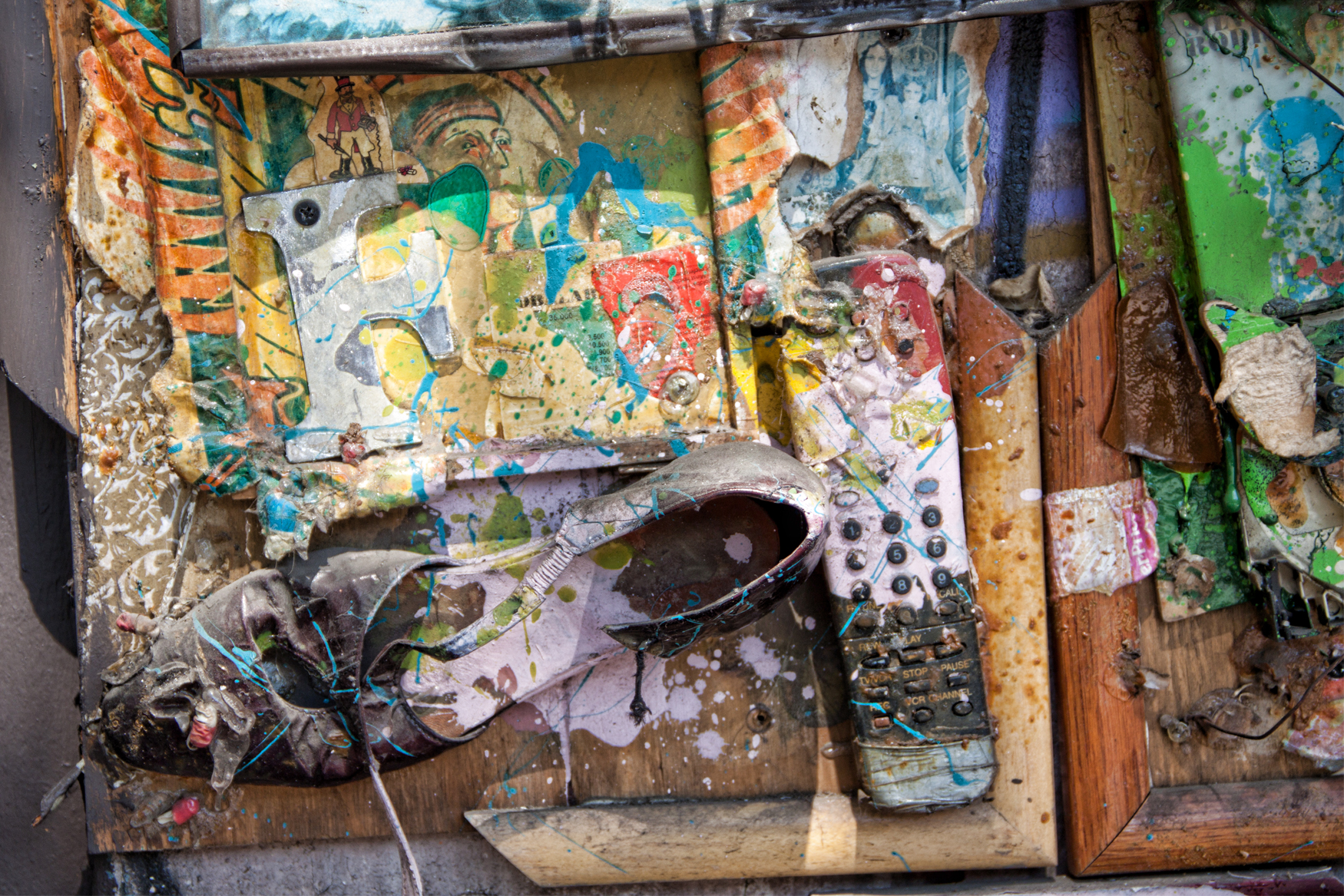 I was caught in heavy Saturday rain on my way to the exhibition. The beating showers and bone-chilling winds had me thinking about today’s forecasts, of descent into ecological crisis, of dramatic rises in temperature and apocalyptic weather on a global scale. It is hard not to feel disheartened in today’s world, where one is perpetually bombarded with predictions of the end and the disheartening, blatant hypocrisy from the corporate powers-that-be. Such ideas were on my mind as I entered the exhibition, and as I left it, I found that my mental load had lightened. The exhibition left me feeling a little more hopeful about a future where sustainability would be seen on a wider scale.

At a first glance, Reinvention ‘The Treasures of Recycled Sculpture’ was a breath of fresh air from the chaos of fast-fashion, pollution and upheaval. It demonstrated the possibilities of recycling and sustainability in the production of works of art in a creative community which I feel has at times lacked foresight into the waste that it has the potential of producing whilst making evocative pieces. All of the sculptures had within them the rebirth of materials and objects once used and, rather than thrown, given new life. The garden was blanketed with autumn leaves and, if not for the presence of the building behind me and the rooftops peaking over the exhibition walls, I’d have imagined myself in the Secret Garden. The sculptures were hidden in the undergrowth and made themselves at home with the orange shrubbery; it made for an entertaining show, where an amalgam of eldritch creatures would push for you whilst others blended in with the bark and bushes.

To my dismay, some of the works of art that had been put up for sale had already been rehomed (I wish I could have seen them all!) but those I was lucky enough to see made my venture into the British downpour a worthwhile one. The display featured the work of a number of artists such as Barnaby Lea, Matt Smart and Sophie Thompson, and the exhibition list that I picked up on my way out informed me of the fact their works were smattered about rather than grouped together. This proved to be a unique viewing experience. You found yourself with multiple works at the same time, the small garden space dividing itself into smaller viewing rooms.

In the first instance, Thompson’s Small Fish and Big Fish swam above my head between the branches of the tree nearest to the entrance; at the same time, the felled tree of Smart’s Stumped had me watching my step. The former, made of repurposed steel, had a beautifully aged and crafted quality to them and seemed at home with their environment whilst the tree, of pale fibreglass and fabric, grew from below like a ghost. The irony of the experience – of fish flying and trees displaced in the forest – was not lost upon me and I found myself strongly amused by the situation. Goose used the shape of an old pair of shears for its head, making me think of modernist re-appropriation of imagery. Poppy Heads grew out of the bush like metal flowers from a copper bush. At the back of the garden Meditation (Smart’s cotton, resin, fibreglass, galvanised steel and latex) sat with palms skyward in prayer, whilst across from it the terrifying pale Angel emerged from the ivy, elaborate horns of wood and resin twisting against bottle-green leaves. Unlike the first scene, this was fascinating and eldritch, and I could not help but notice the shrine-like Buffalo placed at a distance between them, forming a strange triad of mystery and worship.

Outdoor exhibitions are exposed to the elements, and I bore first-hand witness of this when viewing Larisa’s Deep Water. The mixed medium piece was a provocative imagining of people on ships, travelling towards uncertainty. Miniature figures in recycled boats reminded me of issues surrounding immigration today, especially as on of the boats were overturned, the people spilling into the blue tarpaulin ocean that had filled with rainwater. My biggest issue with the exhibition had to do with the upkeep of some of its exhibitions. Understandably, autumn brings with it the fall (pun intended) of leaves and the wetter weather, but you would expect there to be more cleanliness surrounding the presentation of works – compared to a Frieze exhibition that I saw a few years ago in London, I feel that some of the works were at risk of being obscured. In fact, with regards to Deep Water, I felt that much of the piece was hidden to me…

Other than this discrepancy, I felt the
exhibition to be a wonderful balance of the artificial and the natural. As Greta said back in September, “the world is waking up,” and an eco-spirit has now begun to possess people with the desire for better change during our time of increasing environmental tragedy. Changes on a macro-scale – such as faces of Youtube community’s endeavour to plant millions of trees – are slithers of hope through the noise of online hysteria, and I believe that it can be of disservice when one dwells too much on how small one might feel in the face of it. This is what I found to be so inspiring in Reinvention: small changes, when in their multitude, produce larger change. 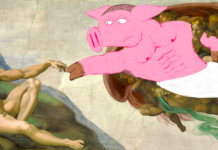