Me Too and Music

How music can be used as a method of strength and survival. 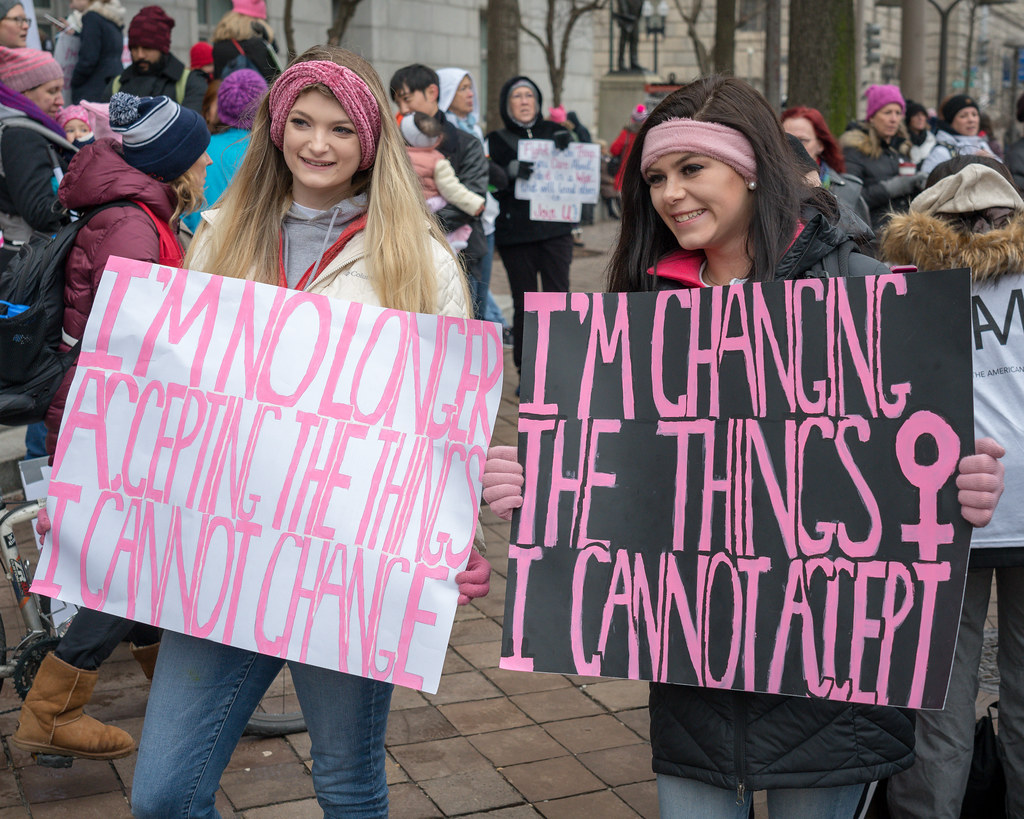 When I was first asked to be involved with the discussion of Me Too and music, my first thought was that I wasn’t qualified to talk about it. Nothing too bad had happened to me. I’d only been groped by strangers in clubs or once walking home along Cornmarket street with a friend: that’s barely anything right? It was horrible, but after a few weeks it ceased to be something that bothered me too much. And that’s when it hit me just how badly we need this movement. Because we all know a woman who’s had something much, much worse happen to her, and it’s so common that that I feel like I’m luckybecause I’ve only been felt up by predatory men.

This playlist is not enough. You can’t slap a couple of songs over a sexual assault and make it all better. But music can be a source of strength to a lot of people – regardless of gender (and let’s not forget that sexual coercion and assault can happen to anyone), and an important way for victims to process their emotions and reclaim their identity and strength. The musicians who are using their voices to promote the Me Too movement speak (and sing) up for people across the world, and although it’s only a small part of a huge and horrible issue, it’s still something that should be celebrated.

We’ve created a playlist called Me Too on the Cherwell Spotify account, and these songs, as well as many others, are included on it.

LADY GAGA – ‘TIL IT HAPPENS TO YOU

Whatever you think of Lady Gaga, it’s impossible not to admire the artist for how candidly and bravely she addresses sexual assault and the rape that happened to her when she was nineteen. ‘Til it happens to you is a powerful and honest soundtrack to Gaga’s 2016 short film highlighting the horrifyingly widespread nature of campus rape, The Hunting Ground. I would recommend you all watch it: it’s one of the bravest pieces of cinema I’ve seen. She performed the song at the Academy Awards that year, surrounded by sexual assault survivors, and delivered a message of hope to people across the world. It’s impossible not to respect the bravery of every person on that stage, which is nothing less than they deserve.

Taylor Swift does not have the best track record when it comes to singing about women. Most controversially her lyric in ‘Better Than Revenge’, her 2010 dig at ex Joe Jonas’s girlfriend announces: “she’s better known for the things that she does on the mattress”. However, in the ten years since that track was released, Swift has matured and grown, and her new hit ‘The Man’, whilst not directly addressing Me Too, calls out the disparities between the treatment of men and women in the music industry and beyond. Asking pertinent questions like “when everyone believes you, what’s that like?” and pointing out that if she was male “what I was wearing, if I was rude, could all be separated from my good ideas and power moves”, Swift makes a direct attack on the very societal standards that make Me Too necessary.

Lynzy Lab shot to fame after releasing ‘A Scary Time (For Boys)’ on YouTube, an ironic tune directed at the men who complain about the Me Too movement. She details the myriad of considerations that women have to deal with on a daily basis: “can’t jog around the city with headphones in my ears/can’t speak out against my rapist after 35 years”, and compares them to the complaints of male opponents of Me Too “Cause it sure is a scary time for dudes/ can’t text a girl repeatedly asking for nudes / can’t make a girl have sex when she’s not in the mood”. This is all presented in a sing-song way, accompanied by ukulele, which only serves to emphasize the situations she’s presenting: a song that many women will relate to.

On 20thJanuary 2018 at the Women’s March in New York, Halsey read out a poem she’d written. It was raw, and vulnerable, and hard to listen to, and it spoke frankly about rape, sexual assault, and life as a woman. You can find it online, and I urge you to look it up. In Nightmare, released in April 2019, she acknowledges these horrors, and refuses to let them drag her down: “I’m no sweet dream, but I’m a hell of a night”.

As I said before, a playlist is only a small thing. However, in order to really change society, each of us needs to do as many of these kind of small things as we can. Call out your friends (again, regardless of gender) when they’re treating people badly, or creating a climate in which these kind of abhorrent actions are justifiable. The songs I’ve spoken about are sung by women, but these things don’t only happen to them, and the fact that everyone can be a victim and should be believed is fundamental. I wish we didn’t need #metoo – but we do, and it’s up to all of us to use its principals to change society for the better.