In England’s eight Euro 2020 qualifiers, 10 different players have scored. Both Harry Kane and Raheem Sterling have a goalsto-games ratio better than 1, with 12 in 8 appearances for captain Kane and 8 in 7 for Sterling. These stats perfectly illustrate the ease with which England managed to secure qualification despite a surprise defeat to the Czech Republic. However, England’s problem throughout the ages has not been qualifying for major tournaments (with the notable and recent exception of Euro 2008); it has been a lack of conviction when playing top-level opposition at the finals.

Even though the performances at the 2018 World Cup were much improved, England’s travails against the elite were again conspicuous. Croatia and Belgium largely dominated their games against England, preventing England from scoring from open play in any of the three games. Therefore, it remains to be seen whether manager Gareth Southgate can lead England to a first major tournament win in 54 years. The England national team has recently suffered from, in Southgate’s own words, a diminishing talent pool. With the Premier League establishing itself as the dominant league bar none, it has attracted a glut of foreign investment, which has been largely spent on transfer fees. Pricey international stars have been brought in to plug gaps in Premier League squads across the board, thereby seriously limiting the number of homegrown young players making it through the academy system. Take the example of current champions Manchester City: when a new full back was needed this summer they opted for Portuguese international João Cancelo, paying Juventus €65 million for his services, instead of a homegrown talent such as Leicester’s Ben Chilwell.

In the past, although Premier League squads may have been composed of a foreign majority, much of the England squad were considered stars at their respective clubs. Nowadays, for instance, Ross Barkley is an England regular despite struggling to win a starting berth at Chelsea, clearly illustrating how the current squad, with the notable exceptions of Kane and Sterling, lacks the talent of the Ericssonera England. This is arguably where England failed at the World Cup – the absence of a world class playmaker meant that they struggle to break down well-organised, top-level defences. The emergence of precocious talents, such as Jadon Sancho and Callum Hudson-Odoi, following the World Cup run brings hope to this current team, although whether they mature enough before next summer to fully make an impact remains to be seen. However, the current side possess a mentality of togetherness which was lacking in previous eras.

It is a togetherness which transcends the club rivalries which were once prominent in the England camp, meaning that Southgate has generally managed to keep morale high. As evidenced by José Mourinho’s past struggles at Chelsea and Manchester United respectively, maintaining good relationships between all members of staff, both playing and non-playing, is essential to on-field success. Aside from a recent dispute between Sterling and club rival Joe Gomez, there has been no conflict in the England team, and this has been a driving factor behind impressive wins against Spain and Croatia in the UEFA Nations League. It is not just intra-squad dynamics which have been healthy: the relationship between the national team and the media has also improved during Southgate’s tenure. There was an unprecedented pre-World Cup press day involving all 23 members of the playing squad, an event which is more common in American sports.

Southgate himself, meanwhile, has often struck a reconciliatory and diplomatic tone at his press conferences, handling sensitive topics such as Bulgarian racist abuse with much gravitas. While some believe that he handled the Sterling-Gomez spat too harshly, he has yet to commit a major PR fault as England manager and has even outperformed prime ministerial candidates Boris Johnson and Jeremy Corbyn in leadership polls. This makes a welcome change from the England of the past, although he will undoubtedly be judged by his on-field achievements. Furthermore, the new England now have developed a cohesive strategy across all levels, from youth to first team, under the term ‘England DNA’. This represents a shift away from the English footballing arrogance of the past, towards more joined-up big picture thinking at the national team level. Losing 5-1 to England was Germany’s watershed moment, one which prompted a regeneration of their entire footballing structure; perhaps the failures of the English national team in the early 2010s were England’s equivalent.

Regardless of what caused the philosophical shift, it has resulted in an effective supply line of young players through the England ranks and into the first team, with the likes of Trent Alexander-Arnold, Ben Chilwell, Harry Winks, Mason Mount and Jadon Sancho all having made an impact in the senior setup under Southgate’s tutelage. There has been a reluctance to select based on reputation, as best demonstrated by Wayne Rooney’s international demise, with the emphasis instead on promoting from the U21s instead. Dean Henderson and Aaron Wan-Bissaka are prime examples of young players who received call-ups, albeit without a full cap, under Southgate as a result of impressive club form. Although it is often foolish to extrapolate a young player’s development trajectory, this policy of promoting youth does seem like it will pay off in future tournaments once those players reach their peak years.

England now possess a strategy (a long-term footballing philosophy) as well as a manager who is adept tactically (the game-by-game organisation of players), both of which it has arguably been lacking for a while. The willingness to experiment as well as adapt, as shown by the use of an unorthodox 5-3-2 at the World Cup prior to the switch back to 4-3-3, has meant that England are no longer tactically-inferior to other top nations. The 5-3-2 formation perfectly suited England’s wing-backs, Kieran Trippier and Ashley Young, who proved themselves to be highly able when it came to crossing from wide positions. However, Southgate decided to switch to a 4-3-3 following the emergence of Sancho, creating a three-headed attack, on which possesses pace, poise and directness in equal measure. The fact that he is willing to change things when necessary displays a level of humility which has allowed this England side to significantly improve over time.

Of course, much of the credit should be attributed to the effect that world-class Premier League managers such as Pep Guardiola and Jürgen Klopp have had on some England internationals, but having a tactically-astute national team manager resulted in the national team reached the World Cup semi-finals for the third time in its history. Despite these green shoots of progress, there have been some ominous signs for England during recent games. There may be little doubt that England are good enough to retain possession against weaker opposition, barring certain short chaotic periods, but they have often found it difficult to create clear goalscoring opportunities against such teams. Perhaps this assessment is a tad harsh given the astronomical positive goal difference accumulated during the qualification period, but the scoreline has flattered England in some of the games and it is worth remembering that the countries in the qualifying group are considered to be far from the European elite.

Often what separates the champions from the contenders is an ability to consistently control the game and win, even on a bad day, and it seems that the current England team do not yet possess this ability. If it is a case of a young team struggling for consistency, the hope is that they will find it before Euro 2020 kicks off. England have set up a framework which is conducive to success, from boardroom to dugout, and managed to recapture the nation’s support during the World Cup a year ago. The squad, led by perhaps the best current national team manager, contains some of the most exciting young players in Europe. However, despite the feelgood factor surrounding the ‘new England’, the inability to consistently perform at the highest level, and win against elite opposition, is worrying. Whether England can go close to winning a second major trophy will depend on whether this young squad can develop a ruthless streak in time for the finals, which will be partly hosted on home territory. 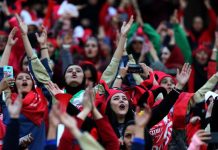