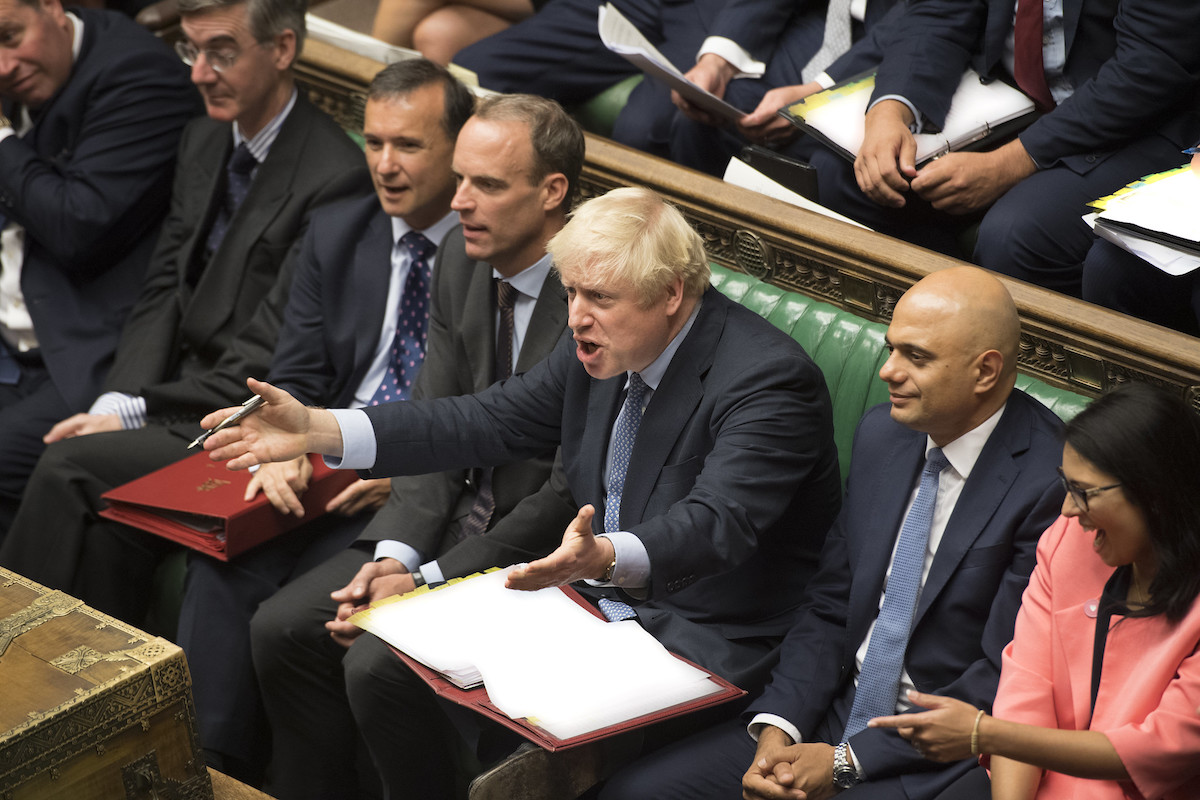 ‘What’s the point in fiction if it’s not somehow different from reality?’ Armando Iannucci writes in The Washington Post.

During The Thick of It’s run, the political world seemed to be a case of life imitating art, with Iannucci and his writers often coming up with inane policies that the coalition government would wheel out months later. I unashamedly followed our most recent general election largely through a Thick quote group on Facebook, amazed by the universal application Malcolm Tucker’s rants seem to have. Today, having moved from a leader with the charisma of a three-day-old box of chips to one whose Wikipedia page states he has ‘At least five’ children, we may long for a Nicola Murray or a Peter Mannion, whose crimes were at least limited to incessant buzz-wording and excessive Twix consumption.

In many ways, the political farce of today seems far too ridiculous to be true, and Iannucci himself laments that ‘any attempt to present a fictional version of today’s events would never be as crazy as the real thing’. Dominic Cumming’s masterstroke of sending Boris out to regale the public with his apparent love for modelling buses out of wine boxes is right out of the top drawer, trumping anything that the likes of ‘quiet batpeople’ might throw at it. Of course, this was only an attempt to muddy search engine results, distracting from the £350 million pound lie emblazoned on BoJo’s Brexit bus, but oh well.

The only way to make sense of these ridiculous goings-on, I think, is to treat them like the jokes they really are. Instead of seeing Boris as a man, I suggest that we might see him as a performance art piece actually operating at the forefront of satire— the Old Etonian spearheading a ‘People’s Government’, an oven-ready Jonathan Swift for the Meme Age. As soon as the Conservatives launched ‘lo-fi boriswave beats to relax/get brexit done to’, it became clear that our timeline had somehow transcended political reality. Our world treads so closely to the land of fiction that we might as well treat it as such.

In fact, I’d say that Boris Johnson’s casting as the primary pro/antagonist of season three of The Tories is nothing short of genius. To compete with Love Island, we all knew a change was in order. The show had been struggling in the post-Cameron era, losing much of its edge and wit as Theresa May gave something of a lackluster performance, free from the razor-sharp satire that David so aptly delivered. We can all remember season one’s highlights. Cameron and his team of writers were unrelenting in their pursuit of the “posh toff” caricature, expertly working in details such as Cameron’s Bullingdon Club membership, and the allegations of pig-f*****g that ensued. Cameron perfectly skewered the OE political class with his carefully contrived combination of cronyism (inviting previously more minor characters such as George Osbourne to share something of the limelight) and the easy repartee he shared with fellow ex-public-schoolboy Nick Clegg. The season was near-perfect, dropping in the Panama Papers scandal at just the right time, before climaxing in the pig’s ear that was the Brexit referendum.

It was only right that the showrunners deemed a change of personnel was in order. Cameron’s elitist figure had done all it could to skewer the old-fashioned political class, and it was time for a breath of fresh air. Season two, however, was a disaster. Theresa May’s performance as protagonist was akin to that of a 59-year-old vicar’s daughter trying to revive a dead horse. In fact, that’s exactly what it was… May lacked entertainment value, and viewer figures dropped off as anti-scandal after anti-scandal emerged. One can’t help but blame poor writing as well— the whole ‘fields of wheat’ storyline did nothing for positive character development, and exposed May to amateur online ridicule rather than the full-blown press meltdowns that previous protagonists craved. Season two was something of a non-event.

Now that we’re a few episodes into season three, I’m a mixture of delighted and disappointed. It’s something of a let-down that after having pushed the boat out with a female, non-public-school PM, the writers have immediately fallen back on such a Cameronesque character to lead their show forward. However, I must say that as a vehicle for satire Johnson does superbly. He manages to poke fun in the face of racists, with his ‘postbox’ comments highlighting the ignorance and downright negligence with which previous politicians have operated, whilst casting a light on the sexist operations of British magazines through the accusations of sexual harassment that peppered his stint as Spectator editor. His perpetual misquoting of the classics goes beyond the polish of Cameron’s posh stereotype, with these inane attempts at intellectualism revealing the exterior bluster that the men Boris seeks to satirise have relied on for so long. All in all, this season of Tories is shaping up to be one of the most ground-breaking yet.

… Is the review that many would love to write, were the governments of recent years some of Iannucci’s inventions. Satire, I would say, is not dead. Instead, it has moved on from drawn out and well-developed politically based TV shows, and onto sketch formats and internet memes. As politics gets more ridiculous, so will the way in which we mock it until someday even student journalists feel free to chance their arms.