When a 'waste-free' Christmas becomes a merry christ-mess 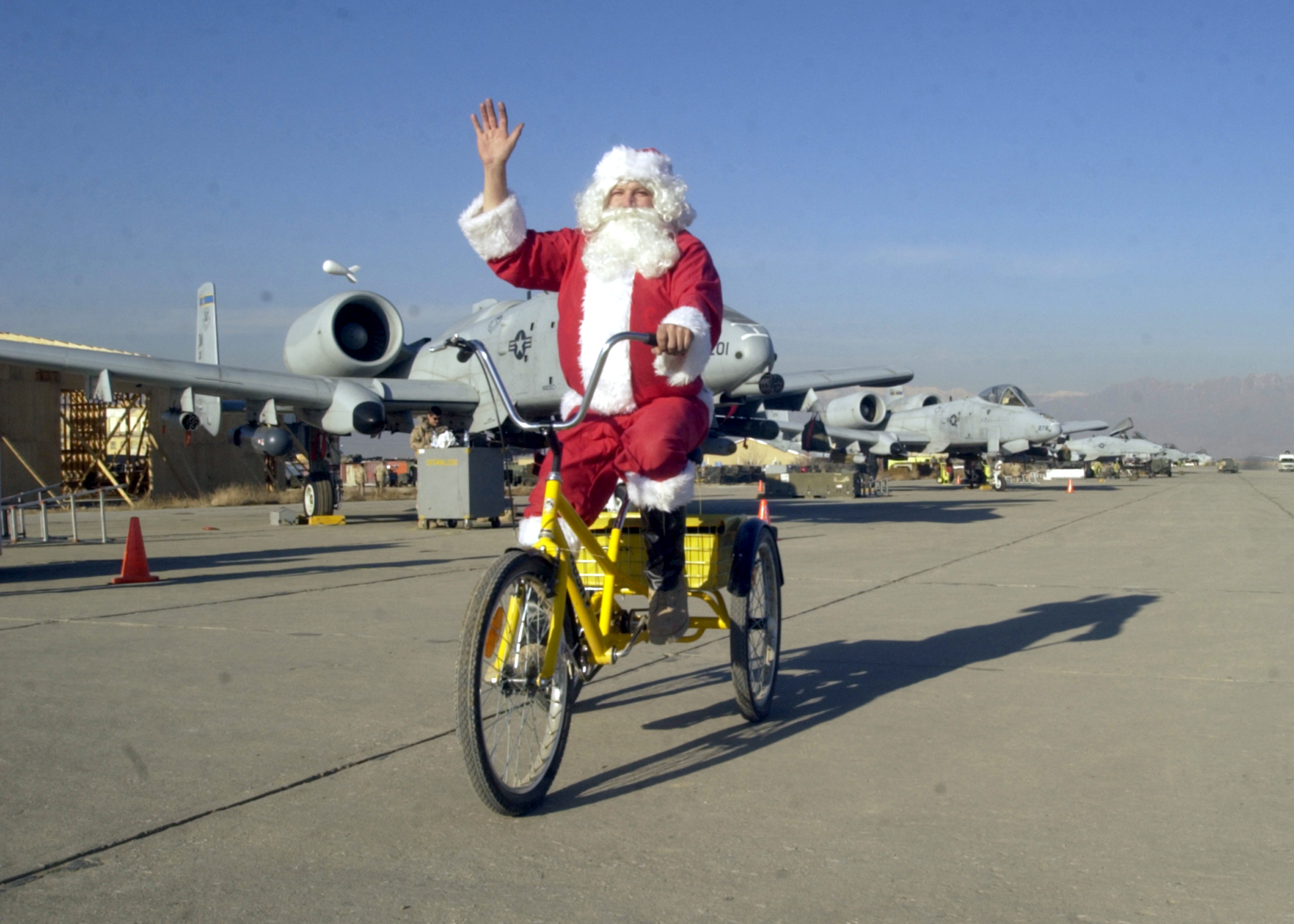 It is hardly a ground-breaking revelation that Christmas is an extremely wasteful enterprise. I could reel off facts – over the period 6 million trees are discarded, 100 million bags of rubbish accumulate and apparently 17 million Brussel sprouts are thrown away (although I am dubious about how such a statistic is calculated). Regardless, the incomprehensible quantity of waste is bound to drive pangs of guilt into the conscience of even the most immoderate Christmas fanatic. Thus, most would prefer to remain ignorant of the facts, saving their ‘Earth is dying, so will we’ and ‘there is no planet B’ Instagram quotes for the new year. However, due to my mum’s insistent anti-palm oil venture, this year my family was not going to be among them. It would be a truly green Christmas, whatever that means.

Due to a lack of extended family (my parents are both only children), Christmas has always been a fairly small event – devoid of the stereotypical drunk uncle and wasted older cousins. Thank God. However, it is still by no stretch of the imagination, a relaxing time of the year. Having grown up in a vegetarian household with an abundance of fussy siblings, the classic Christmas spread of turkey, Brussel sprouts and pigs in blankets were never on the cards. Instead, we always ate a rather experimental veggie dinner on Christmas eve, where nut roast was served alongside pasta and cucumber sticks to appease my pernickety youngest sister. A meal that would probably plunge the Christmas traditionalist into a state of abject horror. It is miraculous that for a holiday that celebrates individual relationships, it is entirely depersonalised by unspoken rules. Where the regimented order of the day – waking up, going for a walk, eating a typically excessive Christmas dinner, opening presents – is followed so stringently that the rarity of spending time with all your family is taken for granted.

This sentiment was certainly far from my mind when I was vilified in the little Miss and Mr men game – the ‘let-your-food-settle’ break before pudding. While everyone unanimously agreed that my oldest sister was ‘everyone’s dream partner’ and ‘has no annoying traits whatsoever’, I received the rather humbling characterisation of most likely to ‘laugh if you fell over in front of me’. It is expected that at Christmas, the most stressful time of the year, that you will encounter everybody’s worst sides. It is unexpected, however, that such flaws will be exposed when you are dubbed as Mr Mean in a children’s personality quiz. A game that I am unlikely to be replaying at uni.

To stick to the ‘waste-free’ Christmas agenda, paper crackers were abandoned in favour of my sister’s handmade alternative. I quickly got over the disappointment of being unable to ‘crack’ the cracker, which was woollen and definitely uncrackable, when I pulled out the personalised ‘joke’. I think my sister certainly had an ulterior motive in writing said ‘jokes’; like the little Miss and Mr game they hit rather too close to home. My dad’s asked, rather long-windedly, what an old snowman was -‘water’- in case you were wondering. My little sister’s was a joke about the reindeer that wouldn’t stop talking. Loud protest to this from her only served as a vocal demonstration of the obvious – that she deserved the rep of little Miss Chatterbox. Mine said quite simply ‘Four story lines were cut out of Love Actually and Kiera Knightley’s was still included’. A critique, thankfully for once, not of me but of Knightley’s empty, one dimensional character in Love Actually and the rather frustrating and implausible story line that she is part of.

All in all, the meal was a success – no one stormed out of the room, the lack of turkey meant there could be no food poisoning and the only victim of the palm-free parade were the mince pies which had sadly been axed from the table. An absentee that gave my mum ample opportunity to say the classic ‘why do *mince pies* (-INSERT FOOD OF CHOICE FOR VARIETY-) have palm oil in them?’. I wisely abstained from mentioning the three mince pies I had consumed at a carol concert earlier that week. Such set the trend for the ‘palm-oil’ and ‘fragrance-free’ soap that I found at the bottom of my stocking. ‘Palm-oil free’, my sister whispered darkly to me, was simply a euphemism for ‘fun-free’. She had a point. But at 6am (there was no lie in on Christmas day), I was more annoyed about being woken up ridiculously early than the ‘fragrance-free’ soap.

This was all quickly forgotten when I walked downstairs and saw an apparition in a Santa suit in the hallway. My first thought was public embarrassment. Since walking through town with my fully-costumed family, beards included, during the Santa run a few years ago I retained a nervous horror that someone I knew would recognise my mum bedecked as Santa and think I was associated.

“You’re surely not going outside like that”, I said, forgetting it was Christmas and imagining the painful scenarios that could ensue if my mum stepped outside in a Santa suit.

“We’re going to parkrun”, my mum replied. Promptly two more Santas appeared – my dad and brother – who had trailed downstairs to join the cult. Turns out all three were cycling to the park. It was worse than I could’ve envisaged. Images of my parents, fully-dressed as Santas, precariously balanced on bikes swam before my eyes. What was even worse was the idea of doing exercise on Christmas day. I joined my younger sister in the living room and by the time my parents returned we had consumed both of our Lindt reindeers and were sat playing Wii sports. A pain-free alternative to real exercise. It was Christmas after all and New Year’s resolutions could happily wait until January.

For as I long I could remember, we have always taken turns to open presents. This year I learnt the hard way that the time taken unwrapping was considerably increased by ‘waste-free Christmas’. Rather than dramatically ripping off the paper and throwing it across the room, ‘waste-free Christmas’ demanded that every present be meticulously cut open with scissors and the wrapping paper neatly laid in pile. The agonised suspense of watching my dad carefully flattening the wrapping paper and peeling off the Sellotape, so as ‘to use again next year’ seemed such a farce that I became rebellious and began ripping the paper randomly amid a chorus of voices lamenting the dying trees. All the time I was watched reproachfully by the wooden reindeer that stands near the fireplace. The antlers, which had been embedded in my sisters’ leg after she had jumped onto the reindeer ten years ago, served as a stark reminder to heed my mum’s warning. I stopped ripping the wrapping paper and abandoned myself to ‘waste-free Christmas’.

It is hardly surprising that by the afternoon, hot chocolate had been replaced by alcohol. Gin, to be exact, which me and my sister poured carefully into a plastic bottle and took with us to evensong to ‘get through’ the rather tedious sermons. Having watched my little sister, a chorister, sing in the cathedral on numerous occasions there was nothing particularly novel about evensong – this is one I will remember. We received some rather odd looks from the woman behind us – she was probably curious why my sister was so dehydrated and swigging on a water bottle. Yet we were there singing carols with everyone else, joining in the Christmas spirit. There should be no rules at Christmas. Just this once you can drink gin and tonic in a cathedral. We don’t need to follow the conventional excessiveness. If you want to spend ten minutes cutting open a present, then go ahead. Don’t worry, a ‘waste-free’ Christmas is by no means ‘fun-free’.