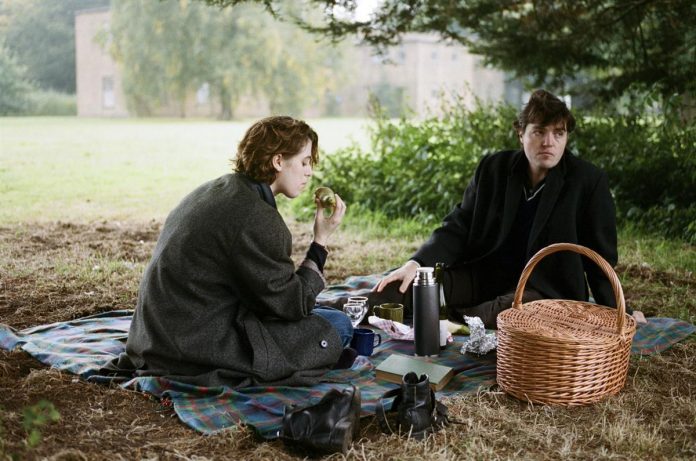 Joanna Hogg’s latest film, The Souvenir, executively produced by Martin Scorsese, depicts the semi-autobiographical coming of age of its heroin, Julie. The plot circulates the turbulent relationship between Julie, a young film student, and Anthony, her older mentor-come-lover, in the 1980s.

Hogg taps into a current predilection of the screen, entering the cinematic space at a point where functional drug use seems to fascinate screenwriters. Inevitably, culture turns its gaze to what has come before, and these dramas are symptomatic of a prior era ignorance – much like Honor Swinton Byrne’s character – to the depths of societies caveats.

The Souvenir, described on IMDb as a ‘mystery’, is anything but. Those who fail to sense the immediate dissipation of Tom Burke’s character are as deluded as Julie, the jarringly naïve protagonist. Ironically, I viewed this in my college room, centred in accommodation where I am doors away from quasi-Julie’s. Her personality was so familiar to me from my time at Oxford that it would not be too hyperbolic to say that at points I almost forgot I was watching a film and not the life of a fellow student. Julie encapsulates the middle to upper class ignorance of privilege; the family-funded student who wants to and believes she is capable of experiencing life outside the bubble in which she exists (something she even professes to her teachers) whilst staying firmly within it.

Anthony enters her life and is nothing but a positive influence on her, until he begins to fail to keep his two lives separate. Anthony is unafraid to challenge her, and his air of arrogance, although flawed, is one that exposes the idiocy of her intentions. Tom Burke’s performance here, is stunning, and utterly convincing, to the point at which we are compelled to favour a heroin addict who steals off his own partner over the victim of his moral bankruptcy. Yet, it is Julie’s victimisation of herself that also prompts this: how can we feel sorry for someone who ends up apologising for being stolen off? Someone who Anthony himself describes as “inviting me to torture you.” Inevitably, she falls short of Anthony’s intellectual mark, but also through a sycophantic and childish personality which repulses, laps up Anthony’s abuse and is fulfilled by her subservient role in the relationship.

Anthony provides Julie with a taste of reality, likely her only one, which no doubt will be further explored in The Souvenir Part II, yet she barely realises this and repeatedly fails to bridge the gap between them in experience. She is an individual who stands aside uselessly as her lover goes into withdrawal, suffering appallingly. Even once she is aware of his addiction, she is as blind as she was before wilfully ignorant, to the blatant needle marks on his arms, (and even Richard Ayoade’s camo revelation of Anthony’s addiction) which point to a desperate need for salvation. Such a character, unless you fall into the bracket of a Julie yourself, fails to draw upon sympathy when she loses someone she only ever buffets against. Theirs is a relationship where the two only ever nudge at each other’s boundaries, primarily due to Julie’s ignorance, and Anthony is a persona that even in death she fails to truly comprehend.

Despite the brilliance of these character depictions, which although in equal parts are repulsive and enthralling, Hogg undermines the achievements of the film with a lack-lustre ending. Anthony’s death is realistic, but anti-climactic, yet the ensuing scenes were if anything offensive. Julie resumes her life, minus Anthony, and in the final shot we see her gazing into the distant horizon. Cliché was something that was profoundly and refreshingly absent from the film (aside from Hogg’s satire of it) yet here it crashes back in clumsily and disrupts the cool conveyance of a highly successful, personal, yet impersonal, adventure in cinematography with a moment of scriptural weakness.The Souvenir is a film that aesthetically pleases [IC1] and gives viewers rewarding character performances and analyses. This aesthetic indulgence is one that often mirrors the plot. Just as the camera intrudes on private spaces, through indirect shots which feel as if they allow viewers glimpses into a life that is truly private and substantiated, often this viewpoint is all too obvious. In this way, the style of the film serves to reflect the main character’s desire to escape the bubble in which she exists through art, and her belief that she truly can do this, despite her obvious inability to escape the glamorisation of disadvantage. The conclusive scene is a continuation of this cinematic lens, yet here it feels that the films creative direction falls short of what throughout seems to be an ironic lens, through a superficial and clichéd final shot. Hogg unfortunately falls short in her conclusion of the plot but perhaps this will be redeemed in the films expected sequel