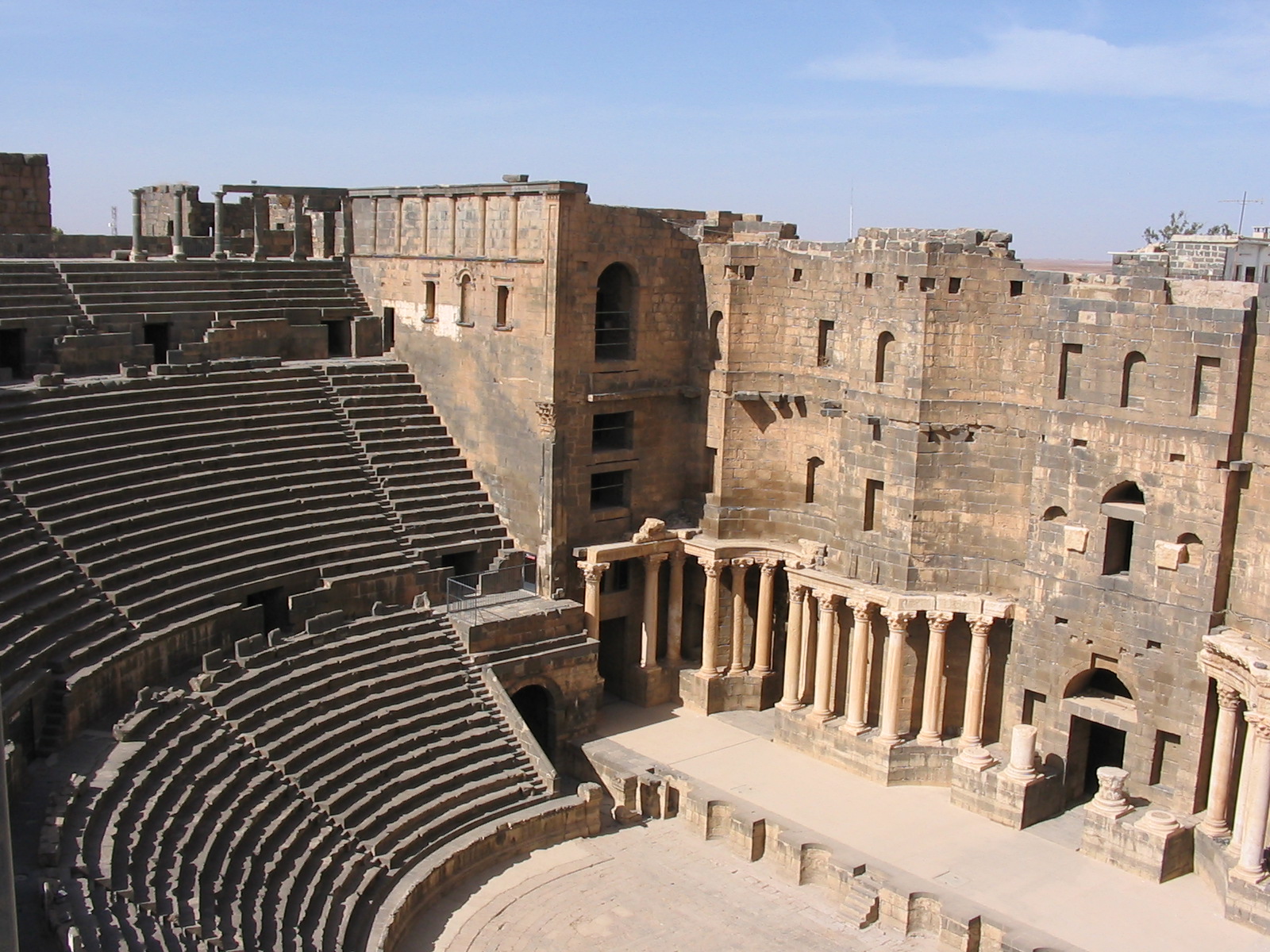 Zoe Lafferty, according to the Daily Mail, is “absolutely one-sided” and “leaves no doubt where her sympathies lie.” The first part may be a crude understatement, but the second is firmly true. Her activism is certainly not limited to theatrical pursuits, but the interplay between those two strands of her personality is what makes her pieces so biting. Lafferty has made it her business to bring disquieting narratives to international stages for more than a decade, even circumnavigating the ban on foreign journalists in Syria to travel there during the Civil War.

Her work in the Middle East began with the Freedom Theatre, a project founded in Jenin refugee camp in 2006. Reflecting on what attracted her to the Freedom Theatre, she talks about the project’s co-founder Juliano Mer Khamis, whom she met while she was training as a director in New York. Driven to America by a desire to connect theatre with its substance rather than studying its form, she was disappointed to find herself suffering the same dilemma she faced training in the UK. That is until she ran into Mer Khamis. “He’s like the Che Guevara of theatre,” she muses, “I really loved the way he was talking about art… as a tool of resistance.” Knowing “nothing about Palestine”, she saved her money for a year and headed out to join him in Jenin.

Freedom Theatre was an attempt by Mer Khamis to train young people to use theatre as a way to express political narratives on stage. In Lafferty’s words: “it’s training young people to be political artists.” There is certainly no shortage of political narratives in Jenin refugee camp, which saw brutal fighting during Al-Aqsa Intifada. Lafferty explains that the Freedom Theatre “comes from a narrative of armed resistance,” but also emphasises that, as much as the Western world would love to hear it, theatre will never be able to replace it. Nevertheless, she concedes, it can give young people a way to have their voices heard without having to take up arms and put themselves in harm’s way. She is, however, painfully aware that even artistic resistance carries serious risk.

Juliano Mer Khamis, Lafferty’s friend and mentor, was murdered in April 2011 just outside the Freedom Theatre. Coming off a high following a particularly successful show, none of the cast had considered the amount of danger they were putting themselves in until that point. “There’s absolutely a risk,” she states sombrely, “most artists are under severe threat.”

That being said, Lafferty is quick to point out that the Freedom Theatre is not looking for pity. “It needs to be on a professional standard, whatever the hell that means.” This drive to produce “professional” artists manifests itself in staggeringly powerful theatre. “The Siege”, which Lafferty directed, retold the 2002 siege of Bethlehem using reports from fighters exiled in the aftermath of the battle. It had an extremely successful, albeit heavily protested, run in the UK. Asked about the problems her shows have faced, she smiles and tells me “If it’s too easy it’s not changing anything.”

The political nature of the Freedom Theatre’s production is driven by the residents of the camp’s desire to have their voices heard. The participants refuse to be called activists, stating instead that they are artists. The fundamental importance of their art as a means of expression is clear through their artistic philosophy: “if you don’t put politics in your art, its meaningless.” Their art is not designed with the primary aim of creating a reaction, but their visceral stories normally evoke one regardless. The director, however, has no qualms about labelling herself an activist.

For Lafferty, theatre and activism go hand-in-hand. Her plays explore conflict and violence through deeply personal narratives often told by the people who lived them. ‘The Fear of Breathing’ brought the twilight of the Syrian revolution to the stage using verbatim reports that Lafferty collected from inside Syria during the Civil War. ‘The Keepers of Infinite Space’ examined the Israeli prison system, while ‘And Here I Am’ paints a picture of a lifetime of oppression and violence through the eyes of one Palestinian boy. Lafferty’s plays are often so personal that they could be accused of voyeurism, were it not for the painstaking research she undertakes before each production.

“Drama therapy is something that’s important,” Lafferty says, “but that should happen behind closed doors.” This is one of the fundamental challenges of her work: telling the stories of vulnerable people without increasing the trauma that they are already dealing with. ‘Queens of Syria’ began as a drama therapy project for women fleeing the Syrian civil war and ended its tour of the UK in front of an audience of 1,000 people. Her plays spring from the personal narratives of the actors and participants, rather than projecting one onto the cast. That, however, poses a dilemma when the personal narratives are so harrowing that repeating them on stage in front of huge audiences would do more harm than good. Lafferty’s challenge is to navigate the razor-thin line that exists between inauthenticity and personal damage, something that she does with impressive tact.

Lafferty’s activism and her art may be inextricably linked, but it is also worth noting that her activism often transcends her art completely. She is less well-known as a climate protester whose work with Extinction Rebellion saw her run as a candidate for the European Parliament in May 2019. Her work is changing; where her activism was previously shaped by her experiences in theatre, her theatre is now being guided by her activism.

“For me I’m interested in narratives that aren’t necessarily being heard… the job of art and artists is to critique.” Climate activism, Lafferty makes it clear, will influence her work in the future. She wants to look at the climate crisis through the eyes of “the people on the front line”, which would continue her work in the Middle East, but also wants to engage with the situation in Britain today. She set up Creative Destruction, a collective that attempts to bring together art and activism, in the wake of the December general election. Her tone is icy as she talks about the result, which encouraged her to refocus on blending art and activism – an “old story” for a woman who has spent most of her career doing just that – with a greater focus on the UK.

Lafferty’s 2020 will be extremely busy. Touring with several plays (though not in the immediate future thanks to a last-minute cancellation from Singapore) and working to grow Creative Destruction into a force for change, she has her work cut out for her. Smiling and optimistic, her friendly demeanour contrasts with the force of her convictions and the dedication she has to her activism. That separation of personal and political, however, has no place on the stages she directs. Her work can only tell a political story by being personal; her activism is both a product of her art and a driving force behind it. Regardless of your own political persuasion, Lafferty shows that art as a tool for resistance is far from dead.