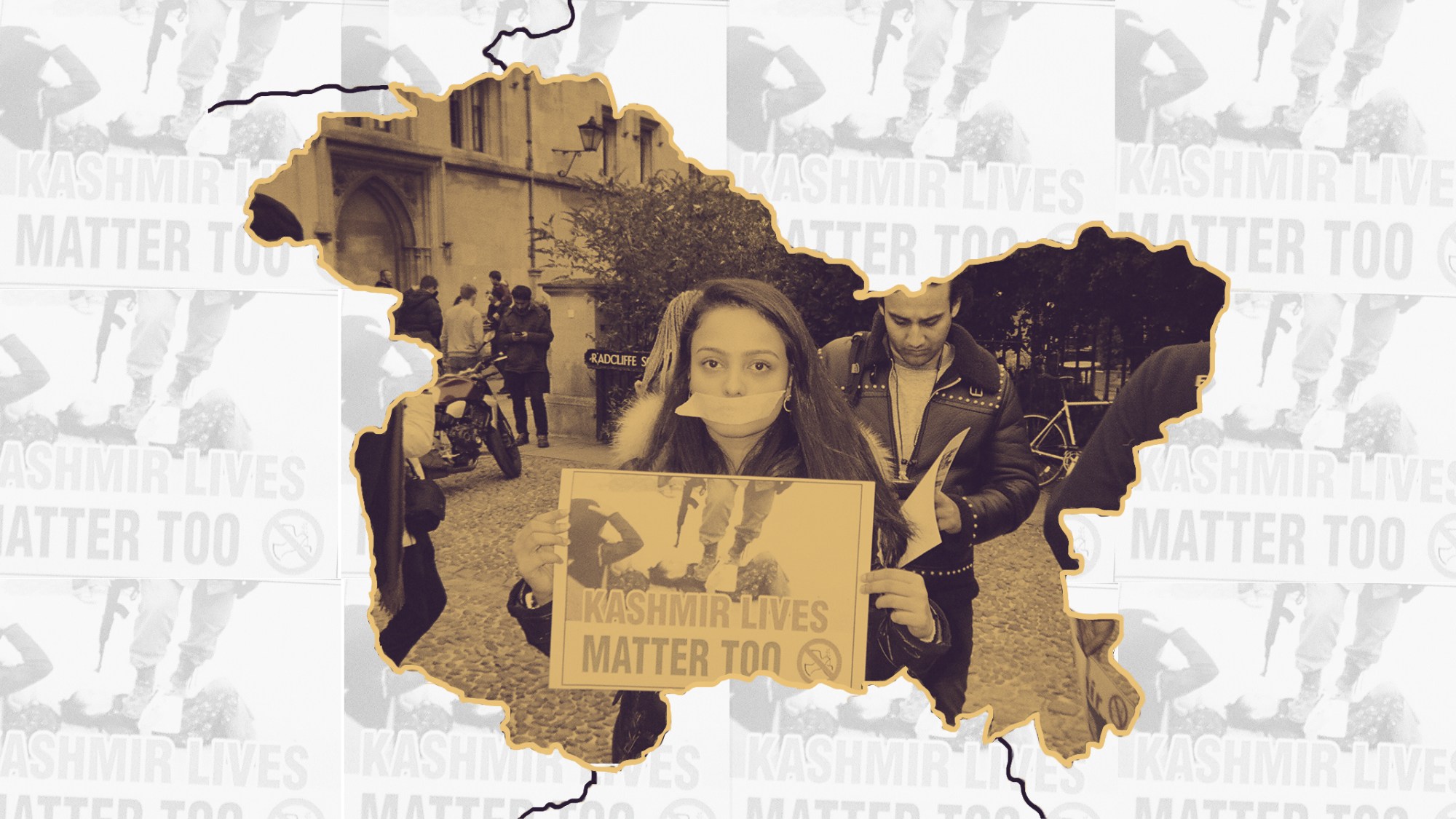 “From time to time in modern history, certain subsidiary situations stand out, apart from the general theme of international controversy”. These words were once used to describe a region that had become the focus of the geopolitical tension in Asia. Lord Birdwood’s words were penned almost 75 years ago in an attempt to bring Western attention to the significance of the situation unfolding in Kashmir, a border ‘state’ in the northern reaches of the Indian subcontinent. These words are just as relevant when writing an article for the same purpose at the turn of 2020.

A quick Google search of Kashmir returns a confusing cross of sublime mountainous beauty and gut-wrenching images of soldiers, barriers and weaponry that one would only expect to see in a country shocked by civil war.  But even this would only appear if you were lucky enough to not be suffering the life of the millions in Kashmir, who are currently facing the longest internet shutdown in Indian history. To describe the cause for the drama occurring in Kashmir is to enter a quagmire of politically sensitive terminology and to open oneself up to a multitude of nationalistic interpretations that have both tainted writing on this region and its place in world politics. Nonetheless, the simple fact of why the Kashmiri situation became so prevalent and politically charged following the 1947 partition of India is that Kashmir borders India, China and Pakistan, all of whom claim at least part ownership of it.

The aforementioned partition was the British settlement for the end of Crown dominion over India. The reckless haste with which it was carried out has precipitated much of the disruption that has plagued the Indian subcontinent since independence. Enacted as an attempt to ease the religious tension that had arisen – partly due to colonial policies – across India, the partition divided the nation into two countries, India and what was then styled the Dominion of Pakistan. The creation of Pakistan gave Muslims a state in which they would be the majority, as opposed to in India where they remain a religious minority. The partition was carried out with an almost incomprehensible indifference to the impact that it would have on border states. It was drawn up by a British civil servant who had never been to India before he ultimately divided the nation along lines of the religious majority within each district.

Kashmir (formally Jammu and Kashmir), being a semi-autonomous princely state in what was then northern India, was seemingly overlooked by the colonial administration and not placed in either country. Within months of the British departure, a pro-Muslim rebellion broke out in Kashmir, encouraging the Pakistani prime minister to declare an invasion of the contested province, an act that led the King of Kashmir to agree to formally join India in return for promises of defence (as well as certain constitutional privileges), sparking the First Kashmir War, between India and Pakistan. This was where the first blood was spilt in what has seemingly become an unending conflict between the two states that still rages today.

The United Nations mediated a ceasefire in 1949 and negotiated a new border that would divide Kashmir in two, with roughly 1/3rd of it falling in Pakistan and the remaining in India. The subsequent two decades saw a standoff between the two nations until 1965, when the Pakistani government supported 30,000 men, comprising both soldiers and jihadis affiliated with their army, in infiltrating Indian administered Kashmir and attempting to incite a popular rebellion. The attempts were rebuked by those Indians administering Kashmir who largely didn’t support the attempted insurrection and the operation resulted in the outbreak of another Indo-Pakistani war.

The 2nd Indo-Pakistani war ended with no territorial changes, meaning that the underlying issues were not resolved and as such, the late 80s, for Kashmiri citizens, were a period marred by terrorism and the harsh military crackdown that it elicited from the Indian government. Since this point there hasn’t been much in the way of a de-escalation of tensions and the people of Kashmir have endured, and continue to endure, state-sanctioned violence and oppression from both nations.

In October of 2019 India’s Prime Minister, Narendra Modi, fresh from his second consecutive electoral victory declared, “that it won’t take more than four months to normalise the abnormal situation that has persisted [in Jammu and Kashmir] for 40 years.” This shows the confidence of a populist politician who has obtained a working majority of over 170 seats in the Indian equivalent of the House of Commons.

Modi had just previously revoked article 370 of the Indian constitution in August as per his manifesto pledge. The article had, since 1954, provided the region of Jammu and Kashmir with separate laws regarding property rights and citizenship claims, amongst others, for its permanent residents. In practical terms, it prohibited citizens from other Indian states from buying Kashmiri land and hence preserved the limited autonomy and sense of identity of the people of Kashmir. The article’s revocation, however, did not result in an instantaneous cessation of tensions nor allow for the provision of the fundamental civil liberties one would expect to find in the world’s largest democracy. What followed was the E-Organisation Act which resulted in the loss of state status for Jammu and Kashmir which has now been made into a ‘Union Territory’; in other words, a territory that has no local representation and instead is ruled directly from Delhi. This has resulted in more power being put in the hands of a government famed for using divisive pro-Hindu polemic which has been willing to escalate tensions with neighbouring Pakistan.

The quote from Modi on the Kashmiri issue comes from a speech he made at a rally in Maharashtra, a politically secure state for his Bharatiya Janata Party (BJP). This ultimately highlights the depths of the issue regarding the lives of Kashmiri citizens. The BJP, having included the revocation of Article 370 in their 2019 election manifesto has shown that to much of the Indian political elite, and their Pakistani equivalents, the crisis of Kashmir is just another tool for political gain. This political jostling has led to a rise in popular demand from both sides for extreme action to be taken in Kashmir to wipe out any threat of terrorism or insurrection. The result has been social media blockades and nearly 4000 arrested since the removal of Kashmir’s special status.

Returning to the quote with which I began, Lord Birdwood’s message was one that should be taken to heart. There are certain circumstances in which the overarching political issues become subsidiary to the violence and harm that they create. The nationalistic interpretations surrounding the decades-long conflict have numbed us, outside of this trouble-stricken region, to the plight of the 12 million Kashmiri citizens who have and to have to endure grief and fear day in and day out. Perhaps they will never know the Kashmir that the 17th Century Indian emperor Jehangir saw and instantly proclaimed: