Will McCathie and Lauren Shirreff consider the wider impacts of Shamima Begum’s loss of British citizenship.

Proposition: National Security Must Be Prioritised

Will McCathie, The Queen’s College

You have no rights, only privileges. Short of an appeal to the divine, there is little in the way of air-tight argument to prove people have intrinsic rights. Especially concerning our relationship with the state, our so-called rights are mere constructions made up by the institutions of people we put our trust into. And when necessary, these privileges are revoked by the state. If you commit a crime and are caught and convicted, it is likely that you will find yourself lacking the freedom you once believed was owed to you. Rights previously held in the highest regard can come to be significantly fought against – the US’ second amendment, for example. Even citizenships, one’s membership of the state they were born into by chance, are privileges revoked at the behest of the state when considered necessary.

There are no two ways about it – so-called Islamic State is our enemy. It is the enemy of this country, our allies, our values and our way of life. To choose to join such an entity is abandon and revoke all aspects of our world in favour of the enemy. In 2015, Shamima Begum made this exact choice, and now, nearly five years later, has lost the first stage of her appeal against the home office’s decision to revoke her citizenship. This revocation remains the right decision.

Ms Begum was fifteen at the time she decided to leave Britain to join Islamic State. Those defending her use this as evidence for lack of culpability and try to portray her as a victim. Yet, I would disagree. By fifteen, an individual is long past the point at which they are able to morally responsible for their actions. Need I remind you that both Thompson and Venables were only ten, and the courts rightly decided to convict on that case. On the issue of her apparent status as a ‘victim’, a story spun by her legal team, MRDA clearly applies – if it makes effective defence her legal team would clearly not hesitate to use it, regardless of its degree of truth. Even past the age of fifteen and into adulthood, Ms Begum did not decide to return, only attempting to do so upon the territorial collapse of IS. She not only chose to join the enemy, she chose to remain, with evidence suggesting she significantly aided the reprehensible activities of IS, such as enforcing their dress code at gunpoint, and stitching bombers into suicide vests.

This case will undoubtedly set an important precedent in the UK. To those of you who still oppose this revocation on humanitarian grounds, I would appeal to you to consider this as a deterrent, put in place to prevent human loss of life abroad. The UK’s international order is grounded on state sovereignty, not on internationally policed human rights, and these states’ ultimate priority is to their own national security. And in cases such as these, national security must be prioritized.

When Shamima Begum was first recruited into ISIS in 2015, police commissioner Sir Bernard Hogan-Howe stated that she should be treated as a victim should she return to the UK. The government’s decision in 2019 to revoke Begum’s citizenship could not, therefore, be more of a u-turn. Yet, this is not an isolated case; the UK government has consistently failed young people groomed into defection to Syria, and its effort to display a ‘tough on terrorism’ stance disregards the complexity of Shamima Begum’s situation. It was not justifiable, morally or legally, to leave her effectively stateless.

For the UK government to strip an individual of citizenship with legal sanction, the individual in question must be eligible for citizenship elsewhere. Sajid Javid argued that Begum could obtain Bangeladeshi citizenship, given her parents’ nationality, but the teenager has never set foot in the country. The UK government’s decision to wash its hands of Begum, passing the legal burden of making an individual stateless onto another country, is an act of diplomatic arrogance. Deprivation of citizenship is only possible if the act is deemed to be ‘conducive of the public good’. It is unclear what kind of threat Begum would pose if she returned to the UK, particularly if she was in prison under counter-terror laws. Moreover, the UK government’s decision is only legal on the technicality that Begum must only be an eligiblecitizen of another state, not an actual one – but the UK knew that it could not expect Bangladesh to take Shamima Begum in.

What defines the move to strip Begum of her citizenship as unethical lies in the circumstances leading to her choice to leave the UK in the first place. Similarities between techniques used by ISIS recruiters with the ones used by child sex traffickers have been noted by many before, including by Nicky Morgan, who argued that Ms Begum was ‘systematically targeted and groomed’. Furthermore, Article 3 of the UN’s Palermo Protocol gives one definition for the trafficking of persons as ‘the recruitment, transportation, transfer, harbouring or receipt of a child for the purpose of exploitation’. Begum’s age at the time of her travel to Syria leaves her in this category.

Yet, the central issue is the xenophobia that Shamima Begum’s expulsion promotes. Few have held empathy with Shamima Begum, despite the innumerable horrors she has experienced. Some have attested to crimes committed by the nineteen-year-old, but she is yet to be convicted for a single crime. In an attempt to demonstrate its stance on terrorism, the UK government has acted unjustly towards Shamima Begum, regardless of the crimes she may have committed or the views she may hold. Its choice to strip Begum of her citizenship represents a massive oversight of the problems faced by young Muslim women, and the ways in which this country has failed them. She must be tried as a British citizen, and treated with humanity. 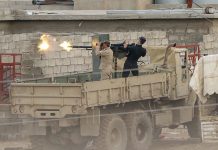 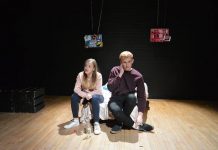 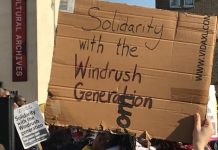 We must share the outrage of the Windrush generation