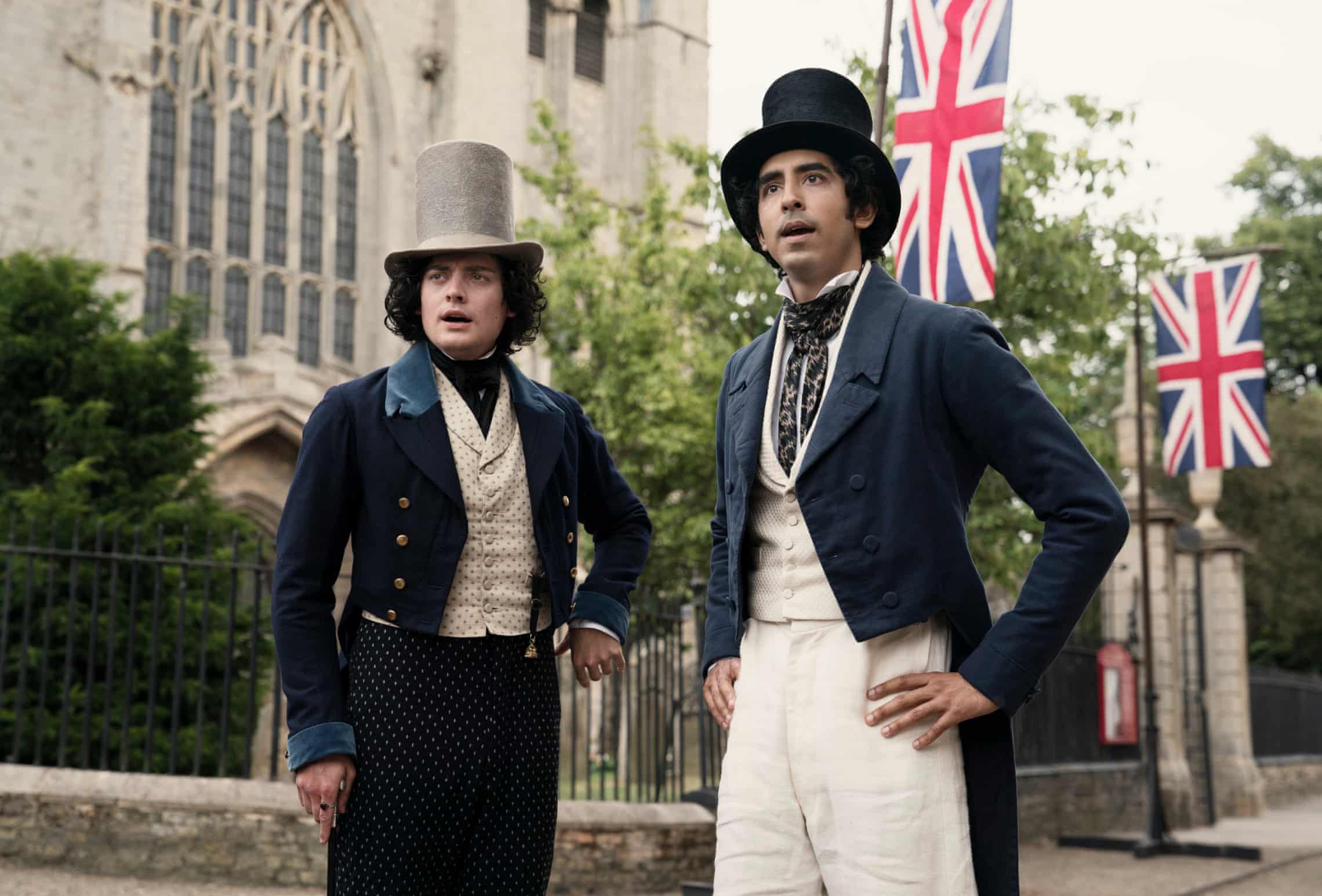 With his take on The Personal History of David Copperfield, Armando Iannucci seems to relish the opportunity to draw out the inherent absurdism and nearly soap-operatic drama of Dickens’ novels to create a bizarrely funny and riotously entertaining film. To watch David Copperfield is to be made increasingly aware of the novel’s origin as a serialised production, with the transitions between various episodes in the protagonist’s life as exuberantly presented as the events themselves.

The film is framed around David’s ability to “remember great characters” he encounters, and thanks to the work of a stellar cast, the audience is sure to find them equally memorable. Dev Patel is well-suited to the wide-eyed wonder of the eponymous protagonist, underpinning David’s sense of wonder and infectious zest for life with enough dry wit and genuine pathos to ground the often-convoluted story in real warmth.

A special mention must go to Ben Wishaw, who totally sheds the tousle-haired dreamy-eyed romanticism that made him so well suited to play John Keats in 2009’s Bright Star in favour of an impressively awful bowl cut and an oily snivelling demeanour that seems to ooze right off him as he assumes the mantle of Uriah Heep. He seems to delight in the opportunity to be as repulsively obsequious as possible, and scenes that allow Wishaw and Patel to play off one another are enormously fun. In particular, a scene in which David joins Uriah and his mother for tea exhibits the film at its peculiarly twisted comedic best.

The film is also a pleasure visually speaking. Beautiful animation is interspersed with constantly bold, eclectic sets, loathe to have one boring frame in the film. At times, this is to the detriment of some of the more serious story beats — the sequences in the bottle factory, for example, seem a little trite given the airy spaces and bright lighting framing the supposedly tragic events, and all the destitute homes seem to lean a little closer to ‘shabby chic’ than to ‘abject Victorian poverty’.

Still, there is never a dull moment aesthetically speaking, and Iannucci weaves a colourful patchwork of period drama visuals turned up to 100 and made a little psychedelic. Zac Nicholson’s cinematography creates a visual embodiment of the winding serial narrative that plays as much a part in bringing the story explosively to life as do any of the performances.

Whilst the comic and absurd elements of Dickens are happily enlarged for the sake of this film, the script is quite content to do away with some of the heavier elements of the novel, so while Patel is still easy to empathise with and cheer on as and when the story calls for it, there is perhaps a slightly uneven skewing of humour to drama. This, in turn, makes some beats of the film’s final act seem almost discordantly out of place.

Aneurin Barnard delivers a convincing enough performance as James Steerforth, David’s rich, frivolous friend with a dark side, but the writing doesn’t quite give his performance strong enough grounding to produce anything really substantive, and the trajectory of his character ends up feeling a little rushed and shoehorned in as a result. The script also underserves Rosalind Eleazar as Agnes Wickfield — she brings a refreshingly down-to-earth, straight-woman to the cast but is a little lost amidst the more ebullient characters, and her storyline feels undeveloped. The tonal imbalance also means the third act drags a little without the comical pyrotechnics of the first half to keep things progressing, with the more dramatic story beats perhaps a little belaboured.

These are ultimately minor setbacks, however, as the film overall handles itself with such infectious and unbridled gusto that it’s nearly impossible to watch it and not have a good time. The audience I watched it with hardly stopped laughing for a moment, and the cast members are so clearly having the time of their lives on screen it’s easy to catch their buzz. It’s a film that crackles and fizzes as it goes along, bringing the audience with it for the ride. The Personal History of David Copperfield is as affectionate with its source material as it is irreverent, happy to pick and choose and edit what parts it pleases and do so to a largely marvellous effect.