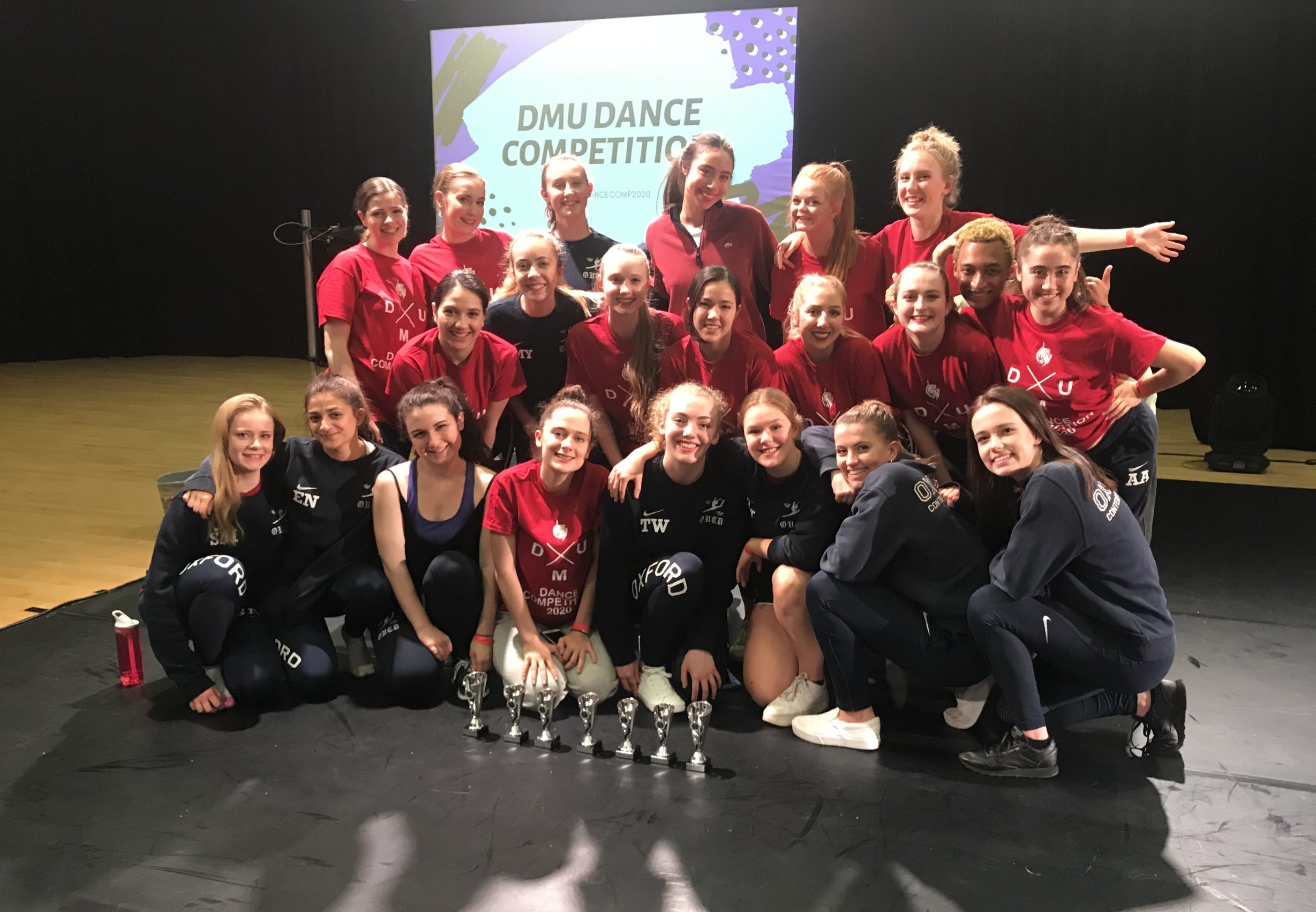 Oxford University Contemporary Dance is one of Oxford’s newest sports societies, establishing itself in the last three years as a popular group for those with a background in dance. The main events of the year are a showcase managed by students, and the Varsity Match: the two are on consecutive weekends in Hilary. Cambridge have prevailed in every encounter so far, but their team is better established and funded. Current President Tia Wright hopes that the group will expand in the coming years, with the main priority at the moment being to secure more funding from the University Sports Federation.

The sport is not a blue or half-blue, as the current format of these awards doesn’t suit a sport where almost every aspect is fundamentally collaborative: the group even create all their own choreography. OUCD, however, is extremely popular, with around 50 students auditioning this year. Many of the members have been dancing since a young age, and see OUCD as an alternative to conventional university sports. The main categories of dance are ballet, hiphop, tap, jazz and contemporary, with many students taking part in multiple routines. Every member is present at the Varsity match and also has the opportunity to choreograph routines, regardless of how long they have been in the group. It is perhaps one of Oxford’s sports which demands the most specialised skills, but this does not stop many members from putting their stamina and high levels of fitness (some routines are up to four minutes long) to use in more conventional college sports. The balance between contemporary dance as a sport and as a performing art is central, with the creative process of choreography linked to what is physically possible in many movements.

The current period is when the commitment is at its highest, with multiple two-hour rehearsals every week in order to prepare for a national competition, the showcase and the varsity match. The showcase is generally seen as the biggest event in the calendar. It features some of the university’s top dancers and encompasses OUCD’s vision of challenging artistic boundaries, and promoting dance across Oxford. This year’s event will take place at Headington School on Friday 21st and Saturday 22nd February, with tickets available on Fixr for £7, and has been organised by Grace Allen and Amy Charles. The wildcard routine will be burlesque.

The following weekend sees the annual Varsity match at the Keble O’Reilly theatre, with tickets just £3 on Fixr. The format includes a range of routines, with a winner identified by the judges in each category of dance and the overall result determined by the team with the most victories.

Sophia MacKay and Lucy Bland wrote the following report from this weekend’s competition at DMU:

“On Saturday, OUCD competed at De Montfort University’s dance competition against 8 different University teams in over 10 categories. The judging panel was comprised of three former and current dancers, each majoring in the categories of ballet, jazz and hip hop. All the dances were choreographed by a member of the team and we have been working towards this in preparation for our upcoming shows on the 21st and 22nd of February, as well as our annual Varsity competition against Cambridge on the 29th February, which will include all of these dances and more!

Once the 5am alarms, car battery issues and multiple weather warnings were overcome, we arrived in Leicester with plenty of time and lots of excitement! First up was ballet: although we were nervous for our first appearance on the Leicester stage, the combination of pointe work and a jazzy style impressed the judges and we came away with third place. This was followed by contemporary, where unlike the previous dances which were received with cheers, the audience fell completely silent, evidently a good sign as we were awarded second place for our efforts. Tap was up next with a smooth execution and feel-good attitude, coming third in the section. Our Britney Spears-inspired jazz ‘Toxic’ was very strong, also taking third place. This was followed by hip-hop, choreographed by our president, which was sassy, sharp and really fun to watch, with the audience’s enjoyment made clear by loud cheers. We also came away with second place in this category.

After a quick lunch break came the lyrical and wildcard sections. Lyrical came third with its moving storytelling and teamwork. The wildcard category includes any dance that does not fit into the others, with Oxford entering a Burlesque dance, as well as a Mamma Mia mashup, which features in our show trailer. This meant some of our dancers had a very quick change as they were performing in two dances in the same category! Due to the massive variety of dances entered into this category, it is always difficult to judge, so we were very happy to come away with a third place trophy for our Burlesque number. The final category of the day was duets/trios, in which we entered two pieces. Gabrielle and Amy R performed a beautiful contemporary duet whilst Amy C, Grace and Gabrielle stunned the audience with their jazz trio – both pieces that will be featured in our upcoming show.”