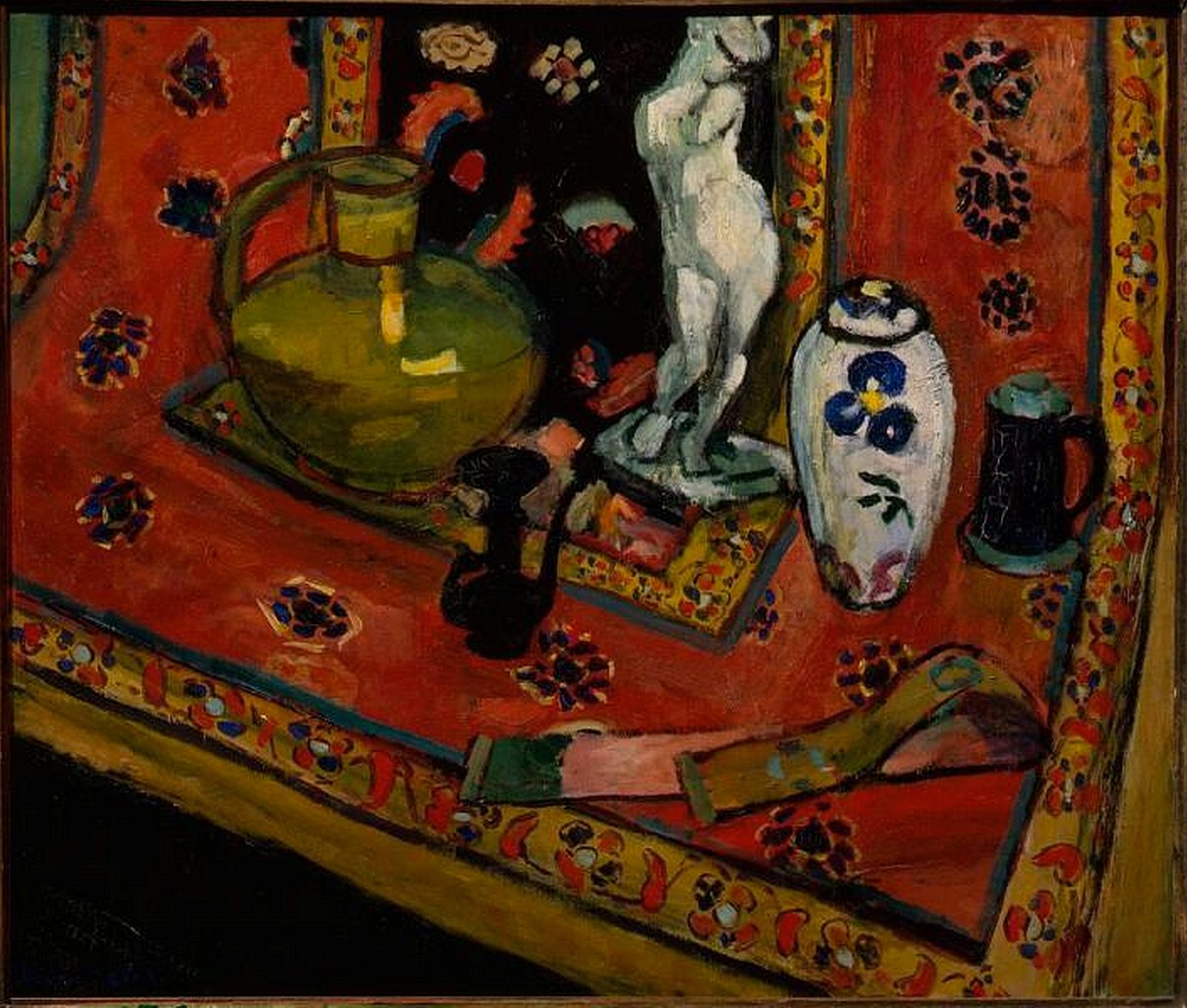 Tucked away in the France’s Département Nord, the Musée Matisse might seem rather at odds with its provincial surroundings. Nevertheless, the gallery is a vibrant cultural centre and source of immense pride for the inhabitants of the Le Cateau-Cambrésis, who consider their fellow Catésien to be the greatest artist of the 20th Century. Indeed, Henri Matisse wrote “the North witnessed my birth; on its land I found my path,” and accordingly founded his own museum there at the end of his life. The museum returns this gesture to him by means of a temporary exhibition, Devenir Matisse, which explores the start of the artist’s career to celebrate his 150th birthday.

The exhibit opens on one of Matisse’s many periods of convalescence due to his health problems. The young 20 – year old clerk – who studied Law to satisfy his father – passed his time of illness with a paint box and discovered a strong passion: “Before, I liked nothing. From the moment I held the box of colours in my hands, I knew this was my life.”
This radical redirection of his life path is caught in the exactitude in his very first paintings, two Natures Mortes aux Livres (1890), which depict the books to which he had previously been dedicated.

The exhibition then leads us through a subsequent decade of artistic training, initially at the École Quentin-Latour before Matisse was directed to the Académie Julian in Paris to study beaux-arts. We discover Matisse’s zealous academic and anatomical focus through his various Nus Académiques, yet something of the artist’s later character already shines through, particularly in the series of voluptuously crayoned women, displayed in a smaller, auxiliary room. Leaving his hometown reflected the deviation from the norm that Matisse was already making with his art; he seemed to be finding his true sense of life and likeness in these less polished renderings. Matisse’s application to study beaux-arts in 1891 was refused for exactly this reason: a lack of idealism and a preference for realism in his depiction of the human body. He kept the study he had submitted for the rest of his life. An inscription in the bottom-left corner reads “This drawing was the object of a rejection on behalf of the Beaux-Arts.”

Matisse began to develop further his artistic duality as an élève libre in the classes of one of the Académie’s more open-minded professors, Gustave Moreau, who encouraged his students to explore the Louvre and copy its works in combination with practice out on the streets. Matisse painted the Parisian vie quotidienne with the same brush he used for studies of artistic masterpieces under his mentor. The exhibition, accordingly, juxtaposes lively sketch-like ink drawings of Parisian daily life with exercises in the copying of famous antique sculptures, including kouroi and the Venus de Medici.

Devenir Matisse subsequently examines his dialogue with the Old Masters – arguably the most telling element of the display. In a small room, de Heem’s la Desserte and a close to exact copy of it by Matisse, made in 1893, visually lead our gaze to the painting crowning the room: Matisse’s still life after Jan Davidsz de Heem’s “La Desserte,” (1915). The piece epitomises a shift from copying to creating: the axes organising de Heem’s original are still rendered, but Matisse gives new prominence to its contours. In this way, he obtains the liberty to render the objects of the picture in a more experiential fashion. This is Matisse at his most forward-looking.

The masterpiece, however, is a synthesis and culmination point of Henri Matisse’s experience with other artists that is anachronistically displayed in the exhibit; he started developing such a permeable yet re-interpretative attitude earlier than 1915. During the first years of the 20th century already, the artist seeks to confront himself with other painters and to develop his artistic personality through such contact, as he writes: “I never avoided the influence of others. I would have considered it to be cowardice, and a lack of sincerity towards myself. I believe the artist’s personality only develops and asserts itself through the struggles which it must suffer against other personalities.”

He thus went painting on Belle-Île, an island off the coast of Bretagne, seeking to experience first-hand Monet’s work previously realised there. Matisse also visited St-Tropez with his friend Signac, a key player in the pointillist movement, and moved closer to divisionist technique in his Luxe, Calme et Volupté of 1904. This piece is Matisse’s first explicit look beyond his formal artistic training.

The last room of the display represents the climax of Matisse’s interaction with other creators in his search for a tangible artistic nucleus, allowing the visitor a glimpse of what a Parisian avant-garde salon might have looked like: Gauguin, Manguin and Picasso, amongst others, are set side by side with Matisse, most notably two self-portraits of Picasso and Matisse, the comparison of which reveals a similar, revolutionary determination despite their obvious differences. We almost rediscover Henri Matisse in this last note of the exhibition, now in his full vigour and brilliance, announcing his work to come, be it his domestic sceneries ornate with motifs, his collages or feminine drawings.

Devenir Matisse, all in all, successfully traces Henri Matisse’s early evolution, casting light upon his artistic genius, open mind, polyvalence and deeply-anchored integrity. It also coordinates perfectly with the permanent collections, which highlight the latter part of his life and work and finish the story, in a sense. There was no better place than his hometown to unite such a rich and personal narrative from 31 museums worldwide, which substantiates the town’s claim to have given rise to the most brilliant artistic star of the 20th century.