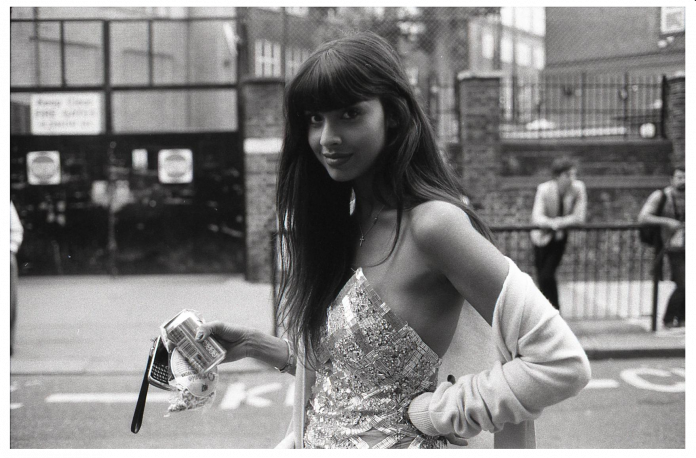 There’s a bizarre feud brewing this week. Jameela Jamil – Tahani on The Good Place – has been accused of having Munchausen Syndrome (a disorder where someone deliberately acts as if they have an illness when they are not sick) by Tracie Egan Morrissey and a Twitter firefight ensued. You probably haven’t heard of her but Morrissey is a prolific journalist. She’s written for Entertainment Weekly, The New York Times, Vice and Jezebel. You would assume, then, that she’s done her research – and it certainly seems that she has. Checking her Instagram reveals a massive pile of ‘evidence’. She’s pointed out contradictory stories and claimed Jamil is lying. Jamil’s claims do seem extreme – she’s had cancer twice, been involved in two car accidents while running away from bees and was deaf as a child. It seems unrealistic, perhaps.

One condition that Morrissey referred to as a ‘red flag’ for Munchausen’s is Ehlers-Danlos Syndrome, which Jamil confirmed she had last year. This is when the story started to become more than celebrity gossip. It got personal – I was diagnosed with Ehlers-Danlos Syndrome in 2016. In short (and very simple terms), my collagen and protective tissue won’t do its job properly. Chaos ensues.

The impact upon me certainly sounds unrealistic; I dislocate about five to ten joints a day (and put them back in myself – yes, it hurts, no, I don’t do it as a party trick). I’ve dislocated joints while on stage (every night, in fact, in Present Laughter), in exams and while sleeping. Fatigue means that I often zone out in conversations. I’m a lot easier to injure than most people (which perhaps explains the severity of Jamil’s injuries after her car accidents).

Linked conditions are common, including Postural Orthostatic Tachycardia Syndrome (long name – essentially means my blood vessels don’t contract properly when I stand up – fainting and dizziness follows) and a tumour in my pituitary gland. Together though, it all sounds very unrealistic. Like I could maybe have Munchausen’s.

But it’s true. I can tell you about it because I have been fortunate enough to have some very good doctors who ignored the stereotype that I was a hysterical teenage girl and instead cared for me properly and with respect. I can tell you about it because my family and friends have been wonderfully supportive and never made me doubt the reality of my experiences. But should I have to justify my diagnoses to anyone who shows curiosity? Is it fair to expect me to expose my worst moments – chronic pain and exhaustion – to prevent people from calling me a liar?

What we owe to each other, to borrow from The Good Place, is trust in the honesty of others’ experiences. That seems to fall apart when looking at those with ‘invisible’ chronic illnesses. The number of times I’ve faced suspicion (or even outright dismissal) where my health is concerned are too many to count. Colds and coughs make sense within our discourses of illness; chronic illnesses are outliers and therefore do not match our cultural perceptions of sickness. Perhaps doubt is natural, then, when people have long-term conditions. But the proper medicine for doubt is research not attacks. Presumably, none of those attacking Jamil are doctors with a specialism in Ehlers-Danlos Syndrome (or, for that matter, Munchausen’s) or have treated Jamil as a patient.

There’s a larger issue here too, beyond simplistic doubt. I’ve been refused basic accommodations – a seat on the bus, to use the most basic example – due to Ehlers-Danlos not being obviously visible or seeming too young to be disabled. On one hand, it does mean I can write a very good passive-aggressive complaint email. On the other, it’s incredibly inconvenient and dehumanising to have my life limited when compared to my peers due to preconceived notions of what disability is. Jamil, as a young queer Asian woman, does not fulfil those notions and is therefore punished with scrutiny, denying her the validity or dignity of pain.

On a basic level, what is Jamil doing? She’s not trying to achieve accolades due to her medical history. She’s not attempting to monetise it either. Instead, she’s speaking about her perceived experience. Whether you believe she’s a virtue-signalling fraud or an incredible advocate for those with chronic illnesses, it’s not our job to assess the medical needs of others or to invalidate their experience. We aren’t experts and we shouldn’t pretend to be – in the case of chronic illnesses, even the experts can get it wrong. At best, such claims betray our ignorance. At worst, they’re reckless, cruel and potentially dangerous. If you don’t trust Jamil, then don’t engage with her. But don’t join a bullying tirade on social media in an attempt to prove her wrong. You never know who is listening and living the same experiences, being shunned into silence. This week in particular, we’ve seen the impact that scepticism and scrutiny online can have upon the mental and physical health of others. Be open to learning more about others’ experiences and be kind.