When you imagine an eccentric Dickens character or an armored knight of Arthurian legend, you probably don’t picture an ethnically Indian man. Dev Patel proves that you probably should. On theater screens now, Patel shines as the titular character in The Personal History of David Copperfield, based on the classic by Charles Dickens. He also wields a sword with utter ease in the first trailer for The Green Knight, David Lowery’s adaptation of a popular Arthurian poem where Patel stars as Sir Gawain. By casting Patel as classic British literary characters, both adaptations have enlivened debates about the merits and perils of nontraditional casting. But how “nontraditional” is Dev Patel’s casting, really?

Within a preliminary conception of “nontraditional,” Patel’s casting as David Copperfield and Sir Gawain certainly qualifies. Often referred to (problematically) as “color-blind casting,” nontraditional casting involves employing an actor irrespective of their ethnicity, skin color, or gender. Distinguished from whitewashing, nontraditional casting typically refers to instances where actors of color are chosen for roles initially imagined for white actors. Even beyond the choice of Dev Patel, The Personal History of David Copperfield is a great contemporary example. Many major supporting characters are also cast nontraditionally, like Benedict Wong as Mr. Wickfield and Nikki Amuka-Bird as Mrs. Steerforth. And the film demonstrates just how successful this casting method can be – the delightful ensemble’s infectious humor and chemistry earned the film a BAFTA nomination for Best Cast.

Consequently, Dev Patel’s disruption of the typical, all-white ensembles of British period pieces can be viewed as thrillingly progressive. And if The Green Knight is anywhere as good as The Personal History of David Copperfield, the success of that nontraditional choice opens work opportunities for other actors of color within film adaptations of classics, in the same way those roles have been opened on the theatre stage (take, for example, Ruth Negga as Hamlet or the entire cast of Broadway sensation, Hamilton).

However, a closer look at the Dev Patel example in particular disrupts the simplicity of this traditional versus nontraditional binary. After all, the imagined whiteness of both David Copperfield and Sir Gawain stems from these characters’ Britishness. And Dev Patel is British.

Contrary to a filmography that largely casts him as a character born in India (Slumdog Millionaire, two Best Exotic Marigold Hotels, Hotel Mubai) and thrust into white spaces (The Man Who Knew Infinity, Lion), Dev Patel was born and educated in a London borough. He first visited India to film Slumdog Millionaire, and often speaks about how he uses his projects in India to help him better understand his own heritage and identity. So while his casting as David Copperfield and Sir Gawain causes furor due to his Indian ethnicity, his unimpeachable Britishness conversely makes him the target of criticism whenever he is cast in a role intended for an Indian-born actor.

In one interview, Patel expressed his frustration with such critics, saying, “I get flak sometimes because people will say, ‘Why aren’t they giving these roles to a real Indian?’ I wonder, what does that even mean? The only way I can converse with my grandparents is in Gujarati. Does that make me real enough? Or am I only allowed to witness the moments of prejudice and racism going through airports? Is that the only bit that I’m allowed of the culture?”

Turning that question towards the other side of Patel’s identity, what bit of British culture is Patel allowed? Does being born and raised in London make him “real” enough to play British characters?

To conclusively define Patel’s David Copperfield and Sir Gawain as “nontraditional” seems to imply that the characters’ whiteness supersedes their Britishness. That implication feels like a disservice to both works. Much of Dickens’ writing is grounded in a critique of wealth inequality and classicism within British society. And while his work has universal appeal, it is also uniquely, contextually resonant. Additionally, the Arthurian legends are right up alongside Charles Dickens, Harry Potter, and the Queen’s corgis as aggressively British cultural exports. David Copperfield and Sir Gawain are thus undeniably British characters, played by a British actor. In that light, Dav Patel’s casting is about as traditional as it gets.

Of course, casting is not so simple. Film is a visual medium. A seeing audience will always note an actor’s skin color and ethnic background – which is why the Actors’ Equity Association resists the term “color-blind” casting. Consequently, Dev Patel is trapped within the current traditional versus nontraditional casting paradigm. To some, he’s too British for Indian roles. To others, he’s too Indian for British roles. It’s the age-old dilemma of second-generation immigrants – a suitably oxymoronic description for an often-oxymoronic experience that I (a Syrian-American) and others share.

So rather than be caught in a simplistic debate between the merits of traditional or nontraditional casting, Dev Patel invites us to engage in a more wholesale reimagining of casting in film. Maybe instead of overvaluing skin color and thus uplifting a singular, ethnic identity as “British,” film casting should actually represent the diversity of ethnicities, cultures, and identities in modern British society. After all, if teachers ask students to celebrate these classics as part of British culture, British children should be represented in their visual adaptations – regardless of their ethnic background. As Patel says of Copperfield, “I’m from North West London, and the idea that we’ve spun a version of this film that allows kids from there to find a face they can relate to is really exciting.” So while Dev Patel’s casting is considered nontraditional now, maybe it shouldn’t be.

Besides being great films, The Personal History of David Copperfield and The Green Knight have an additional opportunity to serve as sites to explore, debate, and discuss belonging, othering, and the place of second-generation immigrants. Film harnesses the fullest extent of its political and historical power as a medium when it can foster these debates, learn from them, and ultimately better represent the audiences on the other side of the screen. To this end, The Personal History of David Copperfield is a resounding success. And The Green Knight is also another step in the right direction. All hail, Dev Patel. 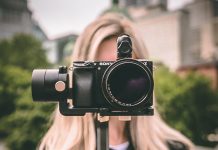 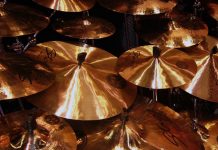 The revolutionary empathy of Sound of Metal