Allyson Obber reviews the first play in a term of unusual drama - both on stage and off it. 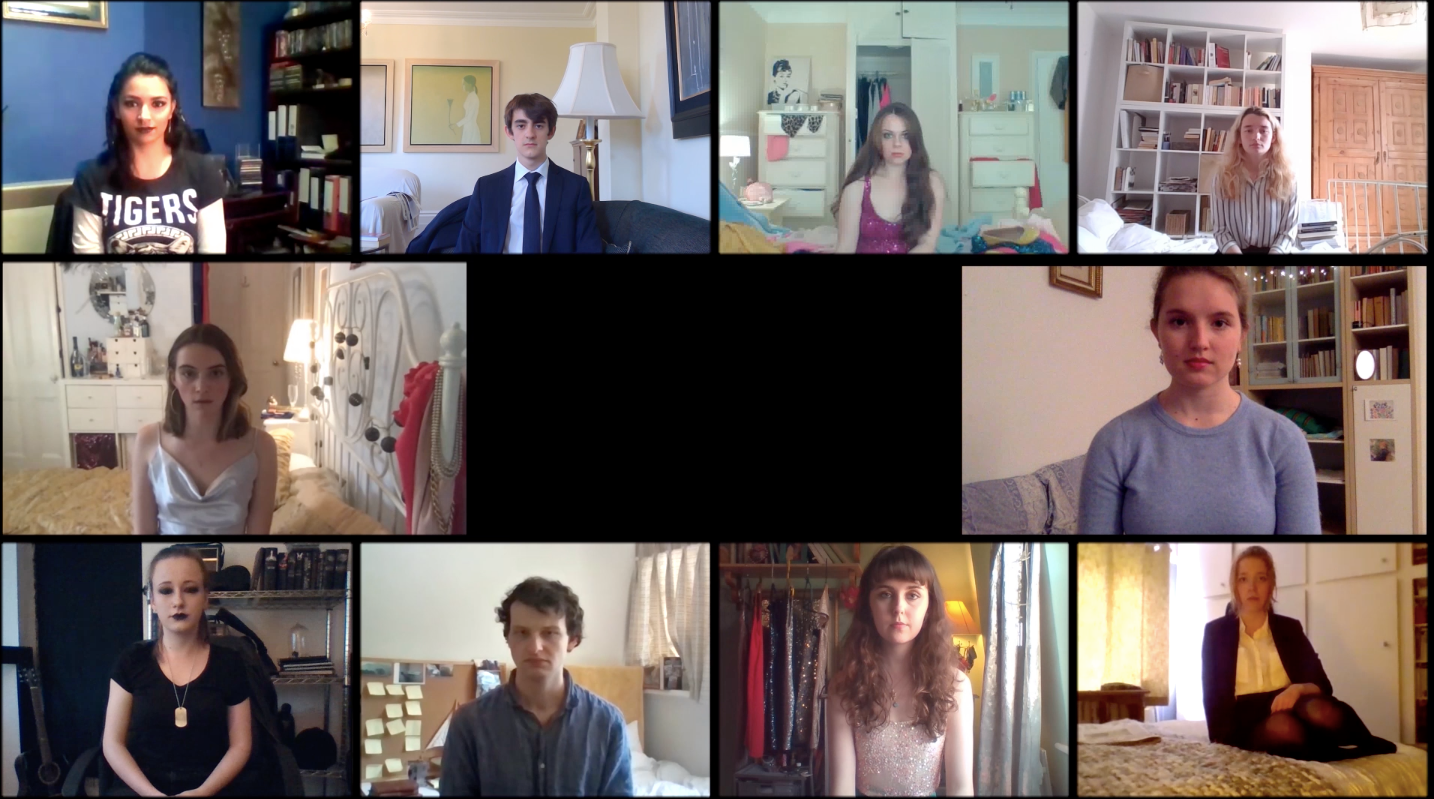 Not Way Forward Productions has managed to put up a brilliant virtual version of ‘Richard II’ in pre-recorded video format. It is well-executed – a good effort that overcomes many of the hurdles that an online play might face. It runs at less than an hour long with accurately adapted Shakespearean dialogue – if that feels daunting, there are subtitles – that follows Richard II, an inept king (or queen, in this adaptation) and a very flawed man (or woman, in this case), clumsily governing England as the people start rebelling and the nobles conspire against him.

The format of the play must be commended as well. It is online, and, while it is clearly because of the current pandemic, it was also brilliantly used as a framing device for the story, using Zoom meetings and phone calls as the methods of communication between characters. It gives the story a very realistic atmosphere, as characters are limited in space and action, and elements such as set design or costumes cannot bring cohesion to the play in the way they normally would – while still being tastefully selected. In some way, this weirdly intimate format makes the characters feel more like actual people.

This is helped by Dorothy McDowell’s great directing. There is not a moment where the scene feels slow: stillness and movement are carefully balanced, with the actors showing the idiosyncrasies of their characters very well. From Northumberland’s (Harry Berry) composure and self-assurance, to York’s (Lola Beal) anxieties and resignation, everything must be conveyed briefly and efficiently, making every action purposeful. Relationships between characters were rendered quite well, which is not an easy task considering that the actors did not share the same space.

The cast worked together seamlessly, with no one actor stealing the scene or disrupting the flow. This is an ensemble piece, with many characters dividing the screen time in an impressive balancing act. Maggie Moriarty, playing the title character, managed to be both delightfully horrible and pathetically weak, while still not feeling like an overbearing presence. Even Henry Bolingbroke (Maya Jasinka), feels understated: while prideful and with a great feeling of righteousness, they do not feel like an incredibly powerful antagonistic force – but a more flawed, human one.

It is a good adaptation of ‘Richard II’, maintaining the important plot points while sacrificing minor ones. This is understandable considering the length of the final product, yet at times it does feel slightly rushed, with decisions feeling too abrupt or unwarranted, and not enough time given for the audience to pause and take in the story. It is certainly not boring, but if you are unfamiliar with the plot then you might wonder why certain things are happening. Still, this should not worry too much, as it does not happen often and the plot is still comprehensible – it might just not be very clear in some moments!

Overall, it is a very well-balanced, well-crafted play, that offers a very enjoyable hour of theatre and fulfils its promise, with a clearly good crew behind the scenes and an equally good cast.

With excellent acting and an impressive use of remote theatre's limitations, 'Richard II' is a worthy watch.Review: Richard II