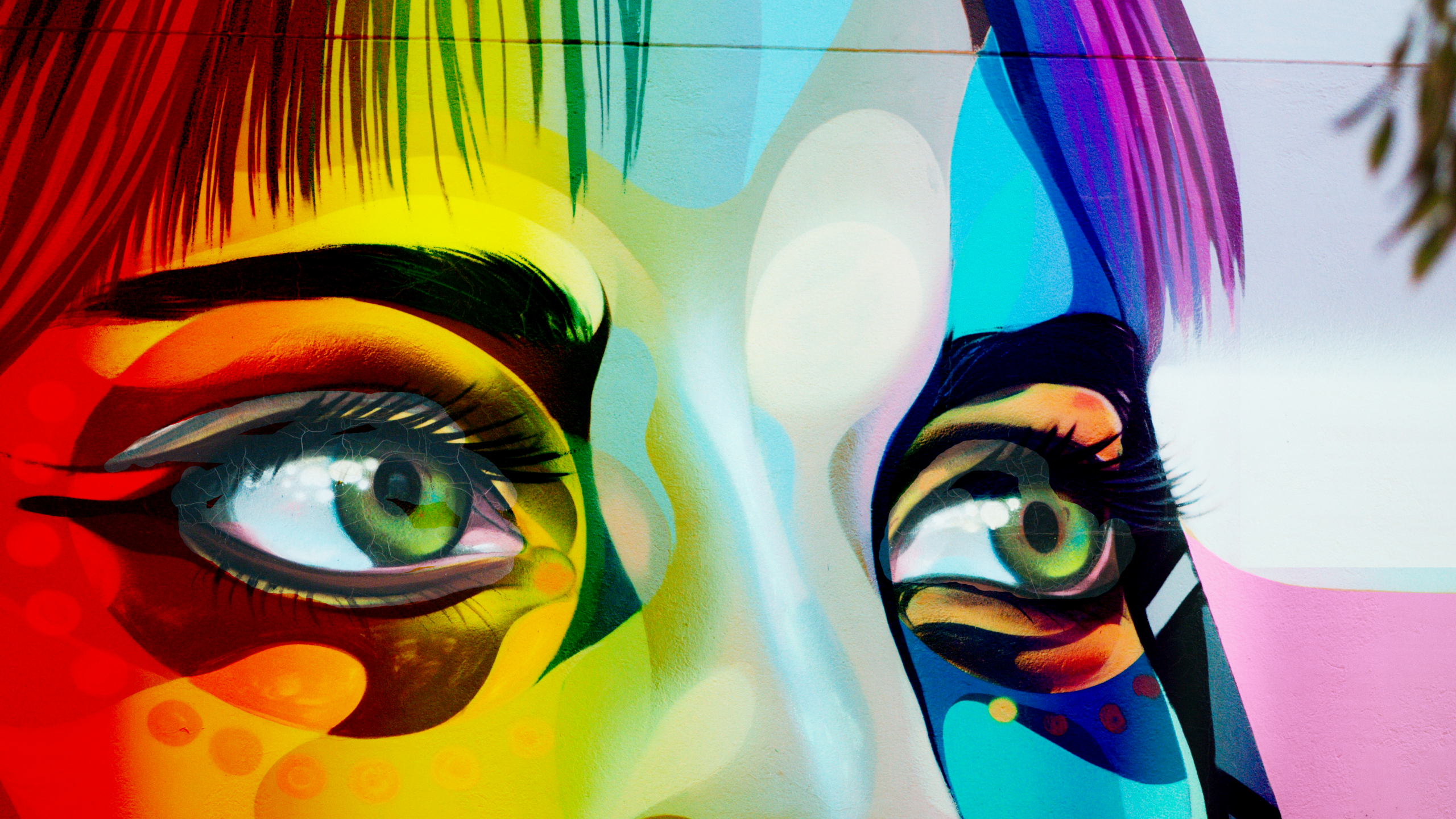 Whether as a cathartic enterprise, a desperate attempt to express that which is screaming loudly inside, or a very crafted masterpiece, art makes the intangible tangible. In its process of creation, in the evocative realisation of that dream, desire or idea, the artist’s identity leaves a mark. It’s inevitable. Nothing could transcend the realm of the intangible without being shaped by the artist’s hand or mind. So, when asked if people have to “use” their identity in art, I couldn’t help but say “I don’t think they can help it. Not with art.”

There are, of course, many layers to the question of artistic creation. While there is an inherent presence of the artist’s identity in the finished “product”, the explicit desire for it to reflect one’s own narrative or experience seems to be more contentious – especially when it comes to queer artists and the hypothetical pressure of including themes about gender and sexuality in the artistic creation.

Having grown up being absolutely bombarded by representations of heteronormative relationships, narratives that depicted very specific understandings of “acceptable” gender norms, I would have never thought gender and sexuality were something solely queer artists touched upon. As was very eloquently put by Céline Sciamma in her Screenwriters Lecture at the BAFTAs in 2019, the process of artistic creation is one that derives from, and is shaped by, our desires. She spoke of her writing process and the absolute necessity of loving the creation of a scene, of desiring it.

That strong feeling of desire, of needing and wanting to create something, is present in our everyday interactions with the world. Whether it’s catching up with a friend, stopping to pick up a flower on a walk, or deciding what book or show to watch next, our identity is shaped by the decisions we make, by the desires we have and our management of them. With something as strong as that guiding our movements, setting the rhythm of that which we call life, how could it not be present in art? How could it not be involved, how could it not guide, the intangible towards the tangible, when it guides everything else?

When two characters fall in love, the way in which they do so, the narrative they create and belong to is inherently something which derives from the artist’s experience – that’s fairly straightforward. But the question of how that experience is transcended onto the page, the actual process that enables the creation of a scene, its characters, and of the realisation of that artist’s desire, is slightly more complex.

Understanding our emotions is something everyone struggles with: if not always, then at least at some point in their lives. How we manage our emotions, in relation to others, is also often a herculean task. While the desires of others at times conflate with ours, we find ourselves needing to take them into account if anything fruitful is to derive from our relations. The way we often conquer these fears and the way we manage to make sense of it all, and act on our emotions accordingly, is often through our learned experiences. Through behavioural patterns we observe, judge, and pick up. We look at the examples in our lives: of people, fictional or otherwise, seemingly exhibiting similar struggles to ours. In a sense, art creates a language that enables us to better understand and explore the most intangible, yet absolutely crucial, aspects of our lives. We seek comfort in it – guidance, answers, reassurance that we are not alone.

But what happens when that art doesn’t seem to reflect your experiences? When your desires and your attractions seem to differ from the narratives on the screen, countless stories written across pages. Or when your gaze, the way you look upon the world and its people, differs from that imprinted on photographs, sculptures, and paintings? That element of comfort and understanding, that explanatory language, disappears. Or, worse even, makes itself at home in your brain, urging you to “adapt”, to “follow the norm.” You push aside all feelings or desires that conflate with what is expected of you, and has been, since birth.

Lack of representation of queer narratives in art and the cis-heteronormalizing of queer art hinders humanity’s understanding of the multifaceted nature of desire, identity, sexuality, and in an encompassing way, of human experience. No one except the archaic structures of power and authority, the daemons that keep us up tonight and spew hatred, benefit from it.

Much debate has currently arisen from increasing queer representation in the arts, particularly on the screen. Some internet users seem adamant for this to “stop”, see “no point in it”, and the ever-present argument of “children shouldn’t be exposed to this” is as strong as ever. The fear, of course, that by being able to experience them, they will have a “greater chance of becoming queer.” It baffles me that this idea pervades. Having grown up watching nothing but the straightest of narratives (Disney Channel I’m looking at you), reading the most cis-heteronormative of stories, and being “protected” from anything that resembled queerness did not manage to make me straight. Nothing could be further from the truth.

What it did, however, was lead to an incessant desire to read characters through queer lenses. To go on about how much Horatio and Hamlet loved each other in English class. To absolutely adore Nymphadora Tonks’ shape-shifting abilities. To salute anything and anyone that defied gender norms. Even at a very young age, I decided I’d dress up as a knight for my classmate’s birthday parties, ever hoping I could run away with my best friend at the time, the most incredible princess in my eyes. I wasn’t trying to make any sort of statement; I was merely trying to speak my truth.

I was, in every decision I made, acting on my desires and managing my emotions, all the while feeling increasingly conflated about why people stared at me, or why my parents would take me aside and explain that that was the last time I would be allowed to wear the costume, and would be wearing the dress instead. Apparently, I ought to wear make up more often, because boys found that attractive, as opposed to playing football with them and “being one of the lads”. I didn’t understand what me playing football had to do with liking boys, or more importantly, why everything in my life seemed to be directed at being desired by them. But I knew it should do. There were enough works in my life telling me that’s what a teenage girl should want.

The act of representing these narratives, of ensuring people recognise these works as queer, is undoubtedly a political one. It challenges the norms that our society is ridiculously still built up on. And any form of challenge to prevalent structures of power and authority is regarded as political.

If queer artists have any responsibility to depict “queerness” in their work, it is merely the same responsibility as any artist does: that of creating something that enables the transcendence of the intangible to the tangible. Something that speaks of human experience, that alludes to and is driven by our desires. And while that task is made increasingly difficult due to centuries of erasure, marginalisation, oppression and denial, it surfaces in every work produced by queer artist because of the mind and hand that realise them.