CherwellOxford\'s Independent Student Newspaper
More
Comment Silence is complicit, but so is inaction: Why JCRs and British institutions... 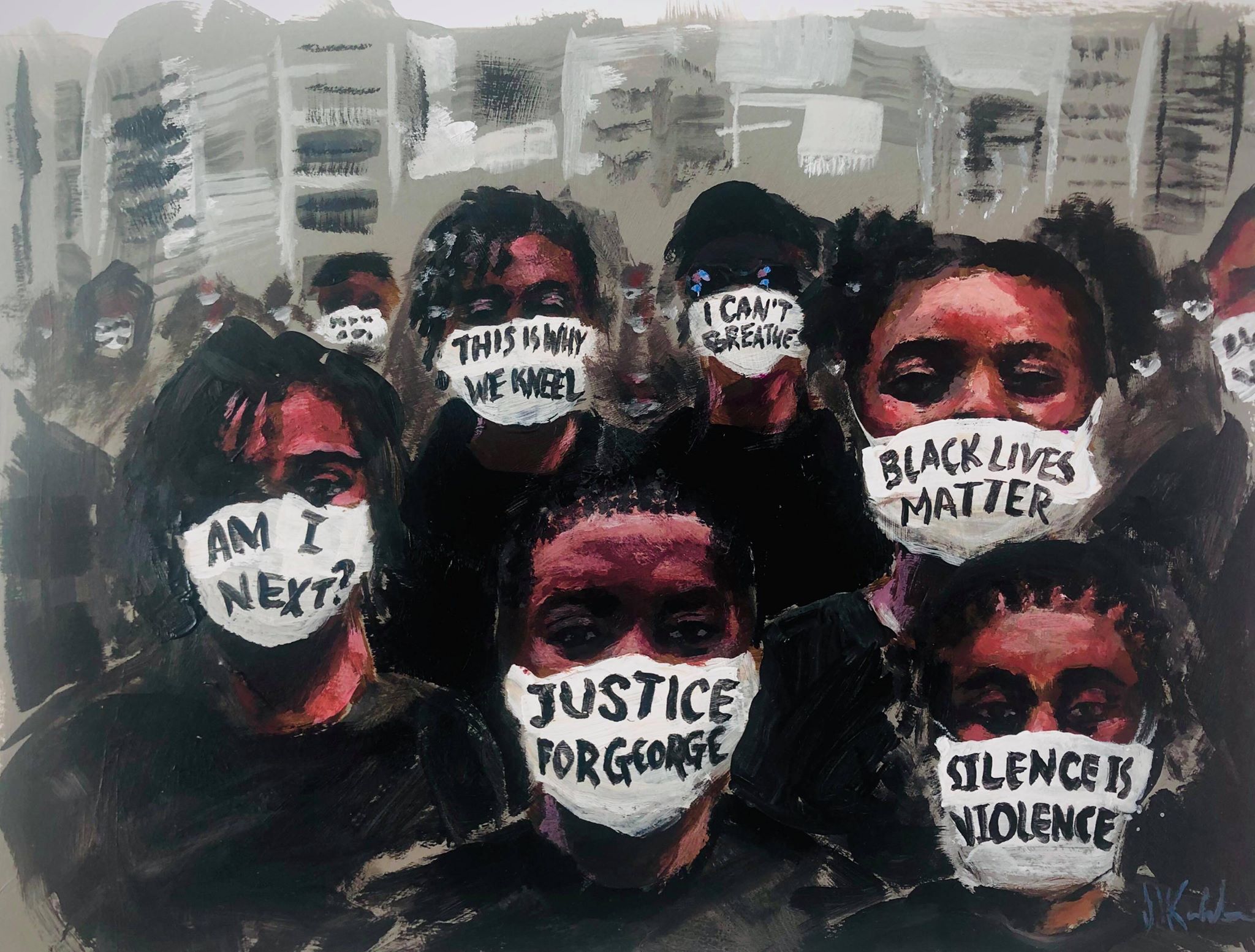 On Sunday 31st May, we brought a motion to Christ Church JCR to donate £720 to the Black Visions Collective, Reclaim the Block, and the Minnesota Freedom Fund.

The motion was considered at an Extraordinary General Meeting, called through petition, for the specific purpose of debating this motion. Our thanks goes to the 150+ members of Christ Church JCR who responded to our appeal for signatures. The motion passed unanimously without debate.

The funds were collected through the JCR appeals levy. £320 was donated to the Black Visions Collective and Reclaim the Block respectively, while the Minnesota Freedom Fund received £80.

It is upsetting that it took a 10 minute video of the brutal murder of George Floyd by police to open the eyes of the world to the pervasiveness of racial injustice in our society. While there has been a lot of support from white allies, taking a public anti-racist position, there has been a harrowing silence from our public figures and politicians in denouncing America and the events of the past week.

George Floyd’s death is not the first instance of police brutality. He joins a long list of black people whose lives were cut short by a system of violent oppression and degradation. This event is yet another reminder that those in power hold such evil contempt and disregard towards the black existence.

If not now, then when will we finally see real efforts towards change – when will we finally be free to live without fear of unjust arrest, police brutality, and extrajudicial killings? Six years ago the words “I CANNOT BREATHE” were on our posters and painted on our walls. Six years later we are here again. We are still angry and a new generation of disillusioned black children have joined the streets to protest against the same injustice we have been fighting for countless years.

Let us not allow our concern for the fight against racism to burn out when American cities stop burning, when George Floyd is no longer the number one news story, and take real action now.

The silence of the UK Government on the events occurring in the United States is unacceptable and unforgivable. Our institutions must come together to denounce the racial injustice occurring in America because no one else is. Our own leaders are failing to voice our outrage and have chosen a position of neutrality.

The Foreign Secretary, Dominic Raab, when asked about President Trump’s threatening and racially charged comments in relation to the riots, chose not to comment. By choosing to remain silent, he has signalled to others in privileged positions that it is okay to keep their heads down and hide from the blatant inequality faced by black people. By choosing to remain silent, he has chosen to support the world as it stands, including its biased and racist systems.

Without action from our leaders, the impetus falls on us to respond. In the past couple of days, much inspiring and notable work has been done to help African American people and the family of George Floyd heal from this unbelievable tragedy. Danielle Welbeck was able to raise over £12,000 in one day for the National Lawyers Guild Inc. Every JCR should join her and take initiative, to contribute and do their part to help the African American community who are currently in a state of anguish as they are beaten, shot and maced when exercising their right to protest.

Proposing and voting for donations to black freedom causes through JCRs is a direct and proactive way to help and make an immediate impact on the condition of protesters fighting for a better future. JCRs coming together to discuss racism and donate funds to the battle against racism helps to make up for the failures of our national and international leadership to address racial injustice. We have all witnessed students take to social media to show their support for the Black Lives Matter movement, the protesters and George Floyd. Whilst voicing your anger and concern on social media helps to build awareness, it is not enough to effect real change. We are in danger of forgetting the significance of racial inequality and once again seeing more black lives lost. People must not become complacent, and remember their social media activism is an insufficient contribution to the movement.

Donations to black freedom movements are a significant way to help this fight against racial inequality and injustice, going towards rebuilding communities and healing social divisions. They also, in the long term, go towards building the political capital of the black community so that concerns about institutional racism in the police force, and state sponsored racialised violence, do not go unheard. Reclaim the Block, the Black Visions Collective, Campaign Zero, Unicorn Riot and several other grassroots organisations would welcome donations from your JCR which would go towards creating the safe and inclusive America that the black community deserves, paving the way for an end to racial injustice everywhere. Please, to all JCRs, do your part.

Indeed, on racial discrimination, the University of Oxford is far from immune and has been complicit in its perpetuation. From controversies surrounding Cecil Rhodes, to the confrontational interactions with Oxford custodians, black and minority students today still face the consequences of racial bias and inequality.

Beyond Oxford’s duty to contribute to correcting racial bias due to its own shortcomings, the University is a powerful and influential platform which should be used to effect change. Though a few hundred pounds from the purses of JCRs may do some good in helping overcome this issue at present, if we truly want to benefit the black students that will continue our Oxford legacies far into the future, a far greater shift in both mindset and policy is required.

A donation by Oxford University in the fight against racism will not only immediately help the African American community currently suffering, but also sends a strong and clear message that Oxford is actively anti-racism and does not take a position of neutrality in situations of injustice. It will also signal to other powerful institutions to follow suit and actively fight against racial injustice.

The black community has been rioting and protesting the same issues for generations and to no avail. The same institutions that were complicit in the perpetuation of these pernicious norms must now act to break them and reform the status quo; they must be the ones to push the change onto those who have not yet joined the fight. We are not asking for white saviours, but we are asking for white allies to say that enough is enough, to say that they no longer wish to benefit from a system rigged in their favour at the expense of other human beings.

Oxford has the power and influence to affect real change, and silence on the issue of racial discrimination can only be interpreted as an act of violence against the black community, and therefore against all black students at Oxford University. As an institution with international influence and a history of complicity, Oxford must act now and do their part in ending the oppression of the black community.

What is unique about the circumstances of this situation is that the world is suffering racial inequality together with the outbreak of COVID-19. Strikingly, we have watched how COVID-19 deaths have disproportionately affected Black and Ethnic Minority communities. This is not because of any inherent biological difference within BME communities, but because of the entrenched nature of racial inequality, even in the UK.

Racism is a global issue, not a virus infecting the United States alone. Global support for George Floyd and all the victims of police brutality and the defunct justice system is crucial for progress against racial inequality. The international community and the UK government’s failure to address this deep rooted problem in our community is an act of violence. It is a direct contribution to the circumstances that makes the world a dangerous and uninhabitable place for black people.

Without the collaboration of the international community to hold the United States to account for its treatment of the African American community, we will never see the dismantling of the structures that oppress black people in America and around the globe and the violence, hatred and suffering will continue. In response, the UK Government must take a stand, call out discrimination where it exists, and commit to never allowing this to happen again.

Generation after generation have protested against the exact same issues because nothing has changed. We cannot allow this to go on any longer. It is not enough to not be racist, you must actively fight against racism or your inaction perpetuates a system that subjugates and brutalises the black community. It is sad that it took the death of George Floyd on camera, in broad daylight, to highlight a problem that has existed for hundreds of years, but this must mark a crucial shift in society to prioritising race issues.

We urge individuals to donate, take action, and protest. We urge other student bodies, if you have not done so already, to raise motions to donate to this cause. We urge institutions from the University of Oxford to the Government to take a stand, and take the first step towards reversing centuries of discrimination. People of privilege should take this time to educate themselves, reflect and do everything they can to make sure that the status quo no longer persists and the next generation lives in a better tomorrow. 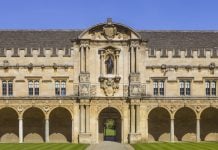 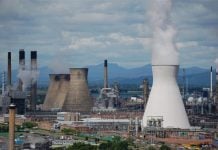